The fourth mission of Kane's Wrath entails Kane's Grand Gesture, a raid by the Black Hand against a Tiberium research facility in Australia defended by the Steel Talons.

After bringing the Black Hand back into the fold and gaining access to their intelligence network, Kane learned of the facility's existence and ordered LEGION to destroy it. By destabilizing their experiments and destroying the facility, Kane hoped that the raid would rally the various splinter factions of Nod to his side and make the Brotherhood a unified and powerful force once more.

The Black Hand has already deployed a large base near the research facility by the time LEGION arrived, and already fighting had broken out between the two sides with hundreds of men dead and dozens of vehicles already destroyed.

﻿The Black Hand base came under heavy assault from GDI's Steel Talons division but under LEGION's command it held off every attempt. To bolster its forces, LEGION had Saboteurs capture the many Purifier husks left behind from the ongoing battle and repaired them for combat.

The Liquid Tiberium research facility was heavily protected by the Steel Talons division but its economy was fuelled by the harvesting operations outside of the facility's perimeter. The Black Hand burned the harvesting base to the ground as well as the large concentration of power plants powering the facility's defenses. With the defences down they stormed the facility base itself, where LEGION chose to destroy the research facility first rather than engage with the Steel Talons. The Black Hand complied, and the facility exploded in a cataclysmic Tiberium detonation.

The detonation of the Tiberium being experimented upon by GDI caused a chain-reaction in the surrounding landscape, consuming the area in a massive explosion and killing everyone still present on both sides. Even worse, the explosion had the effect of spreading radioactive fallout and Tiberium particles all over the region, accelerating the process of Tiberium contamination. Kane's grand gesture was successful, though tens of thousands lay dead in the immediate blast area alone because of it.

Kane's "grand gesture" reduced much of central Australia to a Red Zone, proving to the downtrodden masses that GDI was not all powerful, that it was worth joining Nod to fight once more, and so rebuild Kane's army. Moreover, the secretive nature of the facility left the blast a mystery to much of the civilian population, and public anger was roused with the displacement and death of millions of people on the continent, leading to something of a scandal. GDI authorities thought the attack was nothing but an accident at the facility. The explosion was in fact so powerful that the damage it caused would not be exceeded until the detonation of the Liquid Tiberium Bomb at the end of the Siege of Temple Prime during the Third Tiberium War.

LEGION enters the field with a small force. As the base is being built up, Steel Talons will attack you constantly. Ensure that when recovering the purifiers, your saboteurs are well protected. Build up your base, make an army. Then you have a choice to take out the power or just siege the facility. You can use your Purifiers completely to finish the mission. Once the facility is destroyed, the lab will explode, possibly result of a Tiberium experiment. Then, you will lose the units that you used to destroy the lab.

There are 2 Tiberium Spikes north of your base. You can capture those for additional resources. Be sure to defend them however. 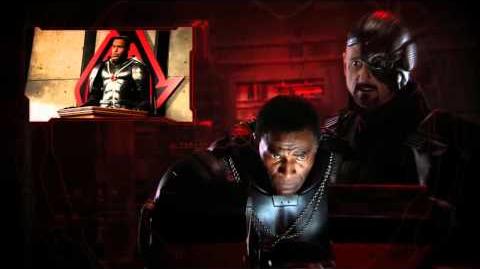 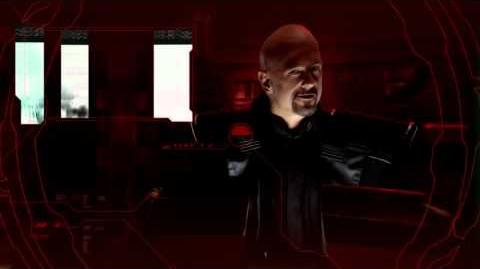 C&C3 Kane's Wrath - 05. Reunification
Ending of Act 1
Add an image to this gallery
Retrieved from "https://cnc.fandom.com/wiki/A_Grand_Gesture?oldid=229332"
Community content is available under CC-BY-SA unless otherwise noted.