A Monument to Madness is the sixth mission of the Allied Campaign in Command & Conquer: Red Alert 3.

With the liberation of Gibraltar and the destruction of the Floating fortress in the North Sea, the alliance between the Allies and the Soviet Union appeared to be successful. However, Field Marshal Bingham suddenly received an emergency transmission from Premier Cherdenko, who angrily stated that he won't stand for the Allies' "treachery".

It appeared that one of the Allies' relay satellites was targeted right at Moscow, its source being a command post located in the Mount Rushmore monument, one that the Allies have no record of. Bingham quickly tried to contact President Howard T. Ackerman, the only Allied leader against the alliance with the Soviets due to his staunch anti-communism views. But the President merely commented that Bingham could "thank [him] later when this is all over" before cutting off the transmission. Knowing that allowing Ackerman to destroy Moscow would cause the Soviets to retaliate, the Allies were forced to eliminate the mad President.

Special Agent Tanya, as well as several engineers and spies under the command of the Allied Commander and Commander Warren Fuller respectively, were sent in to destroy the communications tower at a forward outpost near Mount Rushmore. Tanya eliminated the attack dogs defending the outpost, allowing one of the spies to sneak into the outpost's power plant, disabling the Multigunner turrets defending the outpost. With the base defenses down, Tanya quickly wiped out the outpost and destroyed the comm tower, preventing Ackerman from transmitting the launch codes remotely.

At the monument itself, the bust of Roosevelt cracked open to reveal a massive intercontinental laser, poised to fire at Moscow. Though the communication tower was destroyed, the weapon could still be fired, though Ackerman would have to enter the firebase close to the weapon itself.

An MCV was deployed at the previous site of the outpost, and several more engineers, commanded by Warren, reactivated an abandoned base nearby. However, Ackerman soon attacked the bases with Multigunner IFVs, Riptide ACVs, Guardian Tanks and squadrons of Vindicators. In response, the Allied high command authorized the Allied Commander to construct Mirage tanks and Spectrum towers. Several loyalist Mirage tanks, which had been stationed here all along, were also transferred to the Allied Commander.

As Ackerman approached the monument, he activated several Head Control Centers, which caused the busts of Jefferson, Lincoln and Washington to transform into long range laser platforms, capable of vaporizing battle tanks with ease. The control centers are not accessible by land, so the Allied Commander ordered Century Bombers to airdrop engineers near them, allowing them to disable the laser statues.

With the laser monuments disabled, loyalist Allied forces finally managed to push through the Rushmore firebase's defenses, destroying the firebase before President Ackerman could reach it.

Unable to fire his super weapon without the firebase, Ackerman Chronoshifted his limousine to an airport south of the Mount Rushmore monuments, and his personal helicopter, quickly flew in and dropped off five Javelin soldiers to cover his escape. Boarding the helicopter, the President attempted to flee the area. However, the Allied Commander shot down the helicopter, and the mad President was killed.

After Ackerman's death, the Vice-President of the United States succeeded as the president, and the Allies began preparing for their joint offensive on Empire soil with the Soviets. Unbeknownst to them, however, the Soviets have their own secret agenda...

The first "commando" part involving Tanya is very straightforward and will not be discussed.

This strategy focuses on fast finish time and ignores secondary objectives. Once Mirage Tanks are available, build as many as you can. A well managed tank rush is enough to destroy the fire base. Co-commander's troops can be mobilized to help create diversion. But by nature the tank force is suicidical and likely not a single tank will survive. After that, use 2-3 Apollos to intercept Marine One to finish the mission.

This strategy aims to complete all secondary objectives and minimizes casulties. 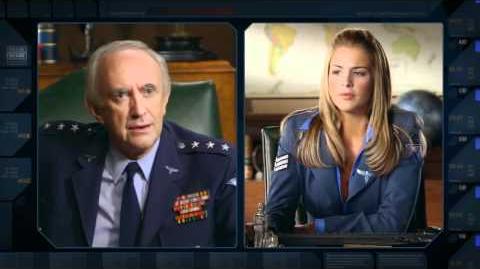 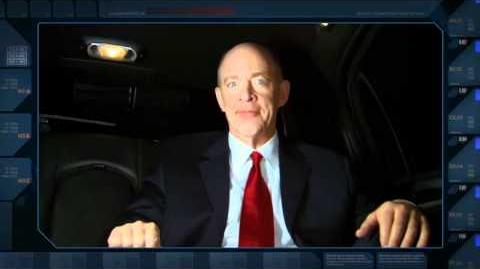 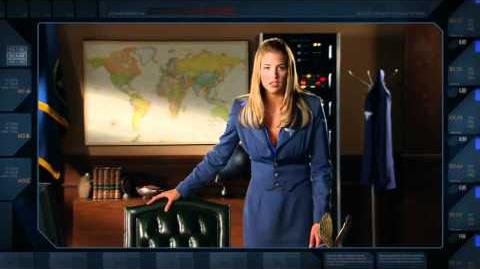 Retrieved from "https://cnc.fandom.com/wiki/A_Monument_to_Madness?oldid=231375"
Community content is available under CC-BY-SA unless otherwise noted.