A Much Brighter Future

The USSR underground had destroyed FutureTech's military at Murmansk in northern Russia. Dasha informs the Commander that Rupert Thornley had established a base and military HQ in Mexico. The Commander is sent to the Yucatán Peninsula and target the enemy bandits.

Soviet forces had succeeded in sending a small taskforce from Cuba. This will include Sickle, infantry, and introducing the not so all new Reaper detachments. The battle takes place on an archipelago offshore near Mexico. A group of Twinblade helicopters will also be slated to your command.

Mobilize your transports to the nearby island. Be advised not to use a Proto Jump from your Reaper unit as it wastes down your precious anti-armor and anti-air resource. Place some parties to locate hostiles and plan ahead using resources at hand (for example Terror drone's disabling beam for anti-vehicles to destroy). Locate the outpost and destroy it.

Mobilize your forces again to the next island, but don't forget to split the taskforce in two, so that the enemy won't stab you from behind. Utilize the Twinblades to locate and destroy the Prospector. Make use of Terror drones again and back them up with a Reaper (share it on both islands) to counter the air threat. When its over, an MCV will be allocated to its command. Deploy it immediatelly and send in Sputnik vehicles to a nearby island with resources for the economy.

FutureTech at this time will engage you with standard Allied forces. But, they will also willing to demonstrate their latest experimental gunship, using your units as target practice. In order to defend the base, a good idea is to deploy a Barracks and unleash the mighty infantry hordes. Crusher crane can also be built to repair your units. However, offense is the best defense. Use your Twinblades and Terror drones for recon and locate FutureTech's main base along with their lavish officers. You may sneak some Engineers on the Twinblade and deliver them to the top right position of the enemy base to retake their Airfield. Build your maritime siege engine and cover them with your units. A Best bet is that an Allied Aircraft carrier is recommandered using Natasha sniping its naval leader. Lay siege to the base and demonstrate the motherland's will to the corporation.

From the ruin of the base, you will have an intel on their core-of-the-problem's location. Dasha will to muster any available forces to the area. And as the bulk of their forces are in a vegetative state, the mission will be completed since you destroyed your enemy and Rupert Thornley contacting you in the middle of this battle.

The Soviets were nearly on the verge of rising a new Union of Soviet Socialist Republics and announce on Earth about plans of a irresponsible weapon that changed Time Travel forever. Dasha and her veteran race towards an island where Rupert Thornley is holding a secret weapon.

The first part is disabling the enemy with sickles and other units. The new unit is the Reaper which are anti surface and anti air units that can use proto jumps to destroy enemy units and turn into a makeshift defense turret. After the areas are cleared destroy all the prospectors before they make it into the enemy bases. Beware of the Harbingers, the carriers and the futuretech air and sea forces.

Once the prospectors are destroyed build a large navy and air force of kirovs, migs, dreadnoughts and akulas and clear the map of futuretech. The proton coliders and the chronosphere will cause trouble if not checked. 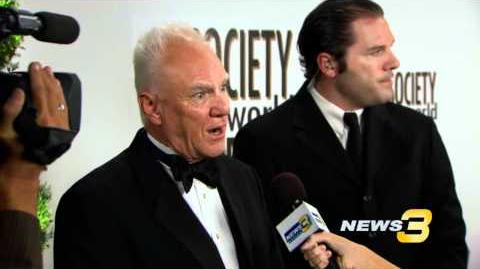