A New Beginning is the thirteenth and final Nod mission in Tiberian Sun, in which GDI fails to prevent Nod from using 3 ICBMs to destroy GDSS Philadelphia, allowing Kane to launch his World Altering Missile.

In order for our ICBMs to shoot down the Philadelphia, they must be able to triangulate the station's position. Our spies have placed beacons at the optimal deployment locations. Once the launchers have been moved to the beacons, the station's fate is sealed and the Temple of Nod may be built. Move with all due haste. If the Philadelphia is able to complete three orbits, it will lock onto our position and destroy Kane's plans.

﻿Kane's vision was nearly complete. However the last obstacle standing in the way was GDSS Philadelphia, GDI's orbital command center. If the space station located the World Altering Missile before Nod could launch it then Kane's plan would fail.

Based on CABAL's calculations, the ideal point for Nod to make a successful strike against the Philadelphia was at the icy regions of Hammerfest in Norway. Nod spies infiltrated the area and placed three beacons for Nod ICBMs to deploy.

Unsurprisingly, GDI had a strong presence in the region and would fight off Nod at any costs. What was worse, Hammerfest base was under direct command of Michael McNeil, GDI's most talented commander.

Facing this, Nod "persuaded" (or rather, seduced) Jake McNeil, Michael's younger brother, to switch off the "impenetrable" Firestorm barrier at Hammerfest Base. To further ensure victory, Slavik may have even managed to hack into GDI's ion cannon superweapon beforehand.

A Nod buggy pretended to pursue Jake back to Hammerfest. The GDI guards switched off the Firestorm barrier to let Jake in. Jake, to his comrade's surprise, instead deactivated the Firestorm barrier. The rest of the Nod escorts arrived. They wiped out the guards and captured the GDI border posts, and established base of operation nearby.

The beacons were placed at three different points in the region. The first one was close to where the Nod forces bunkered down on and so they immediately deployed one of the ICBMs there. The other two were located much further away and scouting parties reported that they were near the main GDI bases before transmission was lost. Also Slavik only had three hours to deploy the ICBMs before the Philadelphia completed its third and final orbit of the planet. Rather than just rushing into the bases, Nod called on their full arsenal, including their Cluster Missiles and the hijacked ion cannon to systematically destroy the GDI bases. However GDI stubbornly held on and even made heavy assaults on the Nod positions, also making use of their full arsenal including the Mammoth Mk. II. However Slavik's clever use of tactics forced GDI to crumble even in a war of attrition. One of their secondary bases was demolished, leaving clear to deploy their second ICBM. Stealth tank recon on the southeast ICBM emplacement area reported that they discover a hastly deployed GDI base across the bridge that are easily destroyed or takeovered. A clean takeover would yield GDI Orca transport useful in recapturing the ICBM position on the far Northwest across the bridge.

With the final beacon located at the back of the main Hammerfest base and the Philadelphia starting its final orbital run, Nod was forced to punch through the GDI defenses to deploy their last ICBM with their main difficulties is to pass over the GDI base which only accessible through a bridge and heavily guarded land route on the east side of the base. GDI tried unsuccessfully to reconnect itself to the ion cannon network but still put on a brave last stand against the Nod besiegers. However Nod's Cluster Missiles and the hijacked ion cannon soon created a hole in the defenses and the Nod forces poured into the base and destroyed it. Commander McNeil was captured in the process and the third ICBM was deployed.

﻿A battered McNeil was brought before Slavik, who finally overcame his greatest adversary. As both commanders watched on, the ICBMs destroyed the Philadelphia, much to McNeil's despair. Kane gave a final speech before the launch of his World Altering Missile. He then disappeared into thin air when the missile was launched, supposedly having achieved his goal of Ascension. After the detonation in the upper atmosphere, the whole planet was rapidly covered by Tiberium. 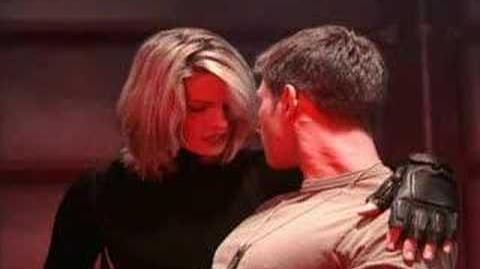 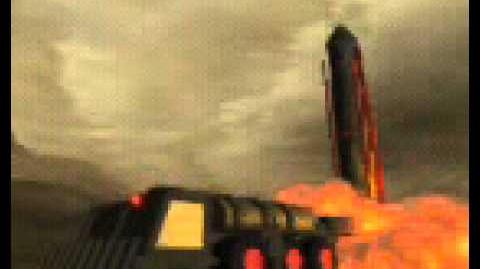 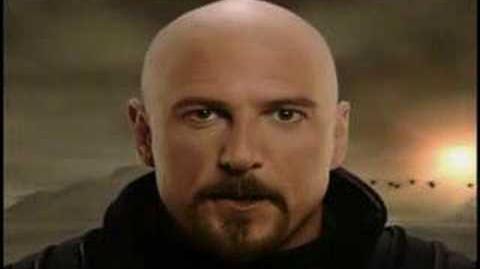 Retrieved from "https://cnc.fandom.com/wiki/A_New_Beginning?oldid=231512"
Community content is available under CC-BY-SA unless otherwise noted.