The deployment at Alexandria was the second stage of GDI's incursion in Egypt, aiming to shut down Nod's WMD program.

After analyzing data salvaged from the ruins of Nod's Casabad weapons research facility, GDI learned of Kane's plan to manufacture a liquid Tiberium bomb. After consulting with Doctor Giraud of G-Tech, General Granger ordered his Commander to shut down the port at Alexandria, to prevent Nod from moving components for the bomb out of Egypt and stopping their distribution of nuclear and chemical WMDs in general.

The orders were simple: destroy everything. With Mammoth tanks. Twice over.

A basic GDI base had been set up on the outskirts of Alexandria by the time the GDI commander arrived. Lt Kirce James briefed the commander of the Mammoth 27 and is now available for the commander to deploy. Nod scouts detected the GDI presence early and GDI prepared themselves for a fight. Militia and Black Hand troopers followed by Nod vehicles soon rained down on the GDI forces.

To assist the commander in this mission, GDI's EVA advised him to set up an expansion base at the northern Tiberium field to harvest more Tiberium quicker. Escorting a surveyor to the field, the commander quickly established a second refinery and built up defenses. Sure enough Nod forces attempted to outflank the GDI base through the northern Tiberium field, necessitating a more fortified defense. EVA also advised the commander in capturing an abandoned EMP control center in the city to slow down the Nod advance. After an urban fight the GDI engineer captured the control center. Snipers were deployed to defend the EMP center from Nod capture.

While GDI built up an assault force of Mammoth tanks to hit the Nod base, Orcas commenced raids against the port. With no SAM emplacements, the Orcas destroyed the two loading cranes. For good measure, the Orcas destroyed the Nod battleships docked at the port on their second run. The sunken battleships blocked Nod's future usage of the port and allowed GDI to deploy reinforcements in the form of two Mammoth tanks. Before they could be overwhelmed the tanks retreated back to the GDI outpost.

With resources running low, GDI made their attack. The Orcas attempted to destroy the port authority buildings through a back door but was met by heavy anti-air fire. It was noticed that Nod relied heavily on rocket weaponry and tanks to destroy the GDI armor, so the commander had snipers providing covering fire inside the Guardian APCs to eliminate the rocket soldiers. The Mammoths spearheaded the assault on the base and blasted their way through the stronghold. Nod made a gallant but futile defense as the Mammoths, supported by the Orcas and Zone Troopers, acquired their primary target. The port authority buildings were decimated, thereby shutting down Nod operations in Alexandria.

Having prevented any more liquid tiberium components being exported out of Egypt, GDI now focused on Cairo, where the Nod missile base was responsible for the destruction of the Philadelphia.

The new unit for the mission is the mammoth tank. The Brotherhood will use their infantry to destroy the players forces so get a commando and some snipers to deal with them. There is limited tiberium on this map so spend the cash wisely on units that can deal with the infantry and the Brotherhoods flame and scorpion tanks. 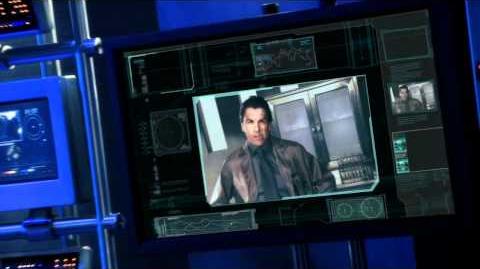 C&C3 Tiberium Wars - GDI 07. A Terrifying Discovery
Briefing
Add an image to this gallery
Retrieved from "https://cnc.fandom.com/wiki/Alexandria_(mission)?oldid=230379"
Community content is available under CC-BY-SA unless otherwise noted.