General Alexis Alexander is a 4-star general in the US Marine Corps during the War against the GLA.

As a logistics staffer in the Second Korean War, Alexander attracted the notice of her superiors with her ability to acquire almost anything. Alexander harnessed this ability further to win a scholarship, followed by a long and distinguished career in the Marines. During the earlier stages of the GLA conflict, Alexander developed a tiered system of defenses that did not allow a single strike on her supply columns. Alexander became known for her strong emphasis on resource acquisition and defense in the early stages of a conflict, going on the offensive only when she has overwhelming firepower that was untouchable by the enemy.[1]

Alexander can create a very stable economy and build up a large amount of special weapons and defensive structures quicker than most generals, the price on the particle cannon is slashed in half for her, $2500 instead of the usual $5000. This makes her more than capable of spamming super weapon after super weapon at her opponents, easily destroying structures and large clusters of units. Alexander's Aurora Alpha Bombers drop miniature fuel air bombs on targets, doing incredible damage. Colonel Burton is a lot cheaper (-20%). Her patriot batteries are augmented with EMP capabilities, allowing her the ability to demobilize any vehicle that comes within range and killing helicopters instantly. Her power plants give her around 300% more power when upgraded, even more than Townes's power plants can achieve.

However, even she has a number of weaknesses. She is unable to build heavy armored vehicles to confront the other generals, and her defenses are very ineffective against infantry (although this problem could be solved by adding Pathfinder). While her super weapon is incredibly cheap, it requires multiple uses or multiple buildings and the 4 minutes charge to destroy a base or a large army, so a single super weapon match will render her 50% discount useless (therefore you must remove the restriction). She is also heavily dependent on her power grid. Because of the nature of her anti-air base defense, General Malcolm Granger has planes that can bypass the rockets fired by the EMP Patriot Systems.

The player's and Alexander's bases are separated by islands, making it almost impossible to make a rush attack. To destroy all her defenses, you have to use artillery, aircraft, General's Powers or a super weapon. 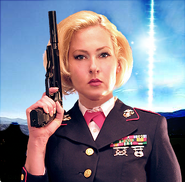 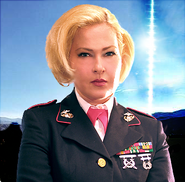 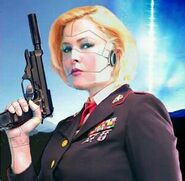 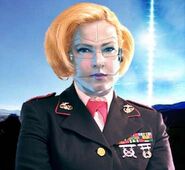 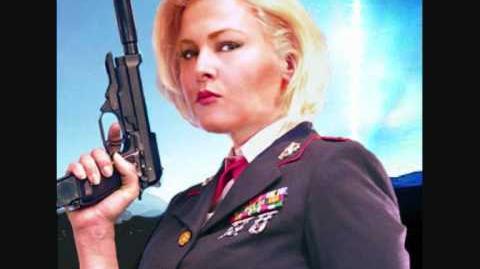 Retrieved from "https://cnc.fandom.com/wiki/Alexis_Alexander?oldid=231216"
Community content is available under CC-BY-SA unless otherwise noted.