All That Glitters is the sixth mission in Kane's Wrath.

The annual energy summit is taking place aboard the GDSS Philadelphia consisting of GDI's highest ranking officials. As the Third Tiberium War draws near, Kane sees this as an opportunity to shape GDI's future. He sees the GDI treasurer Redmond Boyle as a half-wit and suitable replacement for the director of GDI. He then deploys LEGION in command of Specter Artillery Units, Stealth Tanks and Shadow Teams.

There are several Veterancy crates and Healing crates around the Treasury complex. Also, there are many Resource crates near a Tiberium Spike and in a corner on the southern plateau. These crates have to be collected in order to complete the "Steal Gold Bullion" bonus objective.

The attack on the GDI Treasury dealt billions worth of damage to the GDI, and successfully stalled Redmond Boyle, preventing him from dying aboard the Philadelphia. GDI, on the other hand, is completely unaware of Nod's involvement, and believed the attack was conducted by a mutant separatist group called the Sons of Umagon. 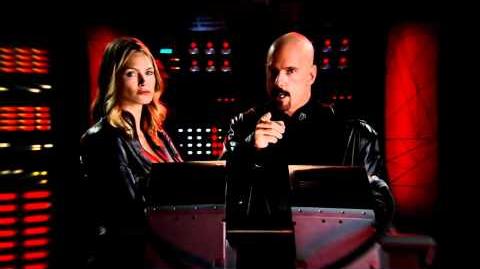 Retrieved from "https://cnc.fandom.com/wiki/All_That_Glitters?oldid=228703"
Community content is available under CC-BY-SA unless otherwise noted.