The AH-64 Apache was the primary attack helicopter of the Brotherhood of Nod during the First Tiberium War.

Fast and maneuverable, the Apache performs well as a quick response unit, providing fire support to ground units, and providing harassing fire on enemy units that may be unreachable by ground forces.

The Apache is outclassed by its GDI counterpart, the ORCA Assault Craft, and was eventually phased out of service, being replaced during the Second Tiberium War by the next-generation rotary wing aircraft, codenamed the Harpy.

The Apache uses a powerful chaingun as a primary weapon, and is highly effective against infantry or light vehicles, however its effectiveness is limited against armour and buildings. Further, Apaches do not have sufficient armor to survive prolonged anti-aircraft fire, and as such assaults on bases or units with anti-air defences will often result in heavy losses, necessitating careful battlefield deployments. Unfortunately, a lot of Nod officers cannot access the Apache right away because of the high technology, so Nod officers had to capture a GDI MCV in order to capture the necessary blue prints. 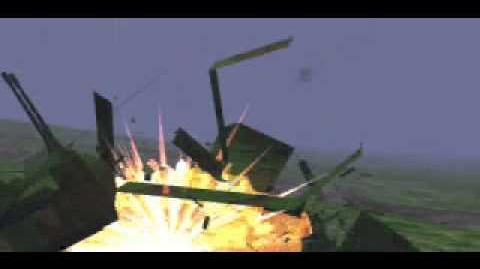 Retrieved from "https://cnc.fandom.com/wiki/Apache_(Tiberian_Dawn)?oldid=225415"
Community content is available under CC-BY-SA unless otherwise noted.