Building multiple Armories will allow the healing of more infantry at one time.

It is a two-story modular GDI building housing storage for advanced equipment and weapons, such as composite armor suits, scanner packs and power packs, high power radio equipment and large caliber sniper rifles. It houses the equipment required to train commandos and snipers. The Armory also contains an infirmary capable of healing units to full health, replacing lost soldiers with fresh reinforcements with the same level of veterancy (disturbingly, including Nod and Scrin based infantry if this structure was conquered or built by these factions), and are rumoured to even have the ability to heal Tiberium related injuries. The GDI Steel Talons subfaction has no need for an Armoury, as they primarily rely on tanks, Walkers and other vehicles.

This facility provides a boost to infantry power and can "repair" any veterancy squads to keep them in the fight. Further, Airborne is very useful for map control and securing buildings, although be wary of flame tanks or other anti-garrison units. While not entirely flashy, it is a very useful tool to infantry-focused vanilla GDI as well as ZOCOM commanders.

Armory with no upgrades researched

A close up Armory with all infantry upgrades researched 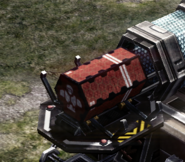 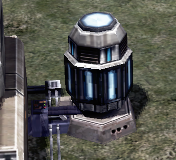 Concept art by Dave Max
Add an image to this gallery
Retrieved from "https://cnc.fandom.com/wiki/Armory?oldid=230070"
Community content is available under CC-BY-SA unless otherwise noted.