The Aurora was an American supersonic bomber used during the War against the GLA.

Carrying a single high explosive bomb, the Aurora is most commonly used to destroy enemy structures. On its attack run, the Aurora's supersonic speeds prevents any enemy anti-aircraft weapons from successfully attacking it. However, on its return flight it can no longer sustain such a speed, and is very vulnerable.

The Auroras of General Malcolm Granger are equipped with point defense laser modules, allowing them to destroy incoming missiles with lasers, vastly improving the survivability of the unit alongside countermeasure flares, although there is still no defense against bullets, flak cannons, EMP bursts, and lasers.

General Alexis Alexander, the 'Super-weapon General', developed her own, far more dangerous version of the Aurora, known as the Aurora Alpha, which carries a fuel-air bomb. General Leang, a high-ranking Chinese general, also had access to Aurora, although she did not generally use them against any opponents attempting to attack her base.

The primary purpose of the Aurora is demolition. Two Aurora bombs can destroy most buildings. However, it is extremely vulnerable on its return run and has to be used carefully (as it is also very expensive). In addition to buildings, Auroras are effective at destroying slow-moving vehicles, such as artillery vehicles and heavy tanks.

Absolutely nothing can damage an Aurora on its bombing run, except EMP missiles or flak shells which explode near it, as their area of effect will damage them. However, once the Aurora finishes its bombing run, it becomes vulnerable to all forms of anti-air weapons. In this state, it is extremely vulnerable due to its thin armor.

Their reliance on airfields allows opposing generals to strike them directly, therefore rendering them useless, since they are just as vulnerable as any other aircraft while on the ground.

It is also the most expensive unit in the game; at the cost of $2500, it is even more expensive than a basic Overlord tank. 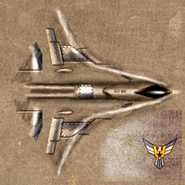 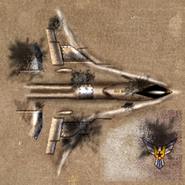 Beta Aurora texture 2
Add an image to this gallery 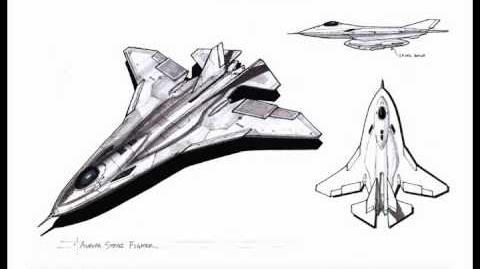 Retrieved from "https://cnc.fandom.com/wiki/Aurora?oldid=244988"
Community content is available under CC-BY-SA unless otherwise noted.