The Badger bomber is a tactical support aircraft used by the Soviets during the Second World War.

Nearly identical in appearance to the real-life Tupolev Tu-16, the Badger bomber is the primary long range multi-role aircraft of the USSR during Second World War. The aircraft has a swept-back wing design and two turbojet engines providing it with superior speed as well as a cargohold, large enough to carry an entire paratrooper unit or a compliment of conventional and parachute bombs. However, its armor is rather weak against anti-aircraft fire.

Also, it seems the Allies had somehow aquired some of these aircraft, and used them to a certain extent. It's likely that the planes were either captured, or reverse-engineered copies. The black market is another possibility or there could be Allied-friendly nations that sold them by third party.

It was phased out and replaced by Kirov airship during Third World War. Soviet time travel also created a different Badger bomber during War of the Three Powers.

The plane cannot be built by the player and will only appear if any of the support powers are used (parabombs or paratroopers). Occasionally, in single player missions, it will appear in pre-scripted sequences

It is somewhat slow, and its lack of armor can make it a snack for any enemy AA-guns that may be guarding the target. 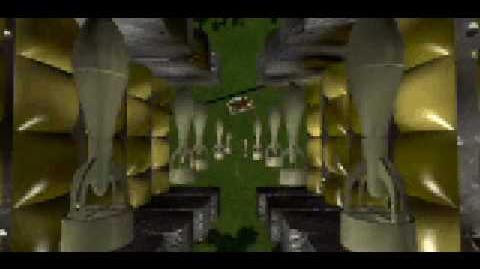 Badger is the NATO reporting name of the Tupolev Tu-16 strategic bomber.

Retrieved from "https://cnc.fandom.com/wiki/Badger_bomber_(Red_Alert_1)?oldid=229660"
Community content is available under CC-BY-SA unless otherwise noted.