Horde bonus when in groups of 5

The Battlemaster is China's main battle tank (MBT) in Generals.

Relatively inexpensive and quick to build, the Battlemaster is designed to crush its opponents with great numbers; groups of 5 or more Battlemasters gain a Horde Bonus, improving their rate of fire. While it is not as advanced as American tanks, it is easily capable of crushing the relatively frail GLA armour in a head-on fight, and powerful upgrades are available from the Nuclear Missile Silo to make it even more formidable. The tank lacks any anti-air protection and effective anti-infantry weapons, but can run down infantry.

The Battlemaster alone is something of a mediocre unit, lacking the speed of the GLA's basic Scorpion Tank and the armour of the USA's Crusader Tank. It is still quite effective against vehicles and structures as its gun is as strong as a Paladin's, but China's key armoured unit is the Overlord tank. The Battlemaster requires protection from other units to compensate for its weaknesses - Gatling tanks are most effective for this purpose.

The Battlemaster, however, is potentially an extremely capable anti-tank unit once its numbers reach a certain mass. When grouped in units of 10 or more, it can maintain the devastating horde bonus long enough to eliminate its enemies. However, commanders must keep in mind tactic still has some drawbacks. The Battlemaster is more fragile than an Overlord tank, meaning that an air strikes can decimate a horde of Battlemasters very quickly. Swarms of anti-armor infantry can also make short work of even groups of Battlemasters.

A mass of Battlemasters will also have a large footprint, making it impossible for them to have the entire platoon fire from stand-off distances, thus necessitating that Battlemasters close distance, possibly into enemy traps. Finally, as Battlemasters require large numbers to be effective; a true Battlemaster attack is a bit of a gambit, absorbing large quantities of resources without providing versatility to defend against its counter-units. A much more effective option would be a combined assault using both Battlemasters, Gatling Tanks, Dragon Tanks and/or Troop Crawlers. 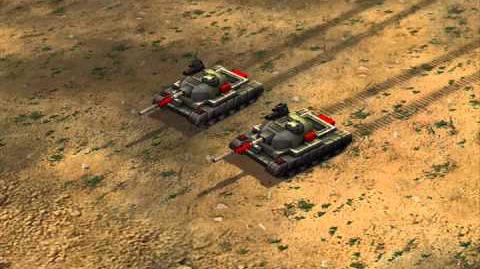 Retrieved from "https://cnc.fandom.com/wiki/Battlemaster_tank?oldid=245826"
Community content is available under CC-BY-SA unless otherwise noted.