Greed of the Vanquished

Blood in the Water

Before the Hallowed Tomb was the second mission in the Imperial perspective of the Uprising. It depicted the Empire's defense of their late Emperor's tomb against the Soviet aggressors.

After the Empire's loss in the last war, the Soviet Union took advantage of the Allied occupation of Japan by forcibly acclaiming Sakhalin Island for themselves. This however was thwarted by an Imperial commander who assisted Kenji Tenzai with captured Soviet arsenal.

However the Empire could not rest as Prince Tatsu reported that Soviet Commander Moskvin would attempt to build a naval base at Emperor Yoshiro's tomb, a clear insult to the Empire. Tatsu sent the Imperial Commander to repel Moskvin before he added insult to injury.

Defense of the tomb

Since the Allied occupational forces did not help the Empire in repelling the Soviets out of Sakhalin Island, Tatsu felt that the Empire should not ask them for more help and began to act independently. Using an infantry squad led by Archer Maidens, they attacked a small Allied outpost that housed unmanned Pacifier FAVs.

The Imperials positioned the artillery pieces at key positions on the water passage between the islands to ambush the Soviet naval force. As they waited for the Soviets to arrive, Tatsu granted the Commander the use of the new Steel Ronins that were guarding the Emperor's tomb, apparently inert.

With the Pacifiers in position, Moskvin's navy arrived on cue. As they headed down to the water passage, the Pacifiers opened fire, targeting the Dreadnoughts first before taking out the escorts. A few Stingrays managed to get ashore and attacked the tomb but were cut down (literally) by the Steel Ronins. Unfazed by the Imperial ambush, the surviving force retreated away from the islands and regrouped to establish a base to root out the Imperials. By this time an MCV had already been sent so the Imperial commander could stage a counterattack.

As each Soviet raid on the tomb was repulsed, the Empire built its own navy at the same time. As the Soviets constructed a base on the water it would be a naval battle, something that the Empire excels at. Sure enough, as the Yari subs clashed with the Akula submarines, the Naganita cruisers and Stingrays traded fire and the Shogun Battleships besiege the Soviets at long-range, it was indeed the Empire who emerged victorious and sent Moskvin packing.

With Moskvin retreating the Empire of the Rising Sun showed they were capable of repelling any attack without Allied help. Tatsu then decided to punish the Soviet warlords by targeting Vladivostok.

The first objective is to capture the Pacifiers in the allied base and the Steel Ronins.

After bombarding the soviet navy prepare to face Moskvins land, air and navy. Capture the Observation towers to complete the mission but Tengus, Steel Ronins, shogun battleships and infantry are a must due to the soviet units in the mission. 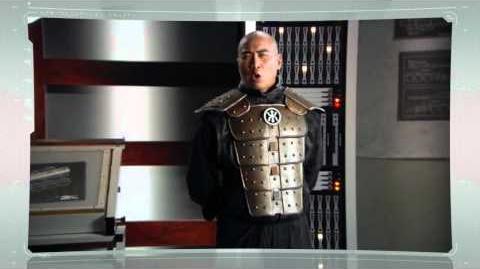