Behold the Mighty Saint of Swords was the third mission in the Empire campaign of Command & Conquer: Red Alert 3.

The Emperor believed that if he destroyed the city of Odessa, along with the defending Soviet forces, he would have an advantage as the enemies morale sunk. Crown Prince Tatsu agreed, as General Krukov's main HQ was there, and there was a strong chance that he could be killed. The Soviets also had a new type of artillery which should be destroyed before it is mass-produced.

To cause the destruction with maximum terror, he decided to unleash a new weapon... the Shogun Executioner.

The Soviets had two garrisons to defend the city, including a naval force of Stingrays and Akula Submarines. On land, the Soviets possessed the V4 Rocket Launchers and the infamous Tesla Coils to defend their bases from enemy attack.

As the Imperial forces transported parts for a top-secret weapon devised by Crown Prince Tatsu to an assembly area in Odessa, Ukraine, the Soviet forces already entrenched in the city dispatched their naval forces in an attempt to stop the transports. Fortunately for the Japanese, Commander Kenji Tenzai and an up-and-coming Imperial Commander were on the scene to escort the transports to safety, though the Commander had but a few Chopper-VX units to defend the convoy while Kenji provided backup as best he could from a small outpost.

The Japanese desperately pressed on through the blockade, destroying several Akula submarines and Stingray vessels, though at least two transports were destroyed during the fight. Nonetheless, the transports that arrived at the assembly warehouse had the necessary parts for construction of Tatsu's new weapon, and the crews got to work immediately. When it was done, the warehouse burst into pieces and Soviet soldiers and civilians alike gazed in fear at the monstrosity that arose from the shattered remains of the building - a colossal three-legged, tri-bodied, three-headed mechanical samurai wielding three immense Wave-Force katanas.

The Shogun Executioner was born...

The Shogun Executioner blasted its way out of the Warehouse and tried to stomp the local screaming civilians while swinging its 3 blades.

As the monstrosity began making its way toward the downtown area of Odessa, the Soviet soldiers were, needless to say, frightened beyond belief - never before had they seen such a weapon of this magnitude. Nevertheless, they stood together and prepared for the coming onslaught, hoping to take it down with the city's massive artillery emplacements, as well as numerous Tesla Coils stationed throughout the fortifications that dotted the area. General Krukov was horrified at the sight of the machine, but Commander Moskvin was confident that his army, combined with that of the General's, could easily kill the lone mech.

Much to their surprise, no matter how much punishment the Soviet troops laid on the Executioner, it did not stop coming and it simply plowed through several outposts and residential areas of the city, stomping on Soviet tanks and soldiers as well as hacking anything in its way to pieces. The Soviets attempted to surround the Executioner with a large number of V4 Rocket Launchers and Hammer Tanks, but before they could deal any significant damage to the walker, the Executioner simply raised all three swords and simultaneously jabbed them into the ground at once, performing an "Omega Shockwave" attack that sent catastrophic seismic waves through the ground, ripping the V4s, tanks and any buildings in the vicinity to shreds.

The Soviets decided on another approach, constantly ferrying in Stingrays and platoons of Tesla Troopers via Twinblade helicopters in a bold attempt to overload the machine's circuits - surely the Soviets' famed Tesla technology would destabilize any mechanized threat, no matter how big. Unfortunately for them, the Shogun Executioner had apparently been designed to handle such weapons, and the Soviets' hope quickly turned to abject terror as the Executioner simply absorbed the Tesla weapons' attacks, using the excess energy to make internal repairs and regenerate itself; this effectively turned the Soviets' greatest and most terrifying innovation against them. The Japanese forces under Kenji's command quickly pressed the attack, mopping up any survivors left in the wreckage left by the Shogun Executioner as it continued to decimate Odessa, destroying several landmarks including the famous Odessa Opera House, Odessa Keep and the Odessa Cathedral, and ultimately smashing through the city's artillery emplacements - Moskvin's best and last hope at destroying the behemoth.

With his forces defeated, Moskvin (now visibly furious at the Imperial Commander, claiming that the fight was unfair and that he cheated by having the Executioner do all the work) attempted to retreat from the seemingly endless destruction of the city, leaving the defense of Odessa in Krukov's hands.

General Krukov's fortress was now the last bastion of hope for the Soviet forces in the area, and both the Soviet and Japanese troops knew it. Wasting no time, the Imperial Commander directed the Shogun Executioner to plow through the walls of the fortress with Kenji's forces behind it; though with the amount of damage that the Executioner was doing, Kenji's men would merely have been a third wheel in the fight if not for the air support he provided. Utilizing the Omega Shockwave attack at any possible moment in addition to normal attacks, General Krukov's base was utterly annihilated and thousands of his forces left dead in the ruins of the fortress. Witnessing the destruction around him and knowing that the battle was lost, Krukov withdrew his remaining forces from Odessa.

Thousands upon thousands of dead civilians and soldiers, as well as countless burning vehicles littered the shattered streets of Odessa, with every last store, house and building either destroyed or in flames. The Japanese forces that scoured the wreckage for anything of value to add to the war effort became extremely emboldened, knowing that with the massive Shogun Executioner at their disposal, their victory over the Soviet Union was now not a matter of if, but when. They knew that this weapon, in addition to their already impressive arsenal of innovative machines, would ensure the demise of the Soviets. As Odessa burned through the day and into the night, the Shogun Executioner let out a triumphant roar, standing tall over the ruins. 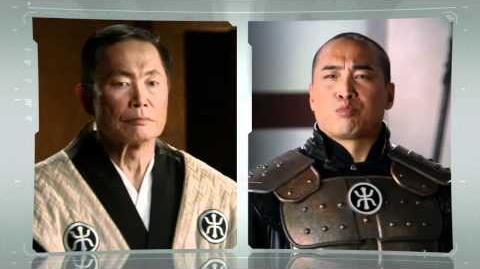 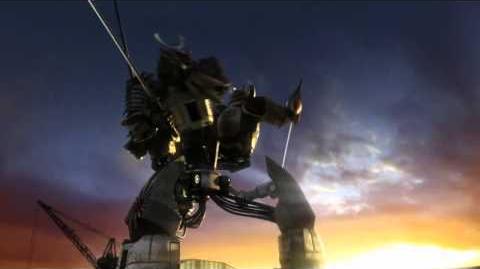