The Bio Reactor was Yuri's main power source during the Psychic Dominator Disaster.

While it does produce some power by conventional means, its most notable function is that it can use infantry as an additional power source. The infantryman is subdued with tranquilizers while attached to the machine.

Thus, if one of Yuri's psychic units controls an enemy infantry unit, it can be sent to the reactor for processing. This frees the psychics' minds, as they no longer need to maintain control of the infantry unit. If the reactor is destroyed, the units are released. Predictably, enemies that were released from mind-control when incarcerated will crawl from the wreckage with their original loyalties.

Up to five infantry units may be "garrisoned" inside to increase power production. The cost and base power production are the same as for a Soviet Tesla reactor, but it is slightly less durable and occupies the same (smaller) footprint as an Allied power plant. 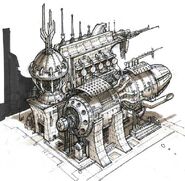 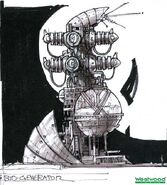 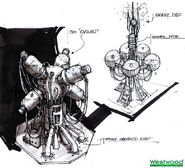 garrisoned Bio reactor in Snow Theater
Add an image to this gallery
Retrieved from "https://cnc.fandom.com/wiki/Bio_reactor?oldid=226721"
Community content is available under CC-BY-SA unless otherwise noted.