The Black Eagle is a high speed VTOL armored fighter-bomber used by the Republic of Korea during the Third World War and its second iteration.

Korean aeronautical engineers sought to replace the under-armored Harrier used by the rest of the Allied nations with an indigenous design, emphasizing both survivability and firepower, while maintaining the flexibility of VTOL technology and a high speed. The result was the advanced Black Eagle jet.

According to the render, this plane is an advanced twin-engine VTOL two-seat fighter-bomber designed with forward-swept wing configuration and a characteristic black job, which was used by their crews to distinguish "Korea's Finest" from the other Korean/Allied pilots. Its avionics and weapons systems were state of the art. To increase survivability, heavy armor was incorporated into the plane, providing the level of protection needed for attacks on heavily defended Soviet facilities at a negligible cost of speed. Improved Maverick II missiles, which have a larger explosive, were equipped on these units, making them ideal to attack not only armor and vehicles but structures as well. Because of the forward-swept wings, twin engine design, advanced avionics and heavy armor, the Black Eagle was far more technologically advanced than the Harrier used by the rest of the Allies, but thanks to efficient Korean research, development and production techniques, the jet maintained the same production cost as the Harrier it replaced.

Thanks to its upgraded missiles, the Black Eagle was very effective at destroying armor, as two or even one unit could the destroy most conventional tanks. Its advanced construction and armor makes it able to resist 4-6 Patriot Missiles, compared to the mere 2 missiles required to take a Harrier out of the sky. However, massed triple A positions were a serious threat, making attacks on the heart of an exceptionally well-defended enemy base difficult. Still, Korean commanders could rely on these jets and their crews to attack reasonably defended targets and still survive to return to base, something that the Harrier employed by the rest of the Allied countries could not claim.

It was erased from the timeline after the Soviets meddled with the space-time continuum.

Black Eagles are useful in most combat situations except for air-to-air engagements, hence its status as a heavy fighter-bomber. They can attack every target on the ground and eight can take out just about any structures. In Elite status, four will suffice, though losses can be expected. To avoid these losses, some lucky Korean commanders who had captured a Soviet base used the powers of the Iron Curtain to make their Elite jets invulnerable, therefore making them almost unstoppable. They were best known for their role in eliminating Yuri's Cloning Vats in Australia.

Black Eagles in squadrons of four to ten make for excellent harassment and raiding. They can also be used to intercept armour columns before they reach a base or destroy enemy ore miners in seconds. Their survivability is much better than Harriers, and if Elite, a Black Eagle can stand almost the same amount of Patriot missiles as the Paradrop C-130 before falling from the sky (likely 6 missiles).

It may be a large improvement over the standard Harriers, but it is still vulnerable to anti-air defenses, albeit to a lesser degree. The Gatling weapons in Yuri's arsenal are particularly dangerous, and should be avoided. Other weapons that can destroy Black Eagles include very large amounts of Flak cannons or Patriot missile systems, if faced against rogue Allied enemies. 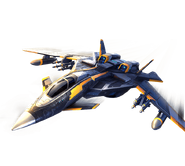 Retrieved from "https://cnc.fandom.com/wiki/Black_Eagle?oldid=240127"
Community content is available under CC-BY-SA unless otherwise noted.