Operation: Black Gold is the fourth and penultimate mission in the USA campaign of Command & Conquer: Generals Zero Hour. The main objective was to destroy all GLA forces near the Oil Fields in Iran to stop Dr. Thrax's funding. Despite heavy resistance from the GLA and their allies from a local town where the GLA used propaganda to incite the civilians fight for them, the operation was a success.

Following the assault and capture of a secret GLA lab, the American forces learned that the GLA, led by a general codenamed "Dr. Thrax", are engaging in the production of lethal toxin. American intelligence agency traced Thrax's funding to an Iranian oil fields, and the US military intended to cripple the GLA threat by cutting off their funding.

The area surrounding the oil fields was hostile as the GLA had the support of the disenchanted civilians in the local town. In preparation for the mission, three CIA agents were inserted into the area to find out the resistance and situation. A night operation was planned to catch the GLA off guard.

The only way to establish a foothold in the area was by air, and capturing the town's airport would be beneficial to the Americans so they could be supplied with reinforcements. Under cover of darkness, US Rangers paradropped onto the airfield and eliminated the AA batteries and other GLA units present there. Once all GLA units were destroyed, an American plane landed several Crusader tanks, Humvees and dozers to establish a base of operations at the airport. Colonel Burton and six Pathfinders were also dropped off by a Chinook helicopter.

Unfortunately the GLA used the radio station to rally the locals against the US forces. The Angry Mobs were the least of the Americans' worries, as car bombs and Bomb Trucks tore up the US forces while the GLA besieged the American base. Without any air support apart from their A-10s, the Americans sent an infantry armored division to destroy the local radio station. Local resistance and a few GLA tanks defended the radio station, which itself was heavily armoured. In the process, two of the CIA agents was found in the town by the US forces and fought alongside the group against the GLA. The Americans soon freed the locals from GLA propaganda but a flood of rebels came pouring into the town, forcing the US forces to fight off the reinforcements until the town was secured.

Although the oil derricks at the airport was in US hands, the rest were controlled by the GLA which constantly brought out its war machine and battered the American defenses. Using their attack group that recently assaulted the radio station the Americans sent that group to fight their way to the other side of the oil fields, while the Rangers captured the GLA oil derricks left intact by the US attack force. Desperate to stop the US from capturing the oil fields, the GLA constructed their Scud Storm in an attempt to destroy the derricks and the attacking US division. But slowly the Americans fought their way through heavy GLA opposition, with help from Colonel Burton and the third CIA agent found hiding near the oil field, after a long battle the US captures all of the oil derricks, crippling the GLA's main source of funding.

Assault on the GLA base

Without their funding the GLA war machine grounded to a halt. This time the Americans reinforced their attack force and blasted their way through one of the base positions, all of which were heavily mined by Demo Traps. A massive engagement occurred between the Americans and the GLA defenders but they were not enough to halt the advancing Americans from destroying their base.

Once you secure the strip, use the Dozers to neutralize Booby and Demo Traps scattered on your base. Then build defenses on the 3 bridges, especially in the Northern side, because that bridge will be the most used by GLA to attack you.

While at it, capture the Oil Derricks and build a force of Paladins and Humvees with Pathfinders and Missile Defenders to secure the rest of the bridges. Capture the Derricks after neutralizing it. Expect heavy resistance by enemies. Capture the Tech Oil Refinery and the Artillery Platforms, adding it with building Fire Bases to soften GLA positions.

As you do it, use Burton to soften the Radio Station defenders and use A-10 Strikes to eliminate GLA the radio station to stop further suicide attacks launched.

Use Spy Sat uplink to clear Demo Traps in the road to the GLA base. Then eliminate the GLA to the roots. 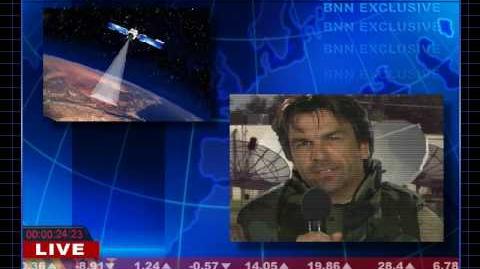