Black Lotus is the codename of a Chinese all-female elite hacker unit in Generals and Zero Hour. Her rank may be Field Officer Class B.

The Black Lotus unit was formed from a need to attack the enemy on a different field than just combat. Each is extremely proficient with any IT technology, to the point that they can subvert enemy buildings and disable vehicles.

When serving under General Shin Fai, Black Lotus agents received additional training that made them hack faster, gain veterancy and could disable buildings as Hackers can. The agent 'Black Lotus' was renamed Super Lotus and normal hackers were turned into Super Hackers that can also disable vehicles.

In spite of the fact that she lacks the plain destructive power of Colonel Burton and Jarmen Kell's outstanding ability to subdue any infantry or manned vehicle instantly, Black Lotus is just as much of a threat. If she is successful in infiltrating a base she can capture important buildings for the Chinese. Her vehicle hack ability is useful to temporarily shut down important vehicles, such as artillery or heavier tanks, either during an assault or defense.

In addition to capturing enemy structures, she can also capture tech buildings, therefore, eliminating the need to upgrade Red Guards with the capture ability. Although, if commanders chose this option, their enemies could take advantage of the delay as they "tech up" to get Black Lotus on the field.

However, Black Lotus is still just an infantry unit. Being completely defenseless except against vehicles, stealth-detecting units and anti-infantry units would easily expose her location and quickly kill her.

While many of Lotus' covert operations remain a mystery, she is known to have assisted in a number of Chinese and one combined US-Chinese operation against the GLA. The very first appearance of her in China's missions was at the Three Gorges Dam where she joined the surviving garrison forces to destroy the dam. In the Tanggula Mountains, she led her commando team consisting of Red Guards and Tank Hunters to destroy five Stinger Sites to clear the way for a MIG attack on a GLA toxin factory. In Scorched Earth, Black Lotus guided the Chinese forces through the booby-trapped city and captured an oil complex. One Black Lotus operative planted a bomb on the railway bridge at Bishkek, the capital of Kyrgyzstan to prevent GLA reinforcements arriving by train and attacked the GLA stronghold in Dushanbe.

Meanwhile, she appeared in one mission in the American campaign later during the GLA War with US commando, Colonel Burton who is known to have said 'Lotus' to destroy the GLA research facility holding intelligence to the GLA invasion of Europe. She only appears in the very final mission to end the GLA war in Europe by capturing or using her Nuclear Missile to blow up the American and GLA bases near Hamburg in Germany. 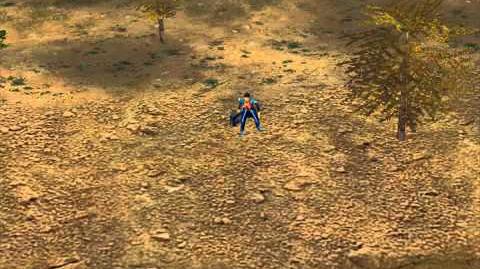 Retrieved from "https://cnc.fandom.com/wiki/Black_Lotus?oldid=230160"
Community content is available under CC-BY-SA unless otherwise noted.