Blight on Oum Hadjer is one of the two choices for the fourth mission of the Nod campaign of Command & Conquer.

Chad, an officially neutral country in the First Tiberium War, had suddenly become of great strategic value to Nod, being among other things the only remaining obstacle to Nod unifying its existing African territory into a coherent whole. Both sides by supporting their own militias and dividing the military had fomented a civil war in Chad. Nod forces moved in hoping to defeat pro-GDI forces and bring the Nod factions to power.

In response the GDI had sent a force to facilitate the evacuation of GDI supporting villages in Chad threatened by the spread of Tiberium to a more secure location. Thus evacuated they could then be recruited into the GDI forces to thwart Nod's intervention in Chad. This was naturally a threat to the Brotherhood's plans.

A Brotherhood strike team foiled the GDI's efforts, eliminating the evacuation team and killing the escaping civilians, as well as destroying their village.

The massacre had two effects. Firstly it eliminated a clear center of GDI support in Chad and secondly the destruction of the GDI evacuation team and by thus stopping the evacuations of GDI supporting villages threatened by Tiberium, GDI supporting factions in the Mao Civil War were deprived of a significant source of manpower.

With the resulting defeat of these factions Chad fell swiftly in Nod hands. Their control of Chad allowed them to more easily sneak a small force through neutral Mali to lead and aid a Nod supporting rebellion in Mauritania which had become strategically vital due to its airfields. 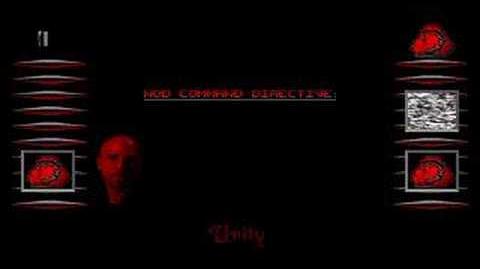 Command & Conquer Tiberian Dawn -- Nod 4a
Briefing
Add an image to this gallery
Retrieved from "https://cnc.fandom.com/wiki/Blight_On_Oum_Hadjer?oldid=200911"
Community content is available under CC-BY-SA unless otherwise noted.