Blight on the Big Apple

Blight on the Big Apple is the final mission of the Soviet campaign in Command & Conquer: Red Alert 3. With the Allies Supreme Commander, Field Marshall Robert Bingham dead, and the European Union crushed; the Soviets struck the belly of Ackerman's America at the country's east coast. The United Nations was destroyed during this battle.

With the death of Field Marshal Bingham, and the destruction of the bulk of the Allied fleet back at Easter Island, the survival of the Allied Nations hangs on a knife's edge. With Europe conquered by the Soviet Union, the Allied military in tatters and their will nearly broken, it was decided by the unnamed Soviet Commander and his intelligence aide Dasha that the time to strike was now.

With the ex-Premier Cherdenko dead and the Politburo in disarray, the Commander; already a hero among the Soviet populace, took command of the Union and prepared to launch a crushing blow against the Allies in hopes of ending their resistance once and for all.

To do this, the Soviets directed their efforts at breaking the city of New York, perhaps the greatest bastion of capitalist imperialism, the world had ever known. As the massive Soviet armada sailed for Manhattan Island, the Commander made preparations to bring down the Statue of Liberty - the hollow symbol of Allied freedom. Should the statue be destroyed, the Soviets were convinced that the Allies would soon capitulate and beg for peace.

Meanwhile, as word of the Soviet invasion reached the Allied leaders, President Ackerman sent all of its remaining forces to the city in order to beat the "Red Menace" back. For the Allies then, this was their final stand. They would throw back the tides of socialism here or die trying and had no intentions whatsoever of giving the Soviets an easy time of it.

The Soviets attacked New York City with a massive force as numerous divisions of ground troops stormed the city's defenses, supported by large numbers of armored units, aircraft and ships. Hundreds of Soviet vessels steamed into the harbor, including numerous Dreadnought units.

The USSR had spared no expense planning their invasion, and the entire Soviet arsenal had been rolled out in order to deliver the crushing blow, including the then ex-Premier Cherdenko's, now the Soviet Union's dreaded toy - the Vacuum Imploder Superweapon. Rather than having all of these forces deployed at once, they were sent to the battle in three distinct waves like Geneva and each softening up Allied resistance as to allow the main force to land safely.

The Allies had been battered and beaten by many Soviet and Imperial attacks over the course of the war and many of the regiments were operating under-strength and facing combat exhaustion, while their arsenals had been largely depleted. That being said, however, they still managed to field several divisions worth of infantry and armor at the battle, supported by whatever aerial squadrons had survived the fighting in Europe. The grand majority of these units were stationed either on Liberty Island next to the famous statue, or deployed to support the Allied garrison at Fort Bradley adjacent to the New York Stock Exchange.

The waters surrounding Liberty Island were defended by the remnants of the Allied Navy, only several score vessels strong, but including their famed Aircraft Carriers and Assault Destroyers. Liberty Island also found itself home to a Chronosphere device as well as a Proton Collider Superweapon, though the latter was destroyed before it could be used against the Soviet invaders.

Before the main Soviet force could land and begin their assault on New York City, the powerful Allied military base at Fort Bradley would have to be eliminated. The base's garrison controlled downtown New York and the Soviets could not hope to succeed if their invasion forces were destroyed upon landing by the Allied defenders. As such, the Soviet Commander elected to begin his invasion by deploying numerous swarms of the new Terror Drone units into the city, in hopes of spreading confusion and chaos among the populace, while terminating as many of the Fort Bradley troops as possible.

The plan worked, as immediately after landing, the Terror Drones began their grisly work; ambushing Allied military personnel and vehicles, and disrupting Fort Bradley's production and resource gathering operations. The attacks were so sudden and diffuse that the Allied forces had no idea where the real attack was coming from and entire companies of men were sent on wild goose chases trying to hunt these robotic menaces down. As a result, the defenders of Fort Bradley were confused and scattered, relatively easy prey for the arrival of the Soviet vanguard.

The Destruction of Fort Bradley

With the Allied defenses of New York in chaos, the Soviet Commander, aided by his ruthless comrade Moskvin, were able to deploy a regiment of air and armor to destroy Fort Bradley once and for all. Spearheaded by a company of the devastating Tesla Tanks and the Twinblades that carried these tanks, the vanguard caught many of the scattered Allied units off-guard and annihilated them in a piecemeal fashion, before storming Fort Bradley under the cover of bombardment by Kirov Airships.

Had the Soviets attacked in full-force, it was likely that they would have suffered tremendously at the hands of the Allies and lost the element of surprise. As such, the conquest of Fort Bradley was a fairly swift affair and Fort Bradley was destroyed within a short time. With the Allied resistance in the city itself largely pacified, the Soviets were able to land the bulk of their invasion force.

With Manhattan cleared of Allied defenders, the main attack force moved in and began setting up shop, while the Soviet armada launched an assault on Liberty Island. Through the efforts of the Allied Navy and Tanya, the initial strike was repelled, with four Dreadnoughts going to the bottom of the harbor before they withdrew. The Allies immediately began counter-attacking, using airdrops and the Chronosphere to send their forces at the Soviet Russian positions, but the Soviets were dug in well and these attacks were repulsed, if not without casualties.

Allied President Ackerman sent forces to the New York Stock Exchange, but they were all destroyed by the Soviets and the New York Stock Exchange complex was captured. With their forces ready, the Soviets began their inexorable push towards the Statue of Liberty, using a naval force to drive the Allies back. Thousands of lives were lost as the Allied and Soviet forces clashed with dozens of vessels sunk.

Agent Tanya managed to sabotage several vessels before being brought down by a force of Twinblades and Natasha. Soviet Akula subs managed to outflank the Allied Navy and cripple many of their ships still under repair, though turning the tide in favor of the Motherland.

Destruction to the Statue of Liberty

As the first, Soviet ground forces began storming the shores of Liberty Island and dying by their hundreds, Ackerman authorized the use of the Proton Collider, hoping to break the back of the Soviet offensive and give his own troops a chance to take the initiative again. However it was quickly destroyed, while inch by bloody inch, the Communist forces managed to push their way onto Liberty Island.

After hours of bloody struggle, and the loss of hundreds of men on both sides, the Soviets were victorious. A hastily transported force of Tesla and apocalypse Tanks managed to crush the last of the tenacious Allied defenders, and their combined firepower, plus the bombardment from both the anchored Dreadnoughts and the incoming Kirov Airships; was sufficient to crush the Statue of Liberty and bring it down- once and for all.

The USSR was victorious, at long last. The war that had begun as a desperate attempt by a battered nation to merely survive had morphed into a successful campaign of world domination. Both the capitalist ideology of the Allies and the feudal superstitions of the Empire left outdated and defeated by the Communist theories of the Soviets, as the global Communist Revolution predicted by Karl Marx and first given form by Lenin had finally come to pass.

The Soviet Commander, fresh of the success he had achieved in New York; was made Premier of the Soviet Union, which now encircled the entire globe, and a giant statue of Lenin was erected where Lady Liberty once stood.

The first part is very hard. The player must use 8 terror drones which are the newest unit for the mission to destroy the Prospectors but beware of the repair drones of the Allied Armor facilities which will remove drones from infected vehicles.

After the prospectors are destroyed the player gets tesla tanks but cannot build anymore of them and twinblades and Kirovs to destroy Fort Bradley. The player must becareful not to lose those units otherwise the mission is a fail.

Once Fort Bradley is destroyed the player then must get his base set up fast otherwise Ackerman will use the allied naval and air forces along with the chronosphere to chronoshift ground forces into the players base. Expanding to the place where fort bradley was destroyed will get income but vindicators will bomb the expansions. Use the magnetic satellite to capture the allied vehicles near the New York Stock Exchange then capture it.

Build apocalypse tanks to defend the Soviet Base from chronoshifting Mirage tanks and Athena cannons and fend of the Assault Destroyers.

Build Akulas and Dreadnoughts to sink the allied Navy but beware of Special Agent Tanya. Only one stingray or a couple twinblades and Natasha should be able to kill Tanya. Kirovs are also recommended to destroy the Allied Base but get migs and dreadnoughts to deal with the Multigunner Turrets and the Apollo fighters that threaten the Kirovs.

The Proton colliders and the Chronospheres also need to be destroyed because they will be a threat to the Iron Curtain and the players newest superweapon the Vacuum Imploder. 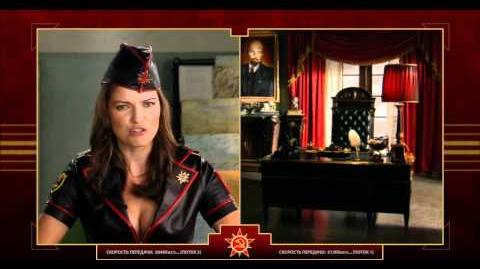 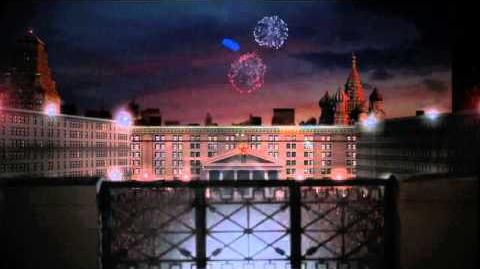 Retrieved from "https://cnc.fandom.com/wiki/Blight_on_the_Big_Apple?oldid=237110"
Community content is available under CC-BY-SA unless otherwise noted.