Burning Skies is the penultimate mission in the Chinese campaign of Command & Conquer: Generals Zero Hour.

After an increasing number of Chinese victories begin to tally up, the demoralised GLA forces had no choice but to retreat from their strongholds occupying Europe. Chinese intelligence reported that most of the retreating GLA forces would be passing through the town of Haberstadt in Germany. A PLA army established a forward base just north of the town and prepared to intercept the retreating enemy.

As there were many entries and exits to and from Haberstadt, the Chinese troops were granted the use of the Helix helicopters to cover more ground. For additional firepower should the GLA counterattack, Nuke Cannons were also accessible (only for one granted at the beginning of the mission, as the player cannot construct War Factory). Even if one enemy unit managed to get away the mission would fail.

Five waves of GLA forces were pinpointed by Chinese intel, allowing the Chinese general to successfully cut off their escape routes and annihilate the enemy. Unfortunately intel could not pinpoint the routes of the last GLA wave splitting into two directions, forcing the Chinese troops to cover all the potential exits. However with the assistance of the Helixes and the fast-moving MiGs, they still managed to eliminate both waves.

The destruction of the retreating GLA forces had put the survival of the terrorist organisation on a knife's edge. Only one last GLA stronghold in Europe was still putting up fierce resistance against the US forces who were captured by the GLA near Hamburg.

In this mission, you cannot build vehicles. Use the air superiority that China was known for. Build Helixes and upgrade them. Then position them in every wave's starting point. While at it, capture all Tech Artillery Platforms, Oil Derricks, and Oil Refinery in the city. Garrison the buildings along the way and utilize the Supply Dock on the village proper.

Build Airfields, train Helixes, and MiGs to replenish lost ones.

If worse comes to worse you can create checkpoints at each of the exits comprised of a barracks behind each checkpoint to fulfill the bunker's role, said bunkers filled with Tank Hunters for anti-armor defense, along with Gattling Cannons to provide anti-infantry/light vehicle/SCUD missile defense to create a solid deterrent for each retreating wave if Quad Cannons/RPG Troopers shoot down your Helix force(s), utilizing each bunker/gattling cannon's optional "minefield" option helps destroy any speedy Combat Cycles that manage to zoom past each checkpoint handily.

As a stealth unit, Jarmen Kell could possibly sneak past your forces and make his escape - not only that but Jarmen Kell is not included in the intelligence equation as you can get the announcement you successfully stopped the wave only to lose ten seconds later. To counter this, you should position one of your two Troop Crawlers close to the exit the enemy convoy is headed for, preferably near one of the artillery platforms under your control. The Troop Crawler can spot the coward, allowing a nearby Helix or artillery platform to finish him off. Helix upgraded with Gattling Cannon can use the cannon to detect stealth units, including Jarmen Kell, and can finish the hero off quickly. 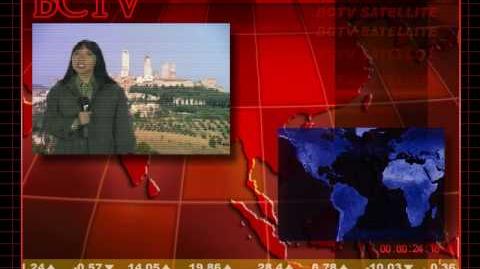