Capture Hammerfest Base is the tenth GDI mission in the Tiberian Sun campaign. It takes place in Norway during the Second Tiberium War.

Hammerfest base has been overrun by Nod troops. The Firestorm walls block direct approach, so another route must be found back into the complex. Using hover MLRS and waterways for access, find a way back to the GDI base and re-capture it. Once the base is back in GDI hands, destroy all Nod forces in the area.

﻿After Vega's island had been obliterated by Kane's nuclear strike, General Solomon received a distress call from GDI's Hammerfest Base in Norway. The base was in danger from being overrun by Nod forces despite its supposed invulnerability due to its Firestorm barriers. Furthermore, the base housed sonic crystals that could be weaponized for use against Nod. Solomon ordered commander McNeil to retake Hammerfest, something which was personal for McNeil, as his brother Jake was at Hammerfest at the time of Nod's assault.

Nod had already overrun the base by the time GDI arrived in the region. All land routes to the base was cut off as Nod reactivated the Firestorm defence systems to prevent GDI recapture. Water assault remained to be the only option. McNeil had access to three ﻿Hover MLRSes, who demonstrated their usefulness by attacking Nod transports on the bridge, and an amphibious APC carrying GDI engineers. The bridge was destroyed and cut off any more Nod reinforcements en route to Hammerfest.

The hover﻿ MLRSes and the APC navigated their way through the waterways, taking out lone Nod units and salvaging repair crates. At one point an Obelisk of Light barred further access to the GDI team. The Hover MLRSes proved their versatility to fire over cliffs and destroyed some Nod power plants, bringing the Obelisk offline, as well as a Hand of Nod. Crossing land a few times, the GDI team evaded the numerous Nod patrols and even took out another infantry outpost from the waterways. However the nearest bridge to Hammerfest base was barred by one of the Firestorm emplacements, and prevented the rockets of the Hover MLRSes from penetrating the walls. Instead the GDI team retreated back to the waterways from the recently destroyed outpost.

Capture of Hammerfest base

From the waterways the GDI team saw the base. Destroying a weak cliffside they emerged into a Tiberium field. Wanting to recapture the base relatively intact, McNeil ordered the Hover MLRS to destroy a concrete wall and allow the amphibious APC to infiltrate the base perimeter. Engineers reactivated the Barracks and War Factory before capturing the two power plants at the base perimeter. This turned the Firestorm defences offline and the GDI forces took out the Nod infantry standing guard at the innermost center of the base. Once the Firestorm Generator and the GDI Construction Yard were recaptured, the rest of the base was restored to its proper colours.

Hammerfest's defences were either dysfunctional or in badly need of repairs. While this was happening the Nod forces were destroying the Firestorm wall sections at the bridges and quickly preparing a counterattack. McNeil quickly took command of Hammerfest base and had its forces back up the defense emplacements while they were still repairing or brought back online. GDI reinforcements could arrive by air if the Nod SAM sites that were littered around the base were taken down. GDI infantry squads supported by armored walkers began a search and destroy mission for the SAM sites, quickly taking out the Nod forces on their side of the waterway dividing the region and destroyed the SAMs. GDI reinforcements soon arrived and supported the defenders from the waves of Nod attacks.

Finding the Nod base

McNeil ordered Hammerfest's air force to be expanded while Nod was detected bringing artillery units to lay siege to the GDI base. GDI's jump jet infantry scouted the region by air and took out lone Nod units while the Orca Fighters took out the artillery emplacements. A squad of Hover MLRSes took to the waterways again and found another bridge that led to the lightly defended side of the main Nod base. Likewise, the Jump Jet infantry came under fire at the main gates of the Nod base, which was more heavily defended with traps set up at the choked access points. The Orca Fighters engaged in multiple hit-and-run strikes against the Nod artillery units at the base while the Hover MLRSes started besieging the Nod power plants from the waterway.

Exploiting this opportunity, McNeil ordered two armored divisions and infantry at the main gates to distract the Nod forces while a much larger force approached the Nod base via the Tiberium field and the bridge. The first assualt team distracted the Nod guards who activated all the traps including subterranean ambushes. The second assault force blasted their way through Nod's back door defenses and leveled everything that was not affiliated with the GDI. The base was soon razed to the ground with light casualties, and the main force met up with the distract force, who faced heavier casualties due to Nod's subterranean flame tanks, which had incinerated many GDI infantrymen. The combined force took out all remaining Nod forces, and the Hammerfest region was once secured and in GDI contro.

Although Hammerfest was recaptured, McNeil did not arrive in time to stop the sonic crystals being transported out of the region. Also Jake McNeil was nowhere to be seen. Kane made a broadcast to McNeil personally to tell him this, and made a gloating remark that his brother died a "slow and painful death".

and launch missles into the bridge sabotaging few Nod forces and cuting the only way for their reinforcements.

...to shut off obelisk blocking way.

But Hammerfest's entrance is blocked with Firestorm barrier.

Then, GDI makes strike team to eliminate Nod.
Add an image to this gallery 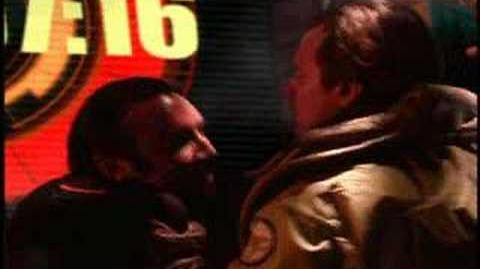 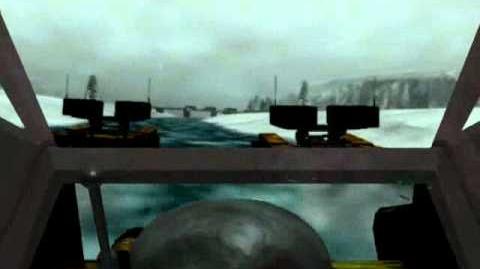 Retrieved from "https://cnc.fandom.com/wiki/Capture_Hammerfest_Base?oldid=231874"
Community content is available under CC-BY-SA unless otherwise noted.