Capture Train Station was a GDI side mission to prevent Nod from bringing in reinforcements or transporting alien artifacts from the crash site in Texas.

Nod has positioned a supply base in the area near a civilian train station. We can use the train and supplies to infiltrate the larger Nod base to the east. Avoiding patrols where possible and destroy all the Nod structures in the area. Once the area is secure, capture the train station for our use. DO NOT destroy the station or the train, as they are vital to our plans. Engineers and other reinforcements are available, but not unlimited - do not waste them.

Reports from GDI scouts in Texas told Michael McNeil of a large alien ship that had crashed to the east of his location on the Texas, New Mexico border, and that Nod forces were moving artifacts from the site. McNeil quickly left to secure the crash site from Nod.

There was a crucial train station and supply base west of the crash site over the just over the border near Ciudad Juárez in Mexico that was under Nod control; and was crucial for supplying the Nod forces operating in Texas and New Mexico. Capturing it would stop Nod from removing artifacts from the crash site and also stop them from reinforcing or supplying their troops using the railway line.

Anton Slavik had to decide whether to immediately launch an attack on the crash site or whether to capture the train station first. It is assumed here that he took the second option.

The GDI force as initially deployed consisted solely of a squad of infantry and a few engineers. It is clear that the GDI had foolishly not expected to face strong resistance despite the strategic importance of the train station. It turned out however, that not only did many Nod troops patrol the area but Nod had manned and fortified the supply base adjacent to the station and the supply base would have to be eliminated.

Fortunately for GDI, in the immediate area there were two civilian radar arrays which could be used to call down some reinforcements from the Philadelphia. The northern array was lightly defended and had GDI forces captured it then the Philadelphia, now expecting their forces to encounter small Nod patrols would have landed additional infantry forces crucially including a Medic.

But the second array was heavily guarded by 3 Cyborgs and had GDI captured it these guards presence would have alerted the GDI command to the presence of more substantial Nod forces, causing them to land a second batch of reinforcements including 2 additional Wolverines.

The train station and the supply base were to the northwest of their initial position, on the other side of a body of water and accessible only by a single bridge. Above them and to the northeast were the outskirts of Ciudad Juárez, which GDI forces could at that point only have accessed by crossing a series of raised bridges. Had the GDI attempted to cross the bridges, Nod would have tried to destroy one of the bridges to stop their advance; but for the purposes of the GDI's mission this was a dead-end.

Upon reaching the Nod supply base to the southwest they found it defended by Laser turrets. But had they rather than launching a frontal assault attempted to outflank the base by going west, the GDI command would then have realized their predicament and immediately sent them 2 Titans by Dropship in order to aid their assault.

Fortunately for GDI, the 2 nod power plants powering the supply base were just in range of the titans weaponry and for some reason not only would their destruction cut the base's power but the final energy surge from their destruction would have destroyed the base's laser turrets and made the assault on the base easier and less costly.

GDI forces successfully crossed over the river and eliminated all the buildings within the Nod supply base. One of their engineers also took control of the train station and achieved the main objective of their mission.

It was at this point that a squad consisting of 3 light infantry, 3 disk throwers, an engineers and a medic boarded the train standing idle at the station as part of an attempt to sneak into the Nod base near the crash site using the railway track.

With the train station captured by GDI, Nod could no longer quickly remove artifacts from the crash site. An infantry platoon was also now mounted on the train to launch a surprise attack at the Nod base near the crash site.

Having gained control of the railways that were supplying and reinforcing the Nod forces operating in the nearby area, GDI forces were able to swiftly advance through New Mexico and the nearby region of Mexico before moving on into Texas.

The infantry platoon aboard the train however was not so lucky. Nod had earlier wisely installed some laser turrets along the railway line leading to the crash site base in order to deal with unauthorized railway traffic such as this train and upon arrival both the infantry and the train were destroyed, having essentially achieved nothing.

Michael McNeil would now turn his attention to the securing of the wreckage of the alien ship and the recovery of any alien artifacts that Nod had acquired from the wreckage. 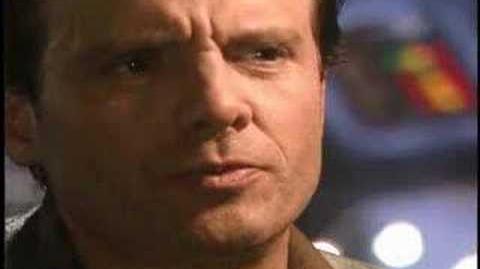