Operation: Chrono Storm is the twelfth and final mission of the Allied campaign of Command & Conquer: Red Alert 2.

In order to seal the fate of the USSR, the Allies have to capture Romanov and behead the Soviet war machine. However an invasion of Russia by conventional means will take months to complete and cost massive Allied lives.

The Chronosphere in Florida Keys is the key to victory - a full scale invasion of Moscow will be performed by troops teleported from all over the world into the heart of the city. The teleported troops will consist of IFVs, Grizzly, and Prism tanks, beside the MCV. President Michael Dugan appointed the Allied Commander as General Carville's successor to spearhead the invasion at General Carville's funeral.

The odds are not in favor - the Soviets still outnumber the Allies 10 to 1 and the Kremlin is protected by a fortified city and the hardiest Soviet troops, including Romanov's personal elite unit, the Black Guard.

Of course, the Soviets also have the Iron Curtain at their disposal and are not ashamed to use a tactical nuclear missile on their own soil. To counter the Soviet nuclear threat, Allied scientists created the Weather Control Device, a machine that allows Allied commanders to create fierce lightning storms over enemy positions.

As an MCV was prepared to be teleported to Moscow, three Navy SEALs were paradropped in a Tesla-defended POW compound. Slaughtering the conscripts, one SEAL took out the lone Tesla Reactor, rendering the Tesla coils offline.

Another SEAL liberated the POW camp holding Allied GIs and engineers, who soon garrisoned in bunkers guarding access to the ore fields and captured the oil derricks respectively. The MCV had then teleported at the center of the compound and immediately deployed itself at where the Tesla Reactor had once been.

As the Allies began teleporting their forces into Moscow and dug in their positions at the compound, the Soviets were completely surprised that their mortal enemies had entered Moscow undetected but they were by no means unaffected by it. Their response was to put the entire city on maximum alert and eliminate all of the Allied dogs. To cap matters Premier Romanov ordered the city's nuclear missile silo and Iron Curtain to be activated. Eva displayed the countdown times of both superweapons for the Allied commander to know.

Knowing that the Soviets would resort to any measure to wipe out the invasion forces, the Allied commander constructed heaps of Prism Towers and garrisoned many of the buildings surrounding the compound to weaken the heavy Soviet attacks. Kirov airships were initially a problem but the IFVs that had teleported moments ealier were able to bring them down until they were backed up by Rocketeers and Patriot Missile Systems. The Iron Curtain did come online a few times, allowing Soviet tanks to penetrate deep inside Allied defences as far as the compound itself but the effects were short-lived. The main problem was the nuclear missile silo.

To destroy the Soviet's superweapons, Professor Einstein, with some reluctance, provided the Allies with his ultimate superweapon invention, the Weather Control Device. The commander saw that destroying all the nuclear reactors would render all of the Soviet defenses offline, including the missile silo and the Iron Curtain. Two of the nuclear reactors lay undefended in the southeast of the Allied base, prompting their capture. The other two were well inside the Kremlin defense garrison. But with the countdown of the missile silo running out for the Allies they promptly "erased" the Kremlin reactors from time with their new Chrono Legionnaires while capturing the undefended ones. The Allies also used the WCD to weaken the two Soviet bases flanking the former's positions.

Now not having to worry about the Soviet superweapons any more the Allies struck back with increasing ferocity. As the Harriers made airstrikes against Soviet units, the Allied commander sent two armies to wipe out the remnants of the flanking Soviet bases and slaughtered the defenders.

Burning for revenge for the destruction of the Statue of Liberty at the start of the Soviet invasion of the USA in the Lone Guardian operation, Allied prism tanks pulverized the St. Basil's Cathedral in one concentrated strike. The Allied forces soon converged on the Kremlin garrison on two fronts and simultaneously attacked. Like St Basil's Cathedral, the garrison was completely destroyed.

Elimination of the Black GuardEdit

With the Soviet defense force annihilated, Romanov's Black Guard was the last line of defense, consisting of four elite Apocalypse Tanks and defenses, 1 Tesla Coil, 2 Sentry Gun defenses, and 2 Flak Cannons. But even the Apocalypse tanks were destroyed by Harrier airstrikes and the defenses were pulverized by the Allies from a distance.

Romanov declared that the Soviet Union will never surrender as the Allied armies surrounded the Kremlin. Tanya was then chrono-teleported into the Kremlin grounds via IFV and soon infiltrated the building. She bursted into the Premier's office with GIs and, after seeing through a Romanov imposter, cheekily found Romanov hiding under the desk in his boxers.

Worldwide celebrating ensues, with media coverage emphasis of Romanov being 'caught with his pants down'. The President later invites the command staff as well as Tanya to a victory bash at the White House, and Tanya invites the unnamed commander to accompany her.

Premier Romanov is locked away in the Tower Of London after the war, though no one knows he has a secret transmitter with him...

One thing marred the Allies' decisive victory however. Romanov's mysterious advisor Yuri was nowhere to be seen, along with the rest of his Psychic Corps. A few days after the victory bash, President Dugan receives what would soon become a doomsday phone call... 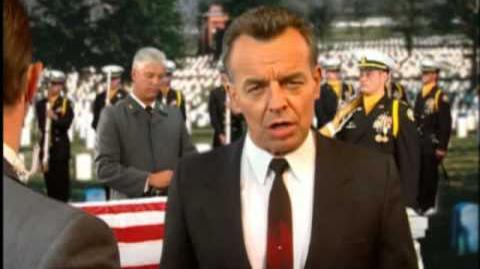 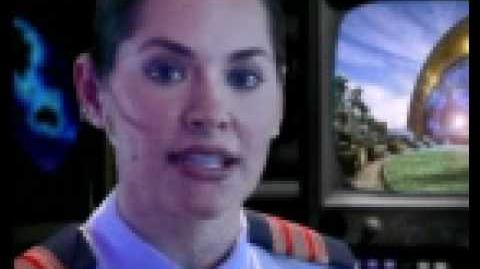 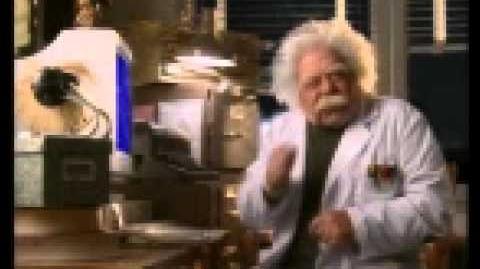 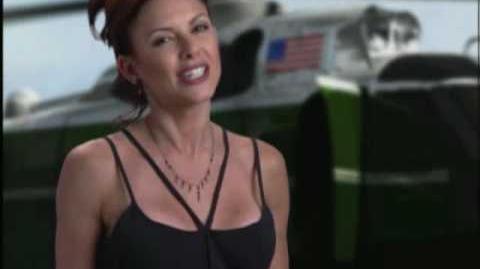 Retrieved from "https://cnc.fandom.com/wiki/Chrono_Storm?oldid=236868"
Community content is available under CC-BY-SA unless otherwise noted.