Cloning vats were a Soviet infantry production structure used during the first iteration of the Third World War. The technology was, however, apparently developed by Yuri, who used it exclusively in the second iteration of the war as part of his own arsenal and deprived the Soviet Union of the technology.

Originally, cloning vats were utilized by the Soviet Union during the first iteration of the Third World War in order to bolster their already impressive manpower. However, in the second iteration of the war, Yuri and his plans were exposed, which led him to claim his technologies for his own army and remove the ability for the Soviets to use them.

A major cloning vats network was located in Sydney, Australia, which he planned to use for cloning the world leaders of the time. However, these were destroyed by Allied forces during Operation: Clones Down Under. This was a significant setback for Yuri, although he did have additional vats at other key locations, such as his main base in Antarctica.

With the major alterations to the timeline caused by Anatoly Cherdenko, cloning technology was no longer deployed at field bases during the third iteration of the war. However, the Empire of the Rising Sun reportedly did experiment with cloning technology.

Only one vat may be built by a player at a time. When any infantry unit finishes training at a conventional barracks a duplicate emerges from the vats for no additional cost.

Infantry units could be sent into the Soviet cloning vats to be "recycled", giving credits to the owner. The only exceptions were engineers and teleporting units (such as chrono legionnaires). This function was not present in Yuri's vats, since he developed dedicated facilities for this role. Also, a cloning vat cannot be captured. 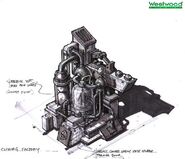 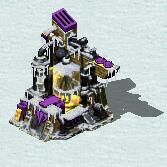 Yuri cloning vat in a snow theater in Snow Theater

Retrieved from "https://cnc.fandom.com/wiki/Cloning_vat?oldid=237613"
Community content is available under CC-BY-SA unless otherwise noted.