The Comanche is the USA's chief attack helicopter in the war against the GLA. Used primarily for the close support of ground forces, the Comanche is armed with a chaingun and missiles by default; the chaingun can fire continuously, while the missiles fire 4 at a time, with a brief recharge time.

A staple combat helicopter in the USA's arsenal, the RAH-66 Comanche is fitted with multiple weapon systems capable of quickly destroying ground targets. Its nose-mounted chaingun is deadly to enemy infantry, and its homing missiles deal good damage to vehicles and buildings. For even more firepower, it can gain rocket pods via the Rocket Pods upgrade.

The Comanche's chief purpose is close air support for ground units on the offensive. Highly maneuverable, it is effective against ground units of most types, especially infantry and light vehicles, which are easy prey. In groups they are potentially very dangerous, particularly in the case of General Granger's 'Stealth Comanches'. They make very good base guards, as they are immune to Rebel Ambushes, infantry drops, tank drops and a large enough group can destroy a Sneak Attack tunnel before it is fully deployed.

The Rocket Pod upgrade enables a Comanche to fire a staggering amount of rockets in a given area, and was capable of being used to destroy buildings or a large group of units, making them effective for demolition duty in a pinch. Interestingly, if a Comanche using the rocket barrage ability is ordered to stop before expending the rocket supply and another target is within range, it will fire the remaining rockets on said target (provided it's an enemy unit or base defense) before using its gun and primary rockets.

Groups are capable of destroying most anti-air units. Most anti-aircraft units are effective against the Comanche, notable examples being the GLA's Quad Cannon and China's Gatling Cannon. Rogue MiGs and Raptors are also quite dangerous to it. Comanches in general suffer from poor armor.

EMP weapons are also capable of causing the Comanche to crash by disabling it. Pilots parachute as normal.

They are also the only aircraft among General Granger's forces to not have a Point Defense Laser system, most likely for balance of gameplay, as a large swath of Comanches with single PDLs would be extremely lethal to almost every single ground unit. 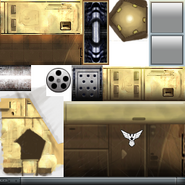 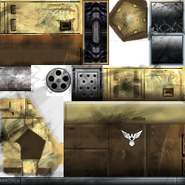 Use Rocket pod
Add an image to this gallery 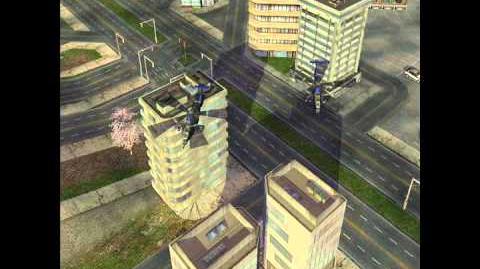 The Comanche was retired and canceled in real life in favor of UAVs even though it was a stealth helicopter but in the game it was widely used and it does not stealth (except for General Granger's Comanches).

Hammerheads and Venoms from the Tiberium Universe were very similar to it (provides air support for troops) only it uses guns and rockets. The Soviet Twinblade bears a striking resemblance, being different in function only in that it doubles as a transport.

The Comanche has two rocket pods on each wing which contradicts the fact that the 4 anti-tank missiles fired by the Comanche are based on Hellfire missiles which are exposed in their missile pod of 4. Interestingly the rocket pods upgrade's cameo are actually the Hellfire missiles that the Commanche comes with already. Additionally, the helicopter in the Rocket Barrage ability cameo is an AH-1 Cobra.

According to the sound files, General Townes was supposed to have a variant of the Comanche which would've probably used laser cannons instead of rocket launchers. It was scrapped for unknown reasons, although it was restored in some mods (Shockwave, Beta, Etc.) The same thing happens with the Paladin Tank.

Retrieved from "https://cnc.fandom.com/wiki/Comanche_(Generals)?oldid=236201"
Community content is available under CC-BY-SA unless otherwise noted.