Command & Conquer: Generals is a real-time strategy video game developed by EA Pacific and released in 2003. The game takes place in an entirely separate continuity that is completely unrelated to the Red Alert universe or the Tiberium universe. It is the first Command & Conquer RTS game to use 3D graphics in-game. Later that year, it was expanded with Zero Hour.

The Generals universe is similar to our own, though this universe seems to possess more advanced technologies, such as cold fusion, particle weapons, laser weaponry and autonomous drones. Several real world military vehicles also exist in this universe, most notably in the USA faction vehicles, such as the Humvee, the Raptor, and the Chinook helicopter.

In this universe, an international quasi-terrorist organization known as the Global Liberation Army rose to prominence as one of the main players on the world stage after a series of terrorist attacks throughout the world. After the GLA launched a nuclear attack on Tiananmen Square during a Chinese military parade, the War against the GLA, one of the deadliest conflict in the timeline, officially began.

Generals plays very differently from its sibling Tiberium and Red Alert series. For instance, resources are no longer obtained from minerals scattered on the ground, but are instead collected at "supply docks" and "supply stockpiles," and these resources, unlike Ore or Tiberium, are finite in quantity. Units now possess "special abilities" aside from their primary functions, such as American vehicles being able to create hovering robotic drones to provide support, Chinese Hackers capable of shutting down buildings or providing a steady flow of funds, and the basic soldiers of all three factions being able to capture buildings, eliminating the previous method of using engineers (although the process of capturing buildings in Generals is gradual rather than the instantaneous capture of previous games). Perhaps the most distinctive difference in contrast to Tiberium and Red Alert is that structures must be built using "builder" units, rather than prefabricated constructs which are deployed once completed. In spite of these differences, Generals retains many of the conventions of previous games, such as power to keep one's base up and running, Superweapons to devastate the enemy forces, commando units, and a Mammoth-esque tank (The Overlord).

Generals features three factions. Each one plays differently, and has its own advantages and disadvantages.

The United States is the most technologically-advanced faction, and fights with a combination of powerful ground units and a large, versatile fleet of aircraft. USA forces rely on skill, mobility, and high technology to defeat the raw firepower of China and the guerrilla tactics of the GLA. USA ground vehicles can construct unmanned drones to support and repair them in combat, while American troops and vehicles make extensive use of laser technology to guide weapons and defend against attack. American infantry have a number of special abilities, and include stealthy long-ranged snipers called Pathfinders and a powerful commando named Colonel Burton with a number of abilities revolving around demolition and stealth. The USA also fields the largest air fleet in the game, including attack and transport helicopters, fighter planes, high speed bombers and stealth bombers. American Generals' abilities revolve around air power, including air strikes by A-10 Thunderbolts and fuel air bombs (a.k.a The Daisy Cutter). They also possess a Particle Cannon super weapon capable of destroying units and most buildings in a single use.

The USA has a major disadvantage, however, in that it has the slowest resource gathering in the game; in comparison to troop costs, it has a less stable supply of power than China, and its high-tech units are very expensive. Despite being able to harvest the most of all factions in single go, with their speedy Chinooks taking $600 at a time, the other factions take more overall with faster and cheaper harvests.In addition, USA Chinooks are vulnerable to the common GLA quad cannons and Chinese Gattling tanks.

The People's Republic relies largely on brute force and sheer numbers, culminating in a variety of powerful and heavily armored tanks, and has limited air power. China's play style emphasizes direct assaults and sheer power to defeat American technology and GLA stealth, and also places some emphasis on defence. Combining Bunkers fully loaded with Tank Hunter for engaging tanks and Gattling Cannons to kill infantry and aircraft easily defend against any attack. In addition, Chinese buildings can be surrounded by Land Mines to prevent infiltration. Chinese troops and tanks gain special bonuses when in groups, and make extensive use of propaganda (passive healing) to support their troops. China has a wide range of vehicle types, including several specialized tanks like Type 88 as "Battlemaster", BTR-80 as "Troop Crawler", "Overlord" tank(s) and two artillery units. China make heavy use of gattling, nuclear, and napalm weaponry to destroy the enemy, but also posses advanced electronic warfare technology, including elite hackers, a spy called Black Lotus, and electromagnetic pulse weapons. The Chinese "Inferno Cannon" and "Nuke Cannon" are the only artillery units whose shells cannot be intercepted.

China has a major disadvantage in that its ground forces are generally slower than those of the other two factions. Due to having virtually no fast attack units, except for their MiGs, China is forced to make large, ponderous assaults with heavy units, a tactic that can be countered by the GLA's speed or the USA's air power. However, with the emphasis on quantity over quality, the Chinese forces are well-suited to winning drawn-out battles of attrition.

Being technologically disadvantaged, the GLA has comparatively weak (though highly mobile) ground vehicles and no air force, prompting the use of guerrilla tactics such as mining, suicide bombing, hijacking, and using salvaged enemies own weapons against them.

The GLA has a larger array of infantry types and vehicles to make up for their disadvantages, and also has the widest range of stealth options. In addition, the GLA has a very powerful economy, with various resource-gathering techniques such as salvaging wreckage, gaining cash bounties on destroyed enemy units, and building multiple "black market" structures to bring in large amounts of money over time. Also, the GLA are unique in that they have no energy requirement for any of their structures or units. GLA units have a multitude of upgrades that significantly increase their power as they become fully equipped, transforming a relatively weak group of units into a more respectable threat. The GLA is also unique in that its structures, particularly base defenses, rebuild themselves over time unless completely destroyed; this makes it difficult to permanently damage the GLA with many single-shot weapons or units.

The GLA's toxic weapons, suicide units, and stealth and surprise abilities enable it to hit enemies from unexpected directions, and its powerful economy, combined with cheap, fast units, enables it to flood opponents with sheer numbers. The GLA's primary disadvantage is that, in terms of firepower, range, and durability, its units are outmatched by Chinese and American units, and it has a complete lack of air power, except one plane to send Anthrax Bombs. This forces a GLA player to outmaneuver or outnumber opponents, as in an even, direct confrontation the GLA will lose to superior Chinese firepower and American technology. Despite lacking any aircraft units the GLA has the most feared anti-aircraft unit, the Quad Cannon. A medium armored truck, the Quad Cannon is effective against aircraft, with a fully upgraded quad cannon being one of the greatest surface threats to air units.

Main article: War against the GLA

The story of Generals begins in 2013, when a military parade at Tiananmen Square was interrupted by a devastating GLA nuclear attack, China retaliates, stopping a major terrorist threat in Hong Kong, destroys the Three Gorges Dam to stop GLA advances, and eventually, utilizes its nuclear arsenal to completely crush the GLA cell masterminding all Pacific rim operations in Western China and its neighbors.

Suffering a crippling blow, the GLA tries to recover from its setbacks by stealing funds from the UN and American forces while instigating attacks against their American and Chinese antagonists in Astana, destroying an American Airbase, capturing toxin bunkers and destroying a rogue GLA cell that allied itself with China. Eventually culminating in the overtaking of the Baikonur Cosmodrome and the firing of a Soyuz rocket bearing a biological MIRV at an unnamed city at the end.

At this point, the American armed forces engage the GLA across several locales, including Baghdad, Caspian Sea, Al Hanad, Kabara city and Northern Kazakhstan before defeating a rogue Chinese general supporting the terrorists and tracking them back to their base of operations in Akmola, Kazakhstan. After the American victory in Akmola, the GLA as a unified fighting force was broken, effectively ending the war.

The Generals series is banned in mainland China.[1] Throughout the Chinese campaign, the player is occasionally made to utilize heavy-handed tactics such as leveling the Hong Kong Convention and Exhibition Centre after it becomes a GLA base and destroying the Three Gorges Dam to release a flood on GLA forces. Chinese forces also liberally use nuclear weaponry in-game, albeit restricted to the lower tactical nuclear weapon yield range. Furthermore, in the introduction of the game, Tienanmen Square and its surrounding areas in Beijing is devastated by terrorist nuclear weapons.

In the middle of 2003, a regular localized German version was released in Germany. Due to the war in Iraq getting closer, the Bundesprüfstelle für jugendgefährdende Medien (Federal Department for Media Harmful to Young Persons) removed the game off the market for under 18's two months after the initial release, stating that the game would give underage people the ability to play the war in Iraq before the real war had even begun. Additionally, the player is able to kill civilians. Based on these two points the BPjM put the game on the index, because they thought it glorified war.

The sale to minors and marketing of the game were prohibited throughout the Federal Republic of Germany. Later, in the same year, EA released a new version called "Command & Conquer: Generäle", which did not incorporate real world factions or any relation to terrorism. For example, the suicide human bomber unit was transformed into an automatic rolling bomb vehicle, and all other infantry were changed into "cyborgs" in order of appearance and unit responses similar to earlier releases of the Command & Conquer franchise.[2]

During the concept stages of the game, the three factions were to be the Europa Alliance, Asian Empire, and African Warlords. Later these factions were changed to the USA, China, and GLA. [3]

Originally, there was supposed to be a generals' assignment system, as its name suggests. It worked similar, but differently to the generals system which eventually got used in the Zero Hour expansion pack - generals were not selected in the skirmish/multiplayer menu like factions, but instead main factions were selected and then generals could be chosen.

Every faction had three generals. They were as follows: 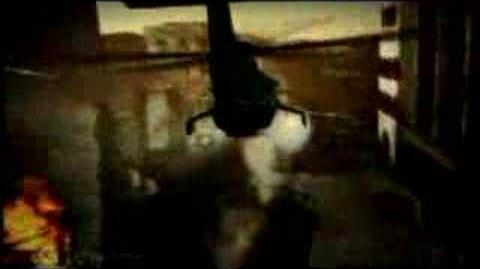 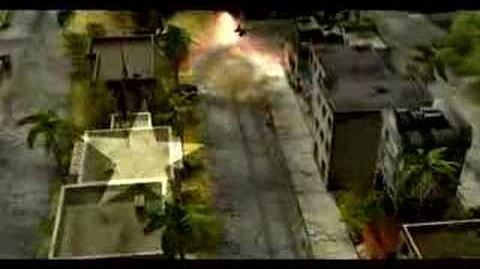 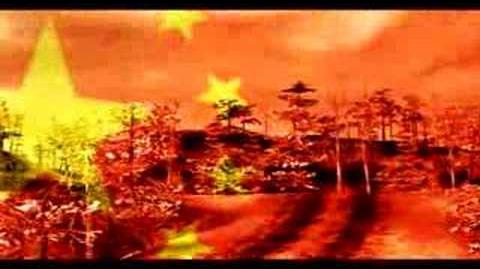 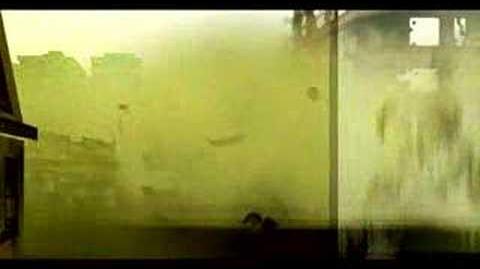 Retrieved from "https://cnc.fandom.com/wiki/Command_%26_Conquer:_Generals?oldid=241068"
Community content is available under CC-BY-SA unless otherwise noted.