Its story takes place during the final days of the First Tiberium War, and the player assumes the role of GDI commando Nick 'Havoc' Parker carrying out various missions assigned to him by his superiors. These missions take him all over the world in various countries and climates, both indoor and outdoor, and his actions greatly affect the current state of the war.

A sequel to the game, Command & Conquer: Renegade 2 was in the works, but was canceled.

The storyline of Renegade deals with the abduction of GDI's top three Tiberium research specialists by the Brotherhood of Nod. The player takes on the role of GDI commando Nick "Havoc" Parker, who is assigned to rescue these experts. As the game progresses it is revealed that they have been forced into biochemistry research for the Brotherhood's top secret "Project ReGenesis," an attempt to create genetically enhanced super-soldiers.

Command & Conquer: Renegade follows the standard FPS formula, giving the player weapons and a set of objectives for each level that must be met before continuing to the next. This is the only C&C game that has the first person view.

The multiplayer element of this game takes the form of 'Command and Conquer Mode', in which players are divided into the two teams: GDI and Nod. Each team starts with 8 men and must purchase vehicles and advanced character classes in order to destroy the enemy base and defend their own team. The game is won when one team destroys the other's base or the time limit expires and the team with the highest score is declared the winner. Damaging and destroying enemy units and structures earns points. Some servers allow the 'endgame beacon' that causes the game to be instantly won by the team that successfully detonates a superweapon beacon on the opposing team’s pedestal located in their Barracks or Hand of Nod. Gameplay is a combination of FPS and RTS elements, since team members receive money from tiberium harvesting and must purchase their own individual equipment.

By July 1997, Westwood had experimented with a 3D environment adapted for the Sony PlayStation. In 2014, a tech demo was discovered and publicly released. It featured a basic model viewer, with three models included in the game - the test model, the Commando and a Flame Tank, a player test, a terrain test, and "Jogging Around Atlanta" test level, which was possibly ported from the Sports Car GT game. It is unknown whether the game was considered for PC at this point or why the PlayStation idea was dropped.

The game engine, called W3D (or "Westwood 3D"), was developed in-house by Westwood, although it was based on the SurRender 3D engine, which was licensed from Finnish middleware company Hybrid Graphics. It was designed to support real world physics and allow seamless movement from indoor to outdoor environments. In parallel, it was adapted for RTS use in the 2001 Emperor: Battle for Dune. The "Westwood 3D" engine was re-used as the base of the Strategy Action Game Engine (SAGE) first used in Command & Conquer: Generals and later in subsequent Command & Conquer and Battle for Middle-Earth games.

When the game missed its shipping date, Westwood made a humorous video titled Havoc Takes on Westwood in which Havoc, the game's main character and hero, goes to Westwood Studios to make sure the game doesn't miss its shipping date again. Ironically, even after the video was made, they missed the shipping date once again.

The game originally featured a different commando (Logan Sheppard), looking much more akin to the original Command & Conquer unit and was much less action-oriented than its final incarnation. Also, Nod troopers looked more like their Tiberian Dawn equivalent, donning professional urban camouflage uniforms rather than red jumpsuits easily distinguishable on the battlefield.

After the closure of Westwood Studios in February, 2003, the responsibility for maintaining the official forums for Renegade was passed on to Christine "Crimson" Korza of Blackhand Studios, a non-profit organization whose mission statement includes keeping the game's community active, enhancing and patching the game, and keeping multiplayer games cheat-free through their RenGuard software.

On February, 2006, Renegade was shipped in the compilation, Command & Conquer: The First Decade along with 11 other Command & Conquer titles on a two DVD set. The bonus DVD contains slightly less than an hour's worth of content involving all the games included. The game DVD of Command & Conquer: The First Decade, Renegade included its latest patch (1.037) by default, has a sanctioned No-CD application on it, plus the CD components such as the movie files are now installed into its folder. Renegade, along with a few other titles had problems with its registry entry in the compilation's initial release, which has been since fixed in The First Decade's 1.02 patch.

While Westwood originally intended to make a sequel to Renegade set in the late Red Alert universe (known only as Renegade 2), the project was cancelled before any official announcements were made. Concept art depicting Red Alert styled structures and vehicles can be found online, as well as a test level depicting a Soviet refinery. Red Alert: A Path Beyond, an active fan project boasting 6000+ players monthly (February 2008), has now implemented Red Alert styled gameplay and content using the Renegade engine, also becoming the first of three fan projects to receive permission to release in a stand-alone fashion and the only one to have be promoted in an official capacity by EA. No record exists of another fan project being promoted and directly linked for download by Electronic Arts in a similar fashion.

No official expansion packs were ever released for the game. However, a software development kit (SDK) was released by Westwood Studios so that users could add their own content to the game. The studio also released a number of high-resolution models to the mod-making community, including some from the Command & Conquer: Red Alert games, particularly the second. Many fan sites have been established to celebrate the game and allow players to download new maps and custom expansion packs.

In July, 2006, EA Games released a software development kit (SDK) that catered for 3DS Max software for Command & Conquer: Generals and The Lord of the Rings: The Battle for Middle-Earth games. Although Renegade used the same basic game engine as these other two games series, it was not made compatible to this new SDK. However, members from the Red Alert: A Path Beyond community modified and re-released it to be compatible with Renegade after informing EA. An updated version was officially released, but lacked the ability to properly enable collision settings on the 3d meshes used by the game.

Nearly every unit and most of the structures featured in the original Command & Conquer have been re-created in the game, although with aesthetic changes. New characters include various mutants, GDI elite commandos known as the "Dead Six" and Nod elites such as the Black hand, Sakura, and Mendoza.

Some of the game's missions seem to be based on some GDI missions in Tiberian Dawn, such as the one in which Dr. Mobius is abducted by Nod and the player is charged with rescuing him, and the final mission in Renegade inspired by the assault on Kane's Sarajevo headquarters, though the mission itself takes place in Cairo. In the final Renegade mission, set in the Temple of Nod, certain rooms are recognizable as those from Tiberian Dawn Nod mission briefings.

In Tiberium Wars, scrolling hologram billboards can be seen depicting members of Nod and Dead 6 however; these are simply easter eggs.

C&C Renegade has been the launch pad for several C&C-based FPS mods. The two most popular mods, Red Alert: A Path Beyond, and Tiberian Sun Reborn, have both become standalone games through permission of EA Los Angeles. Other popular mods related to this game include Roleplay 2, and Renegade X, a remake of the game based on Unreal Engine 3. 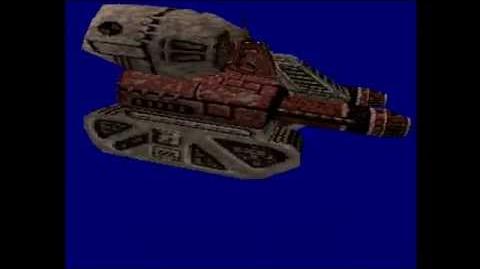 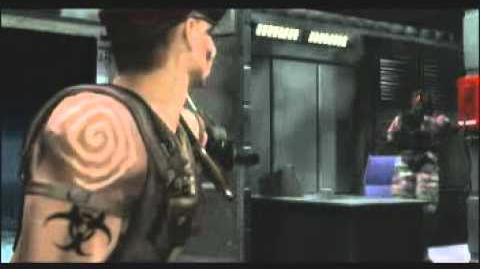 Command & Conquer Renegade - early trailer
Trailer from May 2000, showing Logan as the protagonist 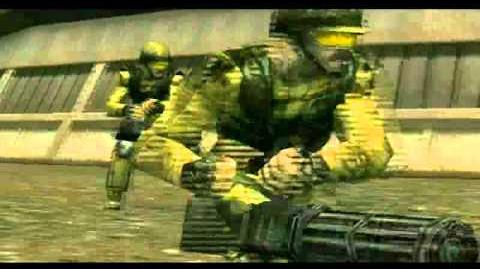 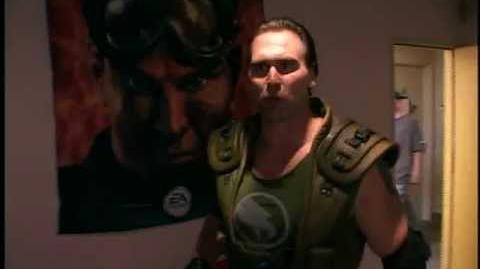 Retrieved from "https://cnc.fandom.com/wiki/Command_%26_Conquer:_Renegade?oldid=223140"
Community content is available under CC-BY-SA unless otherwise noted.