watch 01:06
'Command & Conquer: Rivals' – Official Reveal Trailer
Do you like this video?

The Global Defense Initiative has received intelligence concerning numerous nuclear missile silos across the globe. Both GDI and Nod forces have moved in to secure them.[1]

The game involves GDI and Nod forces facing off against each other on a single screen in 1 vs. 1 matches. Each side has access to a variety of commanders, which provide different bonuses for the player's forces. Forces are commanded in real-time.[1] Every battlefield is divided into a number of hexagons, each of which can be occupied by a single unit. For most units, only enemies in an adjacent hex can be attacked. There's a delay between moving to a hex and opening fire, so defenders tend to have an advantage.[2]

Each player gets to pick up to 6 units from their arsenal to use in a match. These units are split into three categories: infantry, vehicles, and aircraft. Units are deployed from respective structures,[1] which have to be constructed in the field.[3] Tiberium influx is constant at the start of the game and it raps up as the battle rages on. However, the rate of influx can be increased by constructing Harvesters.[1] The more units a player has on the field, the longer it takes to train new ones.[4] More units will be added to the game over time.[5] Each unit has a special role in which they are good at, and leveling them up increases their statistics. Commanders can also be levelled up.

The main objective is to destroy the enemy's base. On the center of each map, there is a nuclear missile silo that is controlled by the owner of the most launch pads (control points). Launch pads are owned by simply moving units on the hexes belonging to the point. If at least one unit of the opposing player is found on the same launch pad, the launch pad is then considered contested and does not belong to any one player until only one player's units remain. Base can take two nuclear missile hits before collapsing. Bases can also be attacked directly by conventional units. The nuclear missile's meter can only go up, so a player can potentially direct the launch at the last minute.

The fog of war returns from previous games.[3]

There are three currencies in the game: credits, diamonds, and fuel. Credits are used for upgrading units and commanders, fuel is used to order chests, and diamonds are a universal in-game currency.

On 7 November 2017, the Command & Conquer community noticed that Greg Black, until then a Blizzard Entertainment employee and former key Electronic Arts Los Angeles staff member, had returned to Electronic Arts a short while before, and immediately assumed through his earlier work that he was working on a real-time strategy game there. [6] [7]

Apart from a few teases on Greg Black's Twitter account, the only mentions of the game before the official announcement were an anonymous email sent to the Giant Bomb podcast on 1 May 2018[8] and a leak of information on Reddit's /r/commandandconquer subreddit on 19 May 2018.[9]

The game was officially unveiled on 9 June 2018, during the first day of EA Play.[10] In a 10-minute gameplay overview for IGN that same day, it was stated that the game had already been in development for 2 years by the time of the announcement.[11]

On 14 June 2018, Black revealed the focus points of the upcoming first patch for the pre-alpha version.[12]

Upon its unveiling, community response to the game was overwhelmingly negative, and the Twitter hashtag NotMyCnC quickly picked up in popularity.[10] Both the game's reveal and gameplay trailers had an overwhelmingly negative response via YouTube's like/dislike system, despite the latter video being unlisted shortly after publishing. It was further noted that the game's Twitter feed had a very small following, along with minimal activity.[13] In an interview for Eurogamer on 11 June, Michael Martinez and Greg Black acknowledged the response to the announcement, but invited players to play the game for themselves and give it "a fair shake", noting also that it will be a challenge to win over the core Command & Conquer fanbase. [14]

Key art
Add an image to this gallery 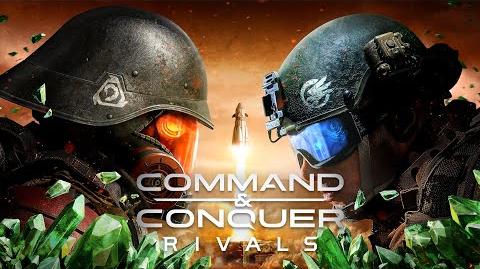 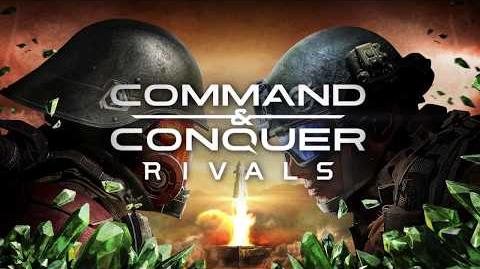 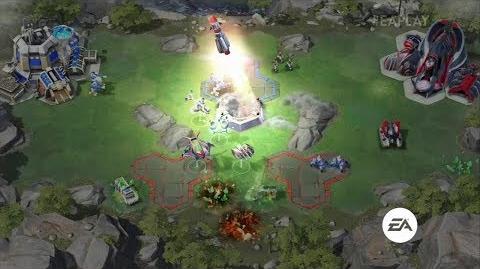 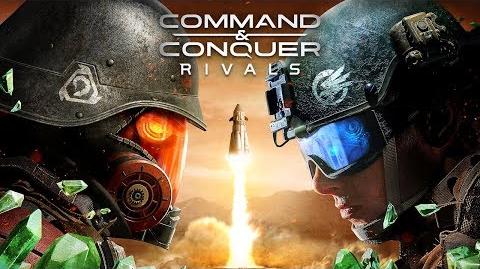 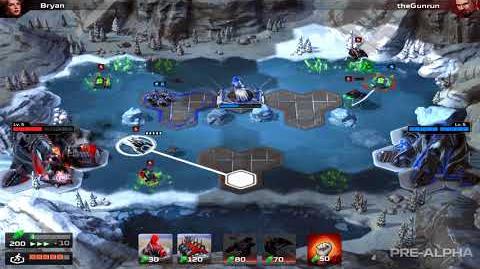 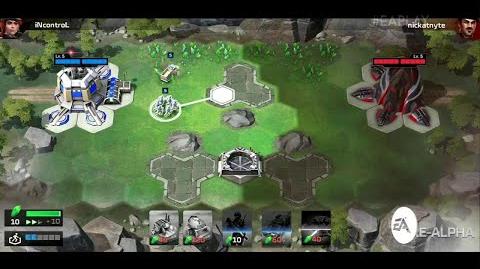 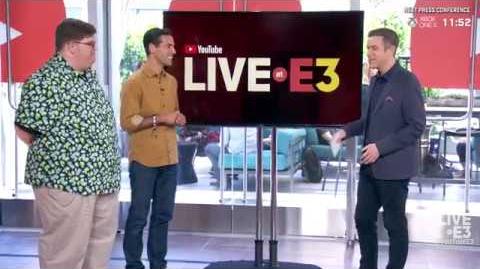 Retrieved from "https://cnc.fandom.com/wiki/Command_%26_Conquer:_Rivals?oldid=230608"
Community content is available under CC-BY-SA unless otherwise noted.