Command & Conquer: The Ultimate Collection is a compilation containing all 17 Command & Conquer titles up to its release with the exception of Sole Survivor, along with a 20-track music disc, a piece of exclusive commemorative art spanning all three Command & Conquer universes and an early access code to the then-upcoming Command & Conquer (2013). Pre-order on Origin was available as of 31 August 2012.

The games' executable files were somewhat updated to reduce the number of compatibility errors, such as black screens, on newer operating systems. However, gameplay-oriented and balance issues have not been dealt with.

The physical release only features a download code for Origin.

The music and art features are only available to US customers.

In July 2017, an update for the Origin client changed the client's way of operation, so the fixed launchers were no longer compatible. Later that month, a fixed version of the launchers was released, but not guaranteed to work. The issue repeated itself by May 2018.

*"Kane's Wrath" is commonly referred to by fans as "Mechanical Mind". The soundtrack from The Ultimate Collection tags it as "Kane's Wrath", and the internal name within the game files refer to it as "KanesWrath", so this is considered the official track name. 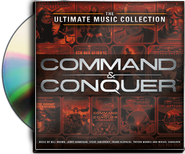 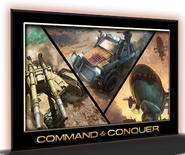 Exclusive commemorative art
Add an image to this gallery 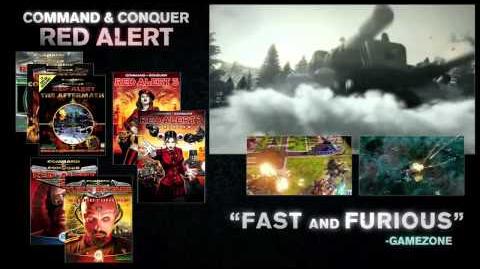 Retrieved from "https://cnc.fandom.com/wiki/Command_%26_Conquer:_The_Ultimate_Collection?oldid=226307"
Community content is available under CC-BY-SA unless otherwise noted.