Tiberian Sun follows Michael McNeil (GDI) and Anton Slavik (Nod) as they command Global Defense Initiative and Brotherhood of Nod forces during the Second Tiberium War. Despite winning the First Tiberium War with the Ion Cannon strike on the Sarajevo Temple complex, GDI forces were unable to account for the body of Kane; a singular fact that the GDI High Council later saw as a costly oversight. This "disappearance" made Kane immortal in the eyes of some of the Brotherhood, which allowed Nod forces to continue operating even thirty years later. GDI, however, mitigated Nod's effectiveness by installing a puppet leader (Hassan) over the largest splinter faction of Nod. Slavik, who saw Hassan as a traitor to Kane, overthrew Hassan's leadership, while Kane simultaneously revealed himself to the Brotherhood. Immediately after, Kane initiated combat operations on a number of GDI positions and contacted General James Solomon, aboard the GDSS Philadelphia. These events marked the beginning of the Second Tiberium War.

GDI's Commander McNeil was initially deployed to stop a Nod task force attacking GDI's outpost in Phoenix, AZ. Although he succeeded in driving Nod from the region, GDI suffered heavy losses. From the Phoenix base, however, McNeil attempted to and did secure an alien warship Nod's General Vega crash landed, although he was unable to secure any significant hardware. He did, however, encounter a Forgotten mutant by the name of Umagon, who promised the support of her Forgotten comrades in return for GDI support in rescuing their leader, Tratos. Upon rescuing Tratos, Solomon sent McNeil to South America to assault General Vega's stronghold. McNeil successfully captured Vega's stronghold and attempted to interrogate Vega, however, Vega's drug-induced insanity and Kane launching a nuclear strike on the facility prevented McNeil from getting anything more than cryptic hints about the origin of the alien warship. The speculation about the alien ship was quickly put on hold, as Nod forces under the command of Anton Slavik attacked and captured GDI's fortress in Hammerfest, Norway. Commander McNeil led an amphibious assault group into the base, evicted the occupying Nod force, and retrieved the sonic crystals being held in the base from Slavik's forces. In the process, McNeil's brother, on station in Hammerfest, was killed by Nod forces. General Solomon, then contacted McNeil about Kane's new chemical missile facilities and Banshee fighter factories. For GDI to successfully conclude operations in Europe, both of these threats were to be dealt with. In the middle of these operations, the mutant Umagon was captured by Nod and taken to Kane's pyramid in Cairo to complete her Divination. Disobeying orders from General Solomon, McNeil left immediately. While en route to Egypt, McNeil's command ship was grounded by an ion storm; however, after holding off Nod forces, he continued uninterrupted. He discovered Nod was also attempting to set up ICBM launchers to target and destroy the Philadelphia. The events of the Second Tiberium War eventually culminated in McNeil defeating Kane (and Nod) at Nod's Cairo missile launch facility, narrowly averting a chemical missile launch that could change the fate of the humanity. This ending is considered canon and is followed by events in Firestorm.

Anton Slavik, a Black Hand prelate and experienced commander, managed to escape a Nod holding facility under the command of the GDI-installed puppet leader, Hassan. Linking up with Nod forces loyal to Kane, he successfully deposed Hassan as the de facto leader of the Brotherhood. Coincidentally, Kane also revealed himself to the Brotherhood at this time, which had the effect of uniting the fractured segments of the Brotherhood of Nod. With Nod reunited, Kane initiated several assaults on GDI bases around the globe. Kane, however, tasked Slavik with recovering the Tacitus, an alien database that was on board the ship Vega crashed. After retrieving the Tacitus, Nod forces captured the mutant Umagon and destroyed a number of GDI research facilities, as well as delaying the deployment of the Mammoth Mk. II by eradicating the prototype vehicle.

With knowledge decoded from Tacitus, Kane's vision to end the war with a World Altering Missile, a weapon designed to instantly saturate the entire Earth with Tiberium, is nearing completion. However, one last obstacle remains: GDI's space station GDSS Philadelphia is capable to intercept the Missile in flight. To eliminate this final threat, Slavik initiated his delicate multistage plan. First, a cameleon spy is sent to steal launch codes to GDI's ion cannon. Then, a task force managed to capture Jake McNeil, a key GDI officer stationed at Hammerfast, on his inspection tour to a minor base. While in costody, McNeil is "convinced" by seduction tactic to join Nod's cause. With McNeil's help, Nod is able breach GDI's "impenetrable base" in Hammerfest, protected by state-of-the-art Firestorm defense technology, and set up anti-satelite system there.

As GDSS Philadelphia is destroyed, the WAM is launched. After delivering a final speech, Kane completes his "ascention" and vanishes. The final scene shows a green-tinted, "Tiberiumized" Earth. The fate of the humanity is unknown. According to Kane, it is a process of evolution instead of eradication, hence "a new beginning".

After GDI's victory in the First Tiberium War, GDI military technology advanced unevenly across a number of areas. While Nod maintained the edge in Tiberium technology, GDI was, however, able to implement several key advances. Technological progress was made in the areas of

Nod, while in hiding, also made a number of advances in:

Much of this technology was lost in the period between the Second Tiberium War and the Third Tiberium War, as CABAL took much of the cybernetics advancements with it, subterranean technology was abandoned, and Nod had to reacquire their stealth data and nuclear stockpiles from GDI outposts.

The development cycle of Tiberian Sun was not without issues. The project had been underway for at least two years until Virgin Interactive started drastically losing money, and placing its assets, Westwood Studios included, for sale. By the time Electronic Arts purchased Westwood in August 1998, the game missed its November 1998 deadline[2], and was delayed for spring 1999, only to be delayed again for summer 1999.

A number of gameplay and engine features did not make it into the game, or were released with Tiberian Sun: Firestorm. Many bugs and inconsistencies were left unresolved even after the latest official patch. At the time of release in 1999, Tiberian Sun had been in development for approximately 36 months. In a 2000 interview for Gamasutra, Rade Stojsavljević gave a detailed look at the development of Tiberian Sun, blaming feature creep and poor organization for the game's issues.[1]

Tiberian Sun was featured on Westwood's booths at E3 1998 and E3 1999, and had a summit two weeks prior to release.

Ion cannon and Obelisk of Light

Fight in the city

Obelisk of Light and Ion cannon

Nod stealth generator
Add an image to this gallery

Tiberian Sun, along with its Firestorm expansion, has been released as freeware by EA in February 2010. The freeware release was based off the version built into The First Decade. Due to an error, the modified executable is unable to read movies03.mix, which holds the Firestorm-specific cutscenes in the regular CD release, and all Firestorm cutscenes were ported to movies01.mix along with vanilla Tiberian Sun GDI cutscenes, hence the noticeably higher size of the latter file. 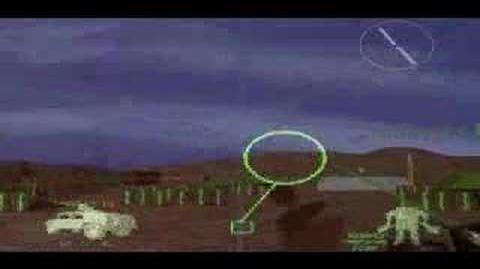 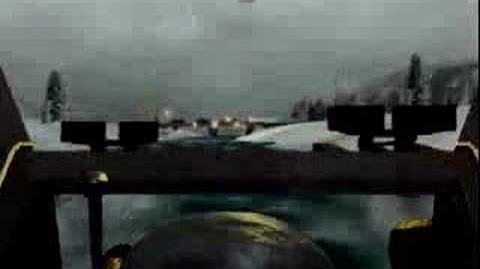 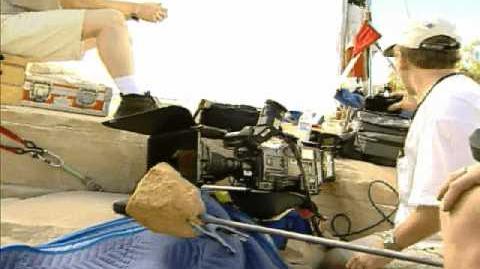 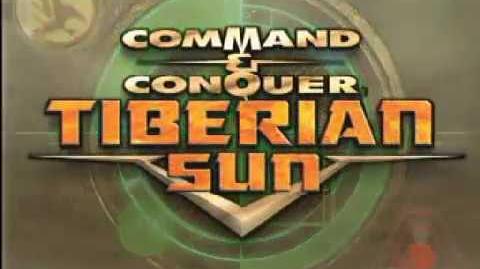 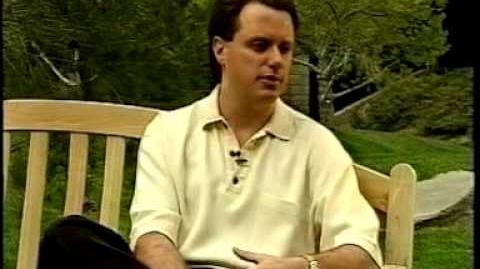 Retrieved from "https://cnc.fandom.com/wiki/Command_%26_Conquer:_Tiberian_Sun?oldid=245036"
Community content is available under CC-BY-SA unless otherwise noted.