Command & Conquer: Tiberium Alliances is a free-to-play browser game originally developed by EA Phenomic. It is set in the Third Tiberium War era, with some aerial units taken from Command & Conquer 4: Tiberian Twilight.

Tiberium Alliances was unofficially revealed on 13 December 2011 by the French C&C fansite CnCSaga.com, after EA had registered several Internet domains with the word "Alliances" on 2 December. The official trailer was released a day later.

As of 15 December 2011, people could sign up for the closed beta testing. EA gave codes through e-mail, but sometimes gave codes that could be used from 20 to 1000 times via Twitter. Some fansites were also giving codes via contests under EA's authorization.

On 18 December, EA Phenomic confirmed that Tiberium Alliances would be available in more languages on their official Twitter profile.

On 28 January 2012, the Russian gaming portal Igromania made a video showcasing Tiberium Alliances and interviewing some of its creators. It was confirmed that the Forgotten would be a neutral and unplayable faction, as they cover most of the map and 90% of the battles are expected to be against them. [1]

On 14 March 2012, EA transferred Tiberium Alliances from closed to open beta, lifting the NDA policy and uploading a new trailer. As of 10 May 2012, the Brotherhood of Nod is available to play on the former closed beta servers. Along with maintenance downtime, Nod gameplay was spread on other servers as well.

The game went gold on 24 May 2012, shortly after opening servers for nine more languages. In July 2012, Tiberium Alliances counted more than a million players.

For the one year anniversary in May 2013, a contest was announced on a special anniversary world. The top players would receive keys to the closed beta for Command & Conquer.

Players control a base, and can place and upgrade buildings. Upgrading the base is how players gain ranks. Players collect the following resources in their base and by combat: Green Tiberium, blue crystals, power, credits, and research points. Attacking other players and Mutant forces is governed by command points, which regenerate over time. Research points are used to unlock new units. The base is divided into buildings, defense, and offense sections. The map is a large circle, with the Mutants controlling the center, and players must drive toward the center and form alliances. Players control a static army, which must be repaired after taking damage; units can be leveled up just like buildings. There is a time limit during the combat stage.

The game is set between the Third Tiberium War and the Ascension Conflict, but no main story will ever be included, as Phenomic considered Tiberium Alliances a game where the players create their own story by forming alliances and fighting others. The players also fight Forgotten outposts to drive toward the center of the world, where a Forgotten Fortress was established. The Fortress was rumored to hold the Tacitus.

This introduction text is given at the beginning of the game:

"Following the Mutant Exodus of 2037, defeated remnants of The Forgotten have once again grown powerful in the Tiberium rich wastes of the wastelands now known as the Forgotten Lands. Led by the mysterious and influential Athos, this wild force has now acquired the vast power of The Tacitus, an alien matrix of incalculable knowledge, which they will use to expand their power and spread the toxic Tiberium crystals across the globe.

It falls to you to rally the forces of humanity and regain control of The Tacitus. Good Luck Commander."

In early 2013, the Endgame events started. Alliances must capture wrecked satellites to acquire codes to hack shield hubs. Once the shield hubs are under player controls, the Fortress in the center of the world is open to attack.

EA Phenomic was criticized for plagiarizing certain Warhammer 40,000 universe tanks (Ork Bonecruncha and the Imperial Guard Baneblade respectively) with the Forgotten Bombard and Grinder tanks due to their designs being completely copied and merely retextured. EA Phenomic later stated that the tanks in question would be redesigned. [2]

Logo used during the beta phases

Vertigo Bomber concept art
Add an image to this gallery 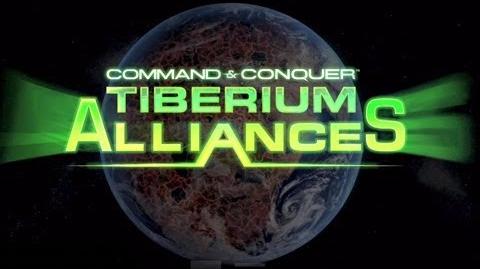 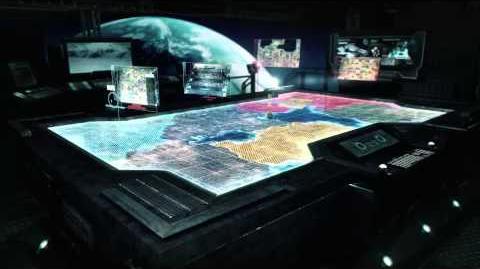 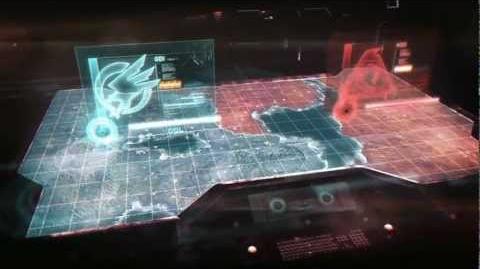 Retrieved from "https://cnc.fandom.com/wiki/Command_%26_Conquer:_Tiberium_Alliances?oldid=228893"
Community content is available under CC-BY-SA unless otherwise noted.