Command & Conquer (popularly referred to by its working title, Tiberian Dawn) was the first Command and Conquer game, and the starting point of the Tiberium universe. Developed by Westwood Studios in 1995, Tiberian Dawn takes place when a strange crystalline substance called Tiberium starts appearing on Earth. While the Global Defense Initiative attempts to control the situation, a faction called the Brotherhood of Nod rises and attempts to destroy GDI and embrace the "Tiberium Age". The events that follow are known as the First Tiberium War.

An expansion pack, The Covert Operations, was released in 1996, introducing new missions for both sides.

On 14 November 2018, it was announced that Command & Conquer would be remastered by Petroglyph Games and Lemon Sky Studios under supervision of Electronic Arts, along with the Covert Operations expansion pack.[2]

Tiberian Dawn is set in the late 1990s after a meteorite crashed on the Tiber River, Italy, bringing a mysterious but extremely valuable substance, Tiberium. An ancient secret society, the Brotherhood of Nod, somehow acquired the technology to exploit Tiberium's potential ahead of the mainstream scientific community. Led by a messianic leader known only as Kane (played by Joseph D. Kucan), Nod eventually came to control almost half of the world's Tiberium. Using the immense wealth and power gained from Tiberium, the terrorist organization began to spread its influence around the globe, especially among the disenfranchised people of the Third World. In response to Nod's growing influence and Nod terrorist attacks, the United Nations Security Council tasked a recently-formed global taskforce, the Global Defense Initiative, with destroying the Brotherhood.

The Nod campaign ends with Nod's total conquest of the African continent, marked by the fall of South Africa. To celebrate the victory and to further damage GDI's international reputation, Kane authroizes the commander to destroy one of the landmarks (Eiffel Tower, the White House, Brandenburg Gate, and Houses of Parliament) with hacked GDI Ion Cannon.

The GDI campaign ends with the total destruction of Nod base in Sarajevo, Bosnia and Herzegovina, including the Temple of Nod in which Kane resides. Special cutscene will be shown if the final blow on the Temple is delivered by the Ion Cannon, and this scenario is considered canon.

Both GDI and Nod endings are considered canon. The GDI campaign starts sequentially after the Nod ending.

The original concept of the Command & Conquer fiction was created by Brett Sperry, Eydie Laramore and Joseph Bostic. Like its predecessor Dune II, Command & Conquer was originally intended to be a high fantasy game featuring wizards and warriors. However, due to the political climate of the early 1990s, and the events of the Gulf War in particular, the developers felt that a contemporary war environment would be more accessible. According to Westwood co-founder Louis Castle: "War was in the news and the threat of terrorism was on everyone's mind. That definitely had an effect on the fictional world of C&C, though a parallel universe was created to avoid dealing with the sobering issues of a real war. "We wanted to make it a contemporary war for a contemporary world, with contemporary politics. At the time, Brett Sperry had said that it seemed to him that the next wars won't be fought nation-to-nation, but fought between Western society and a kind of anarchistic terror organization that doesn't have a centralized government. It turned out to be very prophetic". In an interview, Kane's actor Joseph D. Kucan mentioned that the Brotherhood of Nod faction was an invention of Eydie Laramore in particular, with the two of them having extensively discussed biblical metaphor and imaged backstory.

The Tiberium substance was introduced to replace the spice from Dune II as the mined resource for building and expanding, with Louis Castle stating: "It solved one of the fundamental problems we had with making an RTS, which was that we wanted to have a central resource that everybody was fighting over. Dune has spice, which made perfect sense - and it was also used when we came to the idea of Tiberium. It became the anchor of the C&C universe because people were arguing over a limited resource that represented wealth and power". The original concept of Tiberium was inspired by the 1957 B-movie "The Monolith Monsters".

The minigunners wading through the water obviously show it's edited. Another oddity is the beach itself... there is no beach in that direction in C&C.

This picture shows that Nod originally had its two different team colors, namely grey and red, combined on all buildings as well as faction distinguishable Construction Yards

Shows an earlier version of the Humvees

This image shows unused graphics of a crashed A-10, and a more modern-looking bridge. At this point it was obviously not yet decided that the Gun Turret would be a Nod-only structure.

This is from a german C&C trailer. Oddly enough, it shows a GDI-owned Flame Tank, which is, again, full remap. Also, the Mammoth tank missiles seem to have an incredible range.

Also from the German trailer, this shows a Nod base, with the double Nod remap (grey + red) shown on the refinery. Also note the blinking arrows on the refinery seem to be remap as well.
Add an image to this gallery

There was a single expansion pack released, the The Covert Operations, released in 1996. It only focused on adding new missions, but other than that, no new content was made. The missions are not campaign-based, but can be selected in a list and played in any order. A New Missions button was added on the game's main menu to access that list.

The expansion pack contains a hidden 5-mission mini-campaign of dinosaur missions, accessible by launching the game with command-line argument 'funpark' and then starting a new game. e ROM.

The System 7.5-native version was released in 1996 for Power Macintosh machines ported by Totally Hip Software. It introduced many of the features that were later implemented into the Windows version, such as SVGA resolution, the black and gray sidebar and 1v1 Internet play over Westwood Online.

Several console versions of Command & Conquer included extra sets of unique new missions, called Special Operations. These have since been ported to the Windows version by the fan base and included in the unofficial 1.06 patch. The PlayStation and Sega Saturn versions contain the same missions set.

The Nintendo 64 port was developed by Looking Glass Studios and released in 1999. It featured 3D environments and structures combined with 2D infantry sprites. It also introduced four exclusive missions which have since been ported by fans and are included in the unofficial 1.06 patch for the Windows release. Inside the ROM, most of the other Special Operations and Covert Operations missions can be found as well, but none of them are playable in the game itself without editing the ROM.

To mark the 12th anniversary of the Command & Conquer series, EA has released Command & Conquer for Windows as freeware in 2007. While this was not the case for the Covert Operations expansion pack, the fans have distributed it alongside the base game without sanction, so it is de facto considered freeware as well.

The original releases are currently down, but mirrors exist here.

The unofficial 1.06 patch, which started as a collection of crash fixes made by various hackers around the release of Command & Conquer: The First Decade, grew out to a full game enhancement patch. Its features include numerous bug fixes in game logic, missions and graphics, a fully customizable game resolution, all original console-only missions, a language packs system for unofficial translations, and a lot more. With most of the bugs out of the way, the patch project is shifting towards adding new features in mission making, modding and translation. Since its development is closely tied to that of the CnCNet online play system, and none of its features irreversibly change the original feel of the game (any that do can generally be disabled in the game's configuration tool), it has become the de facto standard in the C&C community.

FreeCNC is an open source clone written in C++ and Lua using the SDL libraries that is not developed anymore. There is also a Tiberian Dawn mod for the C# reimplementation OpenRA that uses the original game graphics, but is rebalanced and optimised for multiplayer matches. Similar but in very early stages of development is Red Horizon which tries to create tools and a game engine for legacy 2D Westwood RTS in Java. Command and Conquer - Tiberian Dawn - HTML5 is a recreation of the original game in HTML5 and JavaScript meaning it runs in modern web browsers. 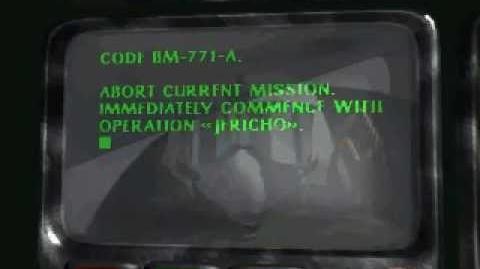 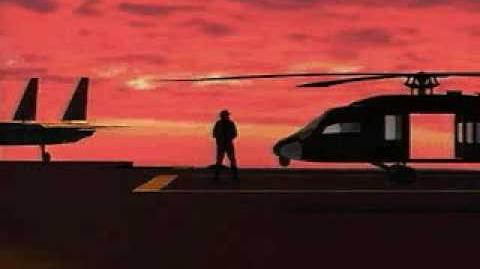 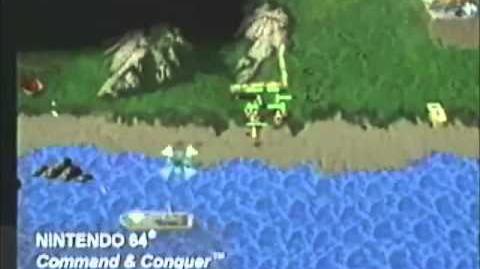 Retrieved from "https://cnc.fandom.com/wiki/Command_%26_Conquer_(1995)?oldid=231041"
Community content is available under CC-BY-SA unless otherwise noted.