The first of the games that were to be included was Command & Conquer: Generals 2, originally announced as its own game during the 2011 Spike TV Video Game Awards, as a sequel to the 2003 Command & Conquer: Generals. It was supposed to utilize the Frostbite 2 engine, removing support for Windows XP and DirectX 9, as well as mods. In May 2013, a shift to the Frostbite 3 engine was announced. According to several developer interviews, the Tiberium and Red Alert universes were intended to be revisited as well.

On 29 October 2013, it was announced that development of the game was cancelled. In an official statement, EA stated that critics from the closed alpha tests proved they were not making the game everyone was expecting. However, a Victory Games employee under the tag EA_Baelor denied that the fans' judgement was the sole factor that led to the cancellation, putting the blame on corporate politics and shenanigans.[5] [6]

Victory Games was founded in late 2010, but was not introduced until February 2011. EA_CIRE, the C&C community manager, has been posting bracket games, polls and created a special space on the official Command & Conquer forums that enabled visitors to suggest their ideas for the next C&C game.

In November 2011, rumours have surfaced that Victory Games had been placed under BioWare's supervision, and a screenshot leaked, showing a destroyed GLA Technical with its driver in the air. Speculations arose, especially when EA registered new Internet domains on December 2nd, 2011, mainly using the keywords "Generals" and "Alliances". Around that time, a three-second footage video of the new game was featured in the trailer for Spike TV Video Game Awards 2011, which mentioned a new RTS game under development at a BioWare studio.

On 10 December 2011, during the mentioned event, a full 30-second trailer was released, confirming the title of Command & Conquer: Generals 2 and showing two of three sides - the European Union and the Global Liberation Army. Victory Games was confirmed to be a part of the BioWare brand, and was named BioWare Victory.

On 15 August 2012, the game was renamed to simply Command & Conquer and adopted the free-to-play model and the singleplayer campaign was dropped. The idea was badly received, as fans criticized EA about the imbalances of their style of free-to-play games, and that the game was going to be oriented around multiplayer only.

EA_CIRE, the global community manager, later responded to this saying he took the time to read the fans' feedback carefully and it was not a surprise for him to see the two major complaints being lack of singleplayer and "pay-to-win" accusations. He later stated there also has been some misunderstanding out there that he wants to resolve about how most people automatically set free-to-play equal to "pay-to-win" and how there would be a singleplayer set as a DLC.[7]

On 9 September 2012, Frank Gibeau stated that the new game would have a singleplayer campaign after all, due to the harsh community response given to EA with this statement:

On 22 November 2012, the French fansite CnCSaga.com obtained seven work-in-progress videos of the storyline cinematics, revealing some new characters and units, with some old ones returning, like Jarmen Kell. There are also indications of an APA faction (abbreviation later revealed to mean Asian-Pacific Alliance[8]) as the third faction that unites East Asian countries and a possible return of General Tao. It is assumed that the videos originated from a former Victory Games employee. Shortly thereafter, they were forced to remove the videos by the development team, but some of them were re-published in 2014. [9]

The C&C Community Summit took place in Los Angeles in mid-December 2012, where selected community members were given the chance to play the game and share feedback. From leaked footage and information from various fansites, the APA logo can be seen briefly, the sidebar was (temporarily) replaced with the bottom bar, power plants can only power buildings in their immediate vicinity, credits and Oil are the gatherable resources and construction dozers are confirmed to return.[10]

Information on the Command & Conquer started to be revealed at a higher rate during 2013, as the game was featured on E3 and gamescom events of that year (the latter marking the return of CommandCom). During that time, a Premium model was briefly shown, but was not fully designed at the time, as screenshots that portrayed the related menus had placeholder assets.[11] Campaign missions were announced to be released in 2014[12], but at the time of the announcement, the release date for the game itself was still unknown. The closed alpha started in mid-2013, while the non-disclosure agreement (NDA) was lifted on 3 October 2013[13].

On 25 October 2013, Victory Games announced the time frames for the game's beta stages and release[1]:

As the deadline for the alpha update approached, Victory Games was abruptly closed on 29 October 2013, marking the end of the development on Command & Conquer. The news were followed by a pre-written statement by a higher branch at EA that the game did not meet the community's wishes and that the company was considering options for the continuation of the game's development. It was later denied that the main reason for the cancellation was community feedback, and the blame was put on "corporate politics and shenanigans".[5] [6] The game's cancellation, coupled the lack of any further news, has put the future of the entire Command & Conquer franchise into question.

The year is 2023, and the world once again teeters on the brink of war. The China dominated Asia-Pacific Alliance (APA), having sat comfortably as the world’s foremost geopolitical power for nearly a decade, finds itself challenged on all fronts. The reformed European Union (EU), now a high-tech, single-state entity with an increasingly expansionist agenda continues to flex her muscles, while a series of increasingly bloody uprisings have torn key APA and EU satellite nations asunder. Rumors point to a newly reconstituted Global Liberation Army (GLA) as the instigator, but witnesses have described technology far beyond the reach of any normal terrorist organization. Concerned, the APA dispatches an elite force to infiltrate the latest, most volatile rebellion, one targeting an EU backed dictator.

Their mission - learn the truth about the GLA, undermine the EU and restore peace to the globe. This is just the beginning.

GLA units
Add an image to this gallery

Environment concept 3
Add an image to this gallery

The dam
Add an image to this gallery 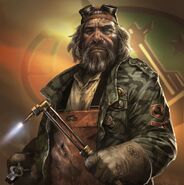 Kitbash
Add an image to this gallery

Dr. Thrax
Add an image to this gallery 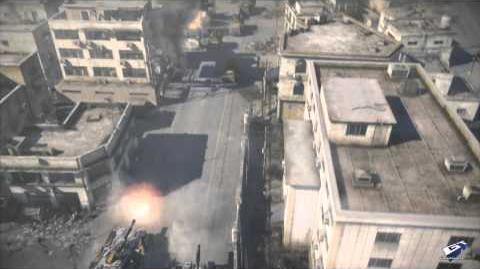 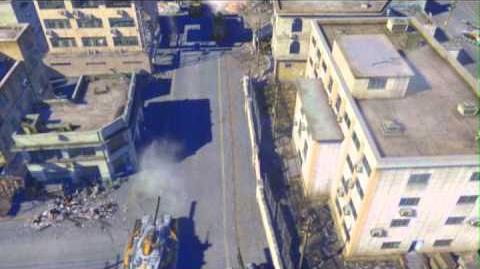 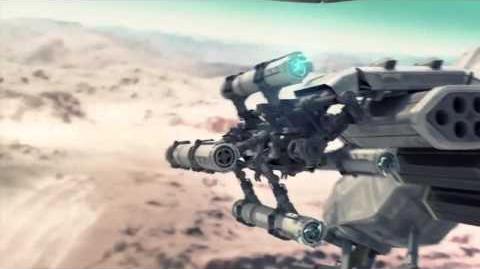 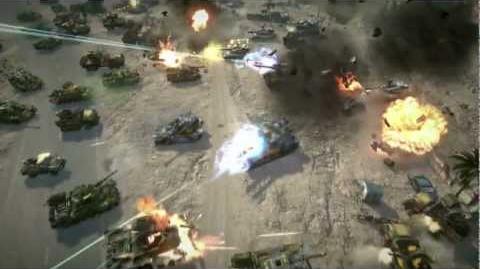 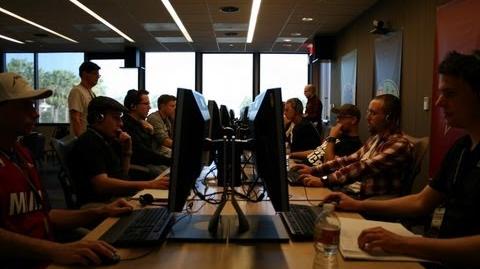 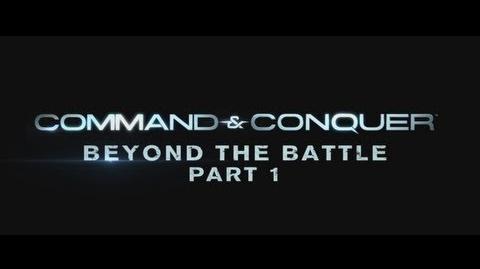 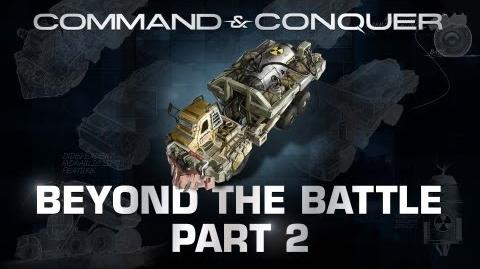 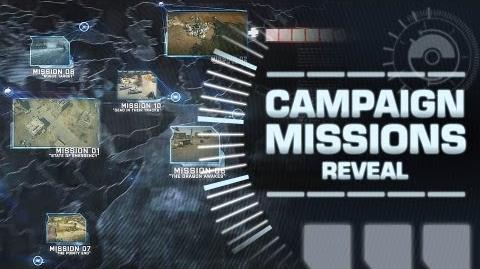 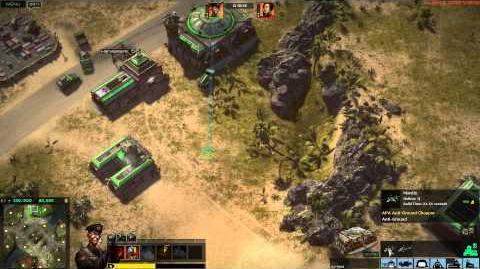 Retrieved from "https://cnc.fandom.com/wiki/Command_%26_Conquer_(2013)?oldid=230085"
Community content is available under CC-BY-SA unless otherwise noted.