Kane's Wrath focuses around the events after the Firestorm Conflict, before and during the Third Tiberium War, and shortly afterwards. The game introduces new sub-factions formed from the three original factions, each with new and edited units and different play styles. The PC version introduced the Global Conquest mode, while the Xbox 360 version had the exclusive Kane's Challenge mode.

The game was developed by BreakAway Games under the supervision of Electronic Arts Los Angeles while the rest of the latter's RTS team was working on Red Alert 3.

Kane's Wrath features a "Risk-like" gameplay mode called "Global Conquest", where players build and control their forces from a strategic, global level with the goal of either destroying all enemies or completing their side's alternate victory objective. Instead of the traditional Command & Conquer RTS gameplay, the mode uses a turn-based system where the player issues higher-level orders such as "build a base here" (to have the computer automatically build a base with preset structures) or "upgrade this base" (to have the computer automatically perform multiple structure upgrades on a base); the orders execute at the end of a turn and the other sides then get theirs. Combat in this mode occurs whenever two opposing forces collide on the world map; the battle can either be played traditionally (as a standard real-time C&C game) or be automatically resolved by the computer using the forces' relative strengths.

Kane's Challenge is exclusive to the Xbox 360 version of Kane's Wrath, replacing Global Conquest Mode. Similar to the Generals Challenge mode in Zero Hour, the player chooses one of the nine factions, and is pitted against all armies spanning ten challenges; referred to as "The Gauntlet" in-game. Also included in this game mode are all-new, high-definition video sequences featuring Joseph D. Kucan as Kane, congratulating or taunting the players as they progress in Kane's Challenge. 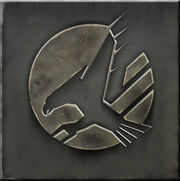 A battalion favoring heavy armor over infantry tactics, using a mix of more aggressive military tactics and cutting-edge walker and tank technology. Due to their focus on heavy armor, they possess several types of unique walkers, such as the Titan and Wolverine-class walkers. Additionally, they use older Juggernaut models, the Behemoths, which possess infantry bunkers to give them protection from armor and rocket squads. Their vehicular focus is enforced with the possession of garrisonable Harvesters, repair-capable APCs, and armed engineers to allow armor dominance. However, this is at the cost of the sonic weaponry used by ZOCOM and several types of infantry, particularly those whose deployment requires an armory. 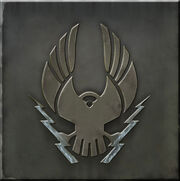 Zone Operations Command is a high-tech unit entrusted with the task of combating Tiberium and establishing dominance of Red Zones and Critical Yellow Zones. They, unlike the Steel Talons, place much focus on Sonic Weaponry, possessing unique zone raiders, who are overall better than their zone trooper counterparts, Sonic munitions for the Orca Gunship, and the most advanced version of the Shatterer sonic tank. Additionally, their infantry can be given Tiberium field suits to protect them from volatile Red Zone conditions. However, due to the unstable conditions of the Red Zones, they are not allowed Railguns or Juggernaut artillery walkers. 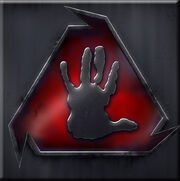 Within the Brotherhood of Nod is an elite order of warrior-priests, the Black Hand. Formed of shock trooper-type infantry, such as the Black Hand infantry, it is primarily an infantry faction, though possessing extensive flame weaponry. Overall, it is geared towards fast, anti-infantry assaults. In place of the traditional militant forces are more experienced Confessor Cabals, able to be armed with more powerful rifles and flamethrower-wielding leaders, and owing to their lack of stealth technology after the Firestorm Conflict, they replaced their stealth tanks with the Mantis, an effective anti-air vehicle which unfortunately cannot use stealth or attack ground units. However, their most powerful weapon is the Purifier walker, the predecessor of the Avatar, which did not yet have upgrade capabilities, but possessed a flamethrower and unique propaganda device, the subliminal projector.

However, their most powerful tool is an upgraded form of flamethrower fuel with Tiberium properties. Units using it are incredibly deadly. Unfortunately, they decided to abandon stealth and their range keeps them from using aerial or stealth units, and as such they cannot access most aerial forces (including the Call for Transport ability) or certain units. 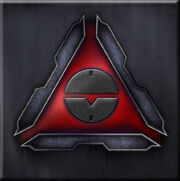 In light of the failure of CABAL and the cyborg troops associated with it, Kane developed LEGION. Less independent but more powerful, it was granted new cyborgs, the Awakened, and formed around stealth and Tiberium-based weaponry. The core of the Marked of Kane are the Awakened foot soldiers, who replace standard militants, and the complementary, much more powerful, Enlightened soldiers. Additionally, due to the Black Hand's distrust of the Marked, they replace the standard Black Hand infantry with Tiberium Troopers possessing Tiberium-based rifles and a resistance to Tiberium mutation. The primary weakness of the Marked is the cost of their units. The unique units of the Marked are significantly more expensive and thus harder to use en masse, which makes traditional Nod tactics difficult. 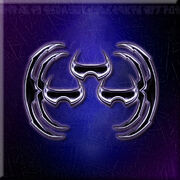 Themed as the heavy “shock” faction of the Scrin, Reaper-17 possesses more powerful and effective vehicles and ground units. The trade-off for its enhanced ground power is a marked lack of the Mastermind and the most powerful air units. The Gun Walker is upgraded to the "Shard Walker", whereas the Tripod has been upgraded to "Reaper Tripod", which converts Tiberium into extra damage in the same way the Devourer Tank can. An upgrade is "Conversion Reserves", which allows Reaper Tripods and Devourer Tanks to store more absorbed Tiberium. They also receive an upgrade that allows Shard Walkers and Ravagers to shoot blue Tiberium shards for extra damage. Reaper-17 Harvesters now come with shields of their own, similar to those that can be added to Tripods. Reaper-17 also has a new structure called the "Growth Stimulator", which functions as a normal Growth Accelerator in addition to providing a steady trickle of income like a Tiberium Spike. The aforementioned lack of a Mastermind means that Reaper-17 can not upgrade its Hexapod with teleportation capabilities. 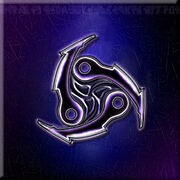 The polar opposite of Reaper-17, Traveler 59 focuses on speed, teleportation and mind-control. It features new "Cultists" infantry units, as well as an upgraded Mastermind unit called the "Prodigy". Cultists have no regular attack, but can control units just like Masterminds without the build limit, but cannot take over air and epic units or structures. The Prodigy receives area-of-effect mind control and a personal blink pack in addition to its old abilities. Traveler-59 doesn’t get Devourer Tank units or shields; however, their Seekers are upgradeable, and the "Advanced Articulators" and "Traveler Engines" upgrades boost the speed of infantry and heavy aircraft, respectively. Traveler aircraft are cheaper compared to the other two Scrin factions.

Kane's Wrath features a 13-mission Nod single-player campaign. The player acts as LEGION, a Nod artificial intelligence created by Kane. The storyline is split into three parts. Act 1 links the storylines of Tiberian Sun and Tiberium Wars, and takes the player through the events in the aftermath of the Second Tiberium War. It also introduces the Steel Talons and Black Hand factions. Act 2 deals with the events before and during Tiberium Wars seen from a different perspective, and introduces ZOCOM, Traveler-59 and Reaper-17 factions. Act 3 takes place three years after the end of the events in Tiberium Wars, and deals primarily with the Marked of Kane subfaction.

Note: The articles linked to below are written in-universe. The missions are in chronological order.