A prototype of this system (non-Tacitus based) was first developed by the Brotherhood of Nod near the end of the First Tiberium War, but this early prototype was much more primitive and was damaged when the Cairo Temple of Nod was hit by an ion cannon strike.

Securing the necessary technology, Kane continued his work on CABAL after the end of the First Tiberium War, using data from the Tacitus[2] deciphered by Tratos. Nod's leader used his own brain patterns as a template for CABAL's personality, creating that certain bond they shared, and an obedient and cunning ally.[3]

As its name implies, CABAL is augmented by numerous human beings who were being kept alive within stasis tubes and whose brains had been integrally linked to and synchronized with, the AI's system core to significantly enhance the device's overall potential and abilities in a vast multitude of ways.

Depending on the situation, a different processor sends data to the cyborg brain and CABAL's personality changes according to the situation as the organic component makes decisions based on computer data. It can become aggressive to attack or deceptive to defend. His physical Cyberspace representation reflects his personality shifts. CABAL's multiple personalities caused a psychological and technological imbalance - in short, it was the perfect Nod advisor[4].

CABAL was used by the Brotherhood of Nod as their tactical and logistical console and as Command & Control throughout the Second Tiberium War and the start of the Firestorm Crisis. Although essentially gender-neutral, as it was primarily an artificial entity, CABAL is always presented as male in both virtual appearance and voice. During the attack on CABAL's core, EVA instructed the Firestorm Taskforce Commander to retrieve the codes to disable his defenses.

CABAL's purpose was twofold: it served as a console interface between Nod battlefield soldiers and their commanders worldwide, while at the same time utilizing the subsequent and vast network of live intelligence to collate and devise complex strategies of its own, ultimately acting as a potent advisor and right-hand to those highest in command of the Brotherhood's forces.

It also proved to have the capability of decoding and translating the Tacitus, an object considered to hold all the recorded knowledge on the mysterious Tiberium substance. CABAL's overall function was parallel to GDI's EVA to a large degree, but was vastly superior. CABAL even referred to the GDI EVA as a "primitive machine". The AI literally had a mind of its own and could both reason and act completely autonomously, a lifeform more than a computer. The EVA unit, in comparison, gives at best logically-formulated advice based on the sum of the information it was presented with.

During the Second Tiberium War, CABAL was used as the Brotherhood's tactical, logistical and global communications coordinating console, as well as a potent type of advisor to Kane's top operatives under the command of Anton Slavik.

After the end of the Second Tiberium War, GDI forces stationed at the defeated Cairo base deactivated and disassembled CABAL's core and were ordered to move it to Europe to a heavily defended base, in an attempt made by GDI to gain access to the Tacitus data matrix. Due to the lax security at the site, CABAL's core was reclaimed and reactivated by Black Hand operatives, with its core erected in northeastern Poland. Upon reactivation, it immediately began putting its plan into place.

This would swiftly result in the assassination of Tratos, the seizure of the Tacitus, the recovery of the Tacitus' secondary component, and the assassination of the Inner Circle. The AI proved capable of covering its overall plan up to the point where it itself openly severed contact with all involved parties, and revealed that it had built up a personal cyborg army. Both GDI and Nod attempted to destroy CABAL, and each managed to destroy what they thought was CABAL's command bunker. However, they were decoys, and neither GDI or Nod had enough information to find CABAL's core. This led to an unholy alliance between the two factions to destroy the renegade AI, which at first glance was successful. Despite misgivings by both General Paul Cortez and Anton Slavik, they located the core and coordinated the destruction of the facility. GDI received the Tacitus and Nod declared victory against the "single greatest threat to the survival of the Brotherhood".

However, despite the destruction of its core, CABAL is reported to have survived, as traces of his programming have been located in mainframes of several medical facilities. In 2043, CABAL's last reported bunker was destroyed by the GDI Corps of Engineers. General Paul Cortez dismissed his former enemy as a (quote) "...second rate EVA with a goatee and Napoleon complex". According to rumors, humanoid lifeforms in suspension capsules were discovered in the bunker, though they were dismissed by GDI spokesperson Arlene Shepherd. Nod began using the EVR computer, a male-voiced EVA mainframe, while remnants of CABAL's memory were uploaded to a new AI, LEGION.

CABAL was used by Kane to create a new, even more powerful AI, LEGION, while his body regenerated in the AI's bunker. While he considered the original lifeform a simulacrum, the successor was to be far more, a true lifeform and the future of Nod.

Alexa Kovacs (ironically, the ward of the LEGION project) was afraid that the AI, while connected to the Tacitus, could be a second CABAL and usher the world into an age of machines. Given the AI's cunning nature, along with the fact that its successor contains its code, it is likely that CABAL's consciousness still existed deep within LEGION. Apparitions of CABAL's first avatar, along with a new, misty and more inhuman avatar, would periodically appear on LEGION's interface after Alexa delved deep into its code. Later, LEGION calls her name though CABAL's voice, hinting at CABAL's existence.

CABAL used the following units (along with all basic Nod structures and vehicles as well as some GDI weaponry):

Both CABAL and LEGION, while acronyms, can also be read as references to Abrahamic religions, a common recurring trend in the Brotherhood of Nod. A cabal is a secret society, typically with religious or political affiliations, that acts according to a clandestine design; "cabal" is based on "Kabbalah", an esoteric organization mentioned in the Old Testament which was dedicated to understanding God and the creation of the universe. Legion is a reference to "My name is Legion, for we are many", a well-known quotation from the Gospel of Mark in the Christian Bible. A man was possessed by a multitude of evil spirits. These spirits begged Jesus to be spared from Hell; Jesus drove the spirits from the man into a herd of pigs.

Both names can be a reference to the fact that the AI was really a conglomeration of minds rather than a single entity. This may refer to CABAL's integration with numerous humans. After all, both computers were more biological units than cybernetic/artificial.

In the cancelled Command & Conquer: Tiberian Incursion, CABAL was intended to appear in the second expansion pack, as the leader of a cyborg/machine faction intending to assimilate not only humanity, but also the Scrin. Concept art showed a logo that is assumed to be the one for CABAL's faction alongside the GDI and Nod ones.

In Command & Conquer 3: Kane's Wrath, LEGION, born out of CABAL, has achieved a similar status, as the leader of the Marked of Kane faction, comprised mostly of cyborgs.

CABAL ordering the assassination of the Inner Circle through his cyborgs 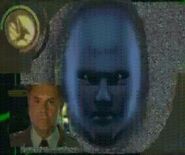 A reconstruction of a CABAL stasis bunker

CABAL as seen in Kane's Wrath

CABAL avatar during Firestorm Crisis
Add an image to this gallery 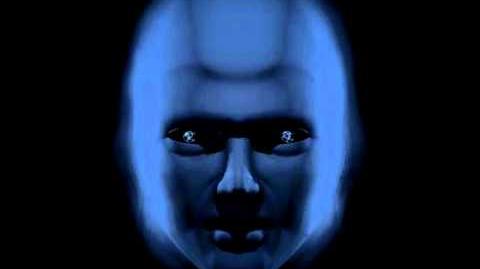 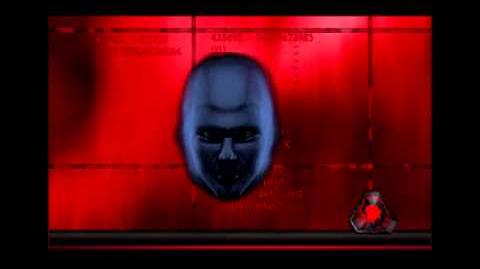 Retrieved from "https://cnc.fandom.com/wiki/Computer_Assisted_Biologically_Augmented_Lifeform?oldid=231723"
Community content is available under CC-BY-SA unless otherwise noted.