Upgrade only (400 for Confessor Cabal units)

Confessors are an elite Brotherhood of Nod infantry unit appearing in Command & Conquer 3: Tiberium Wars and its expansion pack of Kane's Wrath.

Ordained members of the Black Hand, Confessors are both religious figures and military officers within the Brotherhood of Nod, working in intelligence and interrogation during "peace" and serving as tactical squad leaders for Nod's countless militias in times of war.

These warrior-priests can be assigned to lead the militia and rocket infantry of the Brotherhood into combat, for they guide the rage of the downtrodden and bolster faith in Kane by instructing them (if need be by force) in the Ways of Nod. The order is commanded by a Grand Confessor.

Confessors usually wear black body armor along with a red cloak bearing the Brotherhood's insignia, and a tall helmet with four visual receptors. They're armed with an advanced assault rifle and carry an array of hallucinogenic grenades, which causes enemy infantry to go berserk and attack their own comrades.

Notably, Brother Marcion, a high ranking Confessor and an accomplished writer, played an important role in Nod internal politics after the Second Tiberium War. After taking control of the Black Hand, he redefined the roles of Confessors in combat, creating Confessor Cabals, who continued to serve as the basic frontline infantry of the Black Hand throughout the Third Tiberium War.

Beta cameo
Add an image to this gallery 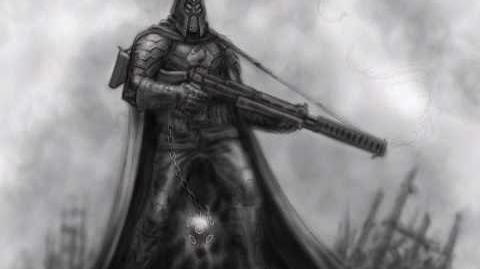 •The confessor checks his gun. Any other animation appears to be him looking around.

Retrieved from "https://cnc.fandom.com/wiki/Confessor?oldid=240587"
Community content is available under CC-BY-SA unless otherwise noted.