Core of the Problem (GDI)

Core of the Problem (Nod)

Core of the Problem is ninth and last GDI mission in the Tiberian Sun: Firestorm campaign. It takes place after the Second Tiberium War, during the last stages of the period called the Firestorm Crisis.

We've tracked down CABAL and are ready to engage his forces on all fronts. This is an all-out assault. Nod forces have reluctantly agreed to a temporary cease-fire and are launching their own simultaneous offensive against CABAL. Destruction of the core is essential to our victory.

﻿Despite the uneasiness of the alliance between GDI and Nod, both factions were able to cooperate and succeeded in destroying CABAL's auxiliary bases. The time was now right to destroy the CABAL Core in Libya but it still had a heavy and nearly impenetrable defense perimeter in which GDI and Nod had little information on. However General Cortez gave the Firestorm Taskforce commander the job to destroy CABAL once and for all, while a Nod strike team would distract CABAL from GDI's arrival.

Arriving deep inside CABAL held territory, GDI built its base hastily after crossing the bridge. GDI still needed to find CABAL's core by capturing several relay stations. Not waiting for long, CABAL welcomed GDI to the battlefield with Multi Missiles, and then the waves of troops followed. Nearly overwhelmed, GDI managed to send in Jump jet troopers to scout the area. One of the scouts discovered a Nod Missile silo complex, protected by a Cyborg Reaper group, and a SAM site near one of the relay stations. Facing this handicap, a Mammoth Mk. II Walker was sent via a carryall transport. Surviving the harsh landing, the walker quickly dispatched CABAL's forces before a team of engineers was sent to claim the station.

All is not well yet. As GDI still has trouble with all the CABAL forces in the area. The position of GDI forces is put on a disadvantage as their base is established in an uneven area, blocking a perfect location for GDI to make Pavement. To add difficulties, CABAL extensively used Nod Stealth Generators to cover the majority of the area. Facing this, GDI deployed their sensors to detect any stealthed building and handled the defenses to the group of Juggernaut artillery walkers.

After all of that, the battle has reached its climax. The last relay station was captured, showing the area of CABAL's core. But CABAL, not willing to go down without a fight, deployed the Core Defender to the battlefield. The first GDI team sent in was massacred and the accompanying air support was downed by a combination of Obelisk of Darkness and CABAL Obelisk defenses. The commander forcefully resorted to utilizing Nod's Stealth generator and its mobile counterpart. MCV's were quickly constructed, then sent to a nearby area separated by river and with the connecting bridges demolished, ensuring safety for the GDI troops.

Studying the defender, the commander decided that an air strike to the defender far outside the range of CABAL's obelisks may give fruition. A trap is then laid when an Electromagnetic pulse cannon is erected nearby, while a pair of Wolverines navigates outside the stealth generator radius to lure the core. The core defender takes the trap and is ambushed by multiple ground and air units, remaining helpless by the EMP impact from the combined strike of the cannon and Mobile EMP's.

With the Core Defender decommissioned, GDI now had control over the area and proceeded to assault CABAL With Titans, Juggernauts, Disruptors and HLMRS's. Once again the EMP cannon is put into commission to disable CABAL's base defenses, giving time to for Orca Bombers to scrap the remaining power plant. The result; CABAL helplessly watching its mainframe being demolished to rubble by the combined strength of both GDI and Nod forces.

﻿GDI managed to destroy CABAL's Core and retrieve the two pieces of the Tacitus among the ruins. The device was immediately sent to Dr. Boudreau and the Daedalus Team to interface, and discovered that when joined together it yielded a large amount of information relating to Tiberium. At the same time the Ion storm dissipated, and contact with the Philadelphia was re-established. While Boudreau left to research the information, Cortez congratulated the commander and prepared to inform the Philadelphia on the good news.

CABAL was not completely destroyed, however, as several of his signals were detected at several medical facilities. The last supposedly known signal of CABAL was destroyed in a bunker in 2043. Nod went underground following the Firestorm Crisis under the leadership of Anton Slavik, but a schism quickly developed that led to Slavik's assassination, fracturing the Brotherhood for a second time.

In the years that passed, the Daedalus Team uncovered information from the Tacitus on how to (at least) contain the Tiberium substance. Sonic technology, like the Disruptor tank GDI deployed since the middle stages of the Second Tiberium War, was able to break down the crystal at molecular levels, so GDI was able to reclaim selected areas suffering from Tiberium contamination using sonic-based weapons. However the Tacitus also contained a warning - about a future alien invasion.

Another unit arrives with help to destroy Cyborgs and nearby artillery.

GDI builds a base and defends it.

Only the HMLRS's can get to the other island

..and attack destroy the weakly defended CABAL's base.

Meanwhile GDI base is constantly attacked. They use Mobile Sensor Array for detecting cloaked and underground CABAL units.

HMLRS's destroy all the defences in the CABAL base that has a missile silo continously striking at the GDI base.

GDI sends engineers in Amphibious APCs carried with the Orca Carryalls and captures the missile silos..

..and even some CABAL power plants, giving huge amounts of energy for GDI, which was very helpful due to lack of space in the GDI base.

Narrowly made GDI base forms the first strike team.

They move other way around through ramp at the back of base.

They destroy the main CABAL refinery base cutting it out of many resources.

Despite of CABAL's ambush with cyborgs and the EMP cannon that paralyzed GDI forces for a while, their Mammoth Mk. II destroyed all CABAL airforce bases with access to Banshees.

Another powerful GDI strike force marches on to the next main CABAL base.

It's stealth generators are nothing to GDI.

After destroying it, GDI repairs its base.

.. and forms another strike force.

Next base makes little resistance and GDI attempts to capture it..

..and use their technology.

CABAL's core is surrounded with the Firestorm Barrier.

GDI sends a engineer to the last CABAL control station.

But large cumulated GDI forces focus on it and use also their ion cannon.

After it is down, it is time for CABAL core to be destroyed.

Last look at Cortez in the game.
Add an image to this gallery 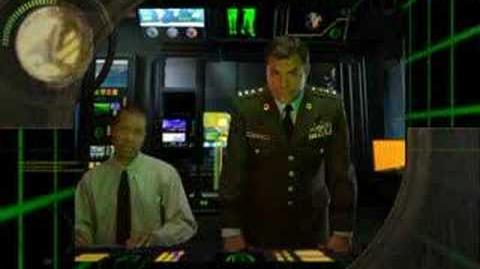 Retrieved from "https://cnc.fandom.com/wiki/Core_of_the_Problem_(GDI)?oldid=231155"
Community content is available under CC-BY-SA unless otherwise noted.