The Republic of Croatia is a central European country on the Adriatic coast that, by the time of the Third Tiberium War, was part of the Nod-controlled Yellow Zone Y-1. It borders with Slovenia, Hungary, Serbia, Bosnia and Herzegovina and Montenegro through land and with Italy via sea borders.

Croatian history goes as far as the brink of the 7th century, when Croats migrated from their homeland, White Croatia (presumably in today's Poland). They have mixed with the indigenous Illyrian people, with whom they had initially had cold relations, but later lived in peaceful coexistence. Croatia was constantly under the influence of the Frankish Kingdom and the Byzantine Empire, and often allied with either of them. Croatian principalities were controlled by the Franks, although they had a large scale of independence, while the first recognition of Croatian independence was in 879 A.D. by Pope John VIII, while duke Branimir was leading the country. The first Croatian king, Tomislav, unified the country while Europe was in flames, becoming one of the strongest rulers in Europe at the time. In centuries to come, Croatia was frequently at war and thus advanced and regressed alternately. In 1102, Hungary signed a personal union treaty with Croatia, leaving it relatively autonomous until 1918, when the Austro-Hungarian Empire dissolved.

During the late Middle Ages and later, Croatia was constantly threatened by Venice and the Ottoman Empire to a point that most of its territory was occupied, and a part of the so-called remains of the remains was a Military Frontier. Eventually, the Ottoman army was pushed back from southeastern Europe by 1699. The frequent wars made Croats incredible soldiers and they were both villified and praised. Meanwhile, the Republic of Ragusa was developing mostly through trade. When Ragusa was endangered by Venice, it allied with the Ottoman Empire by giving them a slice of their territory (around today's Neum) that bordered with the Venice-controlled Dalmatian region. The Republic of Ragusa was annuled in 1808 by Napoleon Bonaparte.

In the mid-19th century, Croatia was beginning to feel the influence of hungarization and later germanization, but countered with the Croatian Nacional Revival, which was a cultural period when artists created works that praised Croatia and everything related to it. In 1868, Croatia and [[Wikipedia:Slavonia |Slavonia]] were reunited, while the Military Frontier was returned to Croatia in 1881. Croatia was bound to be a federal unit, but World War I interrupted all such ideas.

After the war, in 1918, Croatia formed a country called the State of Slovenes, Croats and Serbs Later that year, the country united with the Kingdom of Serbia to form the Kingdom of Serbs, Croats and Slovenes, later the [[Wikipedia:Kingdom of Yugoslavia |Kingdom od Yugoslavia]]. In 1941, Germany and Italy occupied Yugoslavia and formed satellite countries. One of them was the so-called Independent State of Croatia (Nezavisna Država Hrvatska), controlled by the fascist party known as Ustaše. They were forced to sell the Dalmatian and Istrian regions to Italy. The same year, a communist party, known as partisans, led by Josip Broz Tito, was formed and tended to liberate all the former regions of Yugoslavia from fascist control. In 1945, they formed the SFR Yugoslavia, in which all nations lived in relative coexistence. After Tito's death in 1980, Serbia gradually began to take control, which left other federal units no choice but to declare independence in 1991. The Yugoslav Wars followed, but ended in 1995 in Croatia's favour, while all remaining occupied regions were returned to Croatia by 1998. On 1 July 2013, afther long and ardous negotiations and acession proces, Croatia joined the European Union.

It is unknown until which point Croatian history is canon in the Tiberium universe, but by the time the First Tiberium War started, Croatia was an independent Nod-aligned country.

During the Second Tiberium War, one of two possible locations for a Nod Banshee prototype facility was somewhere in southern Croatia, the other being eastern Hungary.

During the Third Tiberium War, GDI became aware that Nod was beginning to assemble a powerful Liquid Tiberium bomb in Sarajevo. GDI invaded the Yellow Zone Y-1, intending to destroy Temple Prime and defeat Nod before the weapon could be used. To this end, they moved through Croatia, retaking a forward base in the area that had been sabotaged and under constant attack. Managing to get an MCV to the power deficient base, GDI wiped out Nod infantry, vehicle, and air bases in the area before marching on Albania, and then Temple Prime.

When Temple Prime was destroyed by GDI's Ion Cannon in 2047, the Liquid Tiberium stored there detonated, eradicating most of the Yellow Zone Y-1. Strangely, southern Croatia narrowly avoided destruction, presumably because of the distance from the Temple. The Scrin invasion force, in an attempt to uncover the cause behind the Liquid Tiberium explosion, later invaded southern Croatia and engaged both GDI and Nod forces there.

Croatia appeared as a part of SFR Yugoslavia in Red Alert, with both iterations of the sixth Soviet mission being held in the Croatian part of the country. However, it is unclear where exactly they are held, presumably in Kvarner and Dalmatia. The missions' names are Bridge over the River Grotzny and Bridge over the River Vizchgoi, neither of which exist. However, some maps cutscene backgrounds show Yugoslav Republics as independent.

Due to unexplained events, Croatia appears on maps in Red Alert 2 as an independent country as it is today, leaving the question what happened between the two wars. 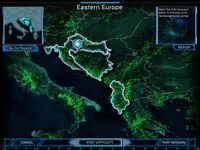 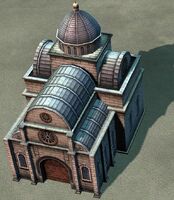 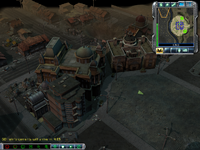 Retrieved from "https://cnc.fandom.com/wiki/Croatia?oldid=229868"
Community content is available under CC-BY-SA unless otherwise noted.