Establishing a Foothold is the first mission in the campaign to take down Temple Prime in the GDI campaign of Tiberium Wars.

As news of Nod's usage of WMDs and GDI's covert raids in Egypt to eliminate the threat became public, Director Redmond Boyle was left to fend off media questions concerning speculation about Nod's new Temple in Sarajevo. The press conference was later hijacked by Kane's taunting broadcast. This only goaded Boyle in ordering a mission to destroy Temple Prime.

Although General Granger considered such a mission to be ill-advised, given the number of casualties suffered by GDI during their attempts to attack the Temple, Director Boyle demanded a decisive victory, both in military and propaganda terms, to show the world that GDI is victorious. The General had no choice but to obey such a drastic pulling of rank and ordered his best commander to assemble a strike force to be deployed into the area.

The first step to taking out Temple Prime is establishing a foothold in the region. GDI still has an old forward base in the area, dating back to the Second Tiberium War, codenamed Echo-2. However GDI's previous attack on Temple Prime caused Nod forces to converge on the Balkans, with vicious retaliation against all Initiative forces in the region. Echo-2 was hit particularly hard, losing its power plants and construction yard. The Commander is sent to rescue the base and gain the aforementioned foothold in the area.

Having arrived at the damaged base, the commander immediately assessed the situation. Lt Kirce James notified him that the MCV reinforcement convoy would be arriving at five minutes. In the meantime he would have to defend the base from Nod attacks. Kane then hacked into the commander's transmissions, taunting him that he was in Nod territory and not a GDI zone.

While the defense emplacements remained intact there was insufficient power to bring them all online. The commander was thus forced to juggle the power between the Watchtowers, Guardian Cannons and AA Batteries in accordance to whichever direction Nod attacked from. Air raids were not much of a hassle for the commander as the AA batteries tore away the Venom's armor. The watchtowers defeated the initial waves of Nod militia and fanatics. But the Nod tanks delivered the most harrassment, as the Guardian cannons' rate of fire was not able to destroy them quickly enough, and the commander's Predator tanks were often damaged with each engagement. To make matters worse, the constant training of men, construction of tanks and base reparations had put a strain on the base's economy. Not even the money crates scattered around no-man's land provided much relief for the commander. His only hope was to hold off the Nod attacks until the reinforcement convoy arrived.

After five tense minutes, GDI's MCV reinforcement convoy arrived at the derelict town across the river. However the main road was heavily damaged by a bomb crater and was forced to make a detour. It proved to be an ambush as a Pitbull was destroyed by Nod's Laser turrets. Unable to move on, the convoy requested aid from the base. Already pushed for resources, the commander somehow managed to assemble a strike team and crossed the river into the town.

Numerous skirmishes were fought in the town between the GDI team and the Nod militia, who had a base near the bridge. Unconfirmed reports suggested that GDI destroyed the Nod infantry base and captured some of its power plants. However the team managed to press north and destroyed the Nod ambush team blocking the convoy's path. When the Laser turrets were down, the commander had the MCV escorted cautiously back to the base. More Nod milita and Black Hand units arrived at the town and garrisoned some of the buildings to prevent the MCV from reaching safe haven, neccesitating grenadiers to clear them out. The MCV was finally escorted to the base and immediately deployed into a construction yard.

The commander wasted no time in expanding his base and deployed more defenses to relieve the overworked, existing emplacements. The commander constructed an Airfield and built up his army.

This was the base in the south west that deployed Nod militia and followers in the city. It was already destroyed by the GDI team whilst coming to relieve the reinforcement convoy.

This was the base in the northwest that deployed Nod's vehicles and tanks, who was causing the majority of the harrassment to Echo-2 base. By now the base deployed the infamous flame tanks and the stealth tanks. Wanting to remove this nuisance for good, the commander quickly assembled an armored division of Predators and Mammoth 27s supported by Orcas. A fierce tank battle ensured as GDI made its way to Nod's tank base. But the GDI tanks was too numerous and armored for the Nod base's laser turrets and tanks to handle, and these were destroyed along with the two war factories before the whole base was razed to the ground.

The Nod base in the southeast deployed the Nod aircraft conducting raids on the GDI base. However it was established in the mountains and had no access routes for GDI tanks and infantry to use. Orcas tried to destroy the airbase by air but Nod, having anticipated this, had SAM sites deployed and forced the Orcas to return to base.

The commander decided to utilise the Ox transports to carry some of the Predators as well as call on the Bloodhounds, GDI Airborne and Zone Troopers with their Jump Jet ability to traverse the cliffs. Using the Orcas as bait the commander determined where the group could land safely without being destroyed by the SAM sites. Picking his choice the group safely landed and breached the Nod airbase. While the Bloodhounds and missile squads dealt with the Venoms guarding the base, the GDI infantry picked off the Nod militia also defending the installations while the Predators took care of the SAM sites, before demolishing the airbase with the support of the Orcas.

﻿With all Nod bases surrounding Echo-2 destroyed, GDI now had a strong foothold in Yellow Zone Y-1. The base would act as the staging ground for the final assault on Temple Prime but before that, GDI needed to destroy Nod's supply depot in Albania. 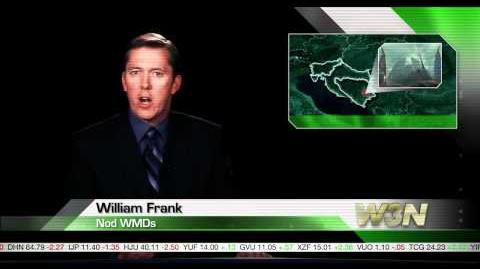 C&C3 Tiberium Wars - GDI 08. Conflict at the top 01
News about Nod WMD and their new Temple in Sarajevo 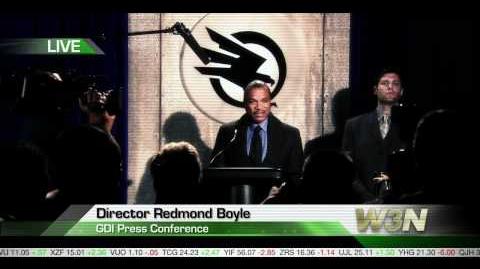 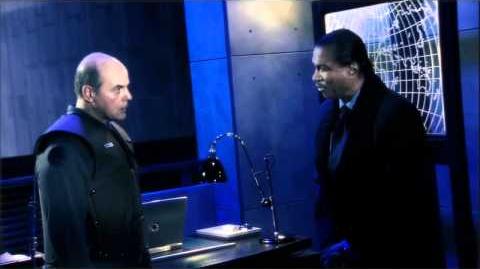 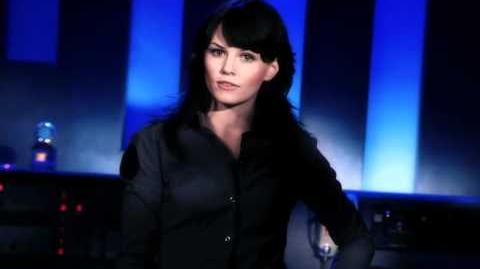 C&C3 Tiberium Wars - GDI 08. Conflict at the top 04
Briefing with Kirce James
Add an image to this gallery
Retrieved from "https://cnc.fandom.com/wiki/Croatia_(GDI_mission)?oldid=229789"
Community content is available under CC-BY-SA unless otherwise noted.