The cyborg was a heavy infantry unit in used by the Brotherhood of Nod and CABAL during the Second Tiberium War and the Firestorm Crisis.

The cyborg stands approximately 8 feet tall, towering over regular light infantry or disk throwers. It is armed with a small gatling gun with a very rapid rate of fire as well as a grenade launcher built into its right arm (although the latter is not used in-game). The heavy armor mounted on the cyborg gives it considerable protection against small arms fire, allowing it to mercilessly mow down waves of enemy light infantry.

Nod eventually fitted every cyborg design with a backup control device that was supposed to keep each cyborg obedient to its master. This was set as a countermeasure against any semblance of rejection, desire for humanity, or in cases of "discontented" candidates. Nod allocated the cyborg control system to CABAL, which would eventually go rogue during the Firestorm Crisis, shortly after Anton Slavik had reactivated it.

Cyborgs are the result of Project ReGenesis cybernetics research, essentially a human infused with Tiberium and encased in heavy assault armor with cybernetic prosthetic limbs and head implants.

During his revolt, CABAL stole all battalions of cyborgs from the Brotherhood and managed to kill the entire Inner Circle except for Anton Slavik, who did not use cybernetic guards. This, however, meant that CABAL had to rely on them as his main unit. Cyborgs were used as primary attack units against enemy bases, raiders, ambushers, and even as main-line units. It should be noted that the cyborg's lack of effective offense against buildings and heavy vehicles prevented CABAL from making effective use of certain tactics. To compensate, the rogue AI massed them in large numbers.

Nod was forced to replace these units by using an elite cadre of Black Hand forces.

After the conflict, regular Nod forces ceased using cyborg units and many were either destroyed or decommissioned. The events with CABAL led the Brotherhood to shy away from cybernetics. By the Third Tiberium War, Black Hand troopers replaced the Cyborg's role as heavy infantry. However, the Marked of Kane were awakened after the war, introducing more advanced cyborgs - the Awakened, the Enlightened and Tiberium troopers. 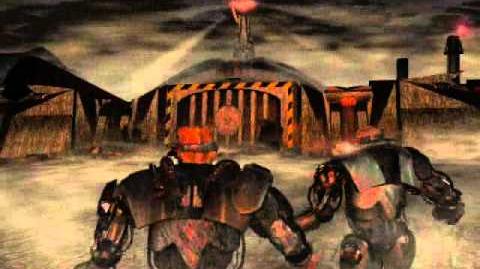 Retrieved from "https://cnc.fandom.com/wiki/Cyborg_(Tiberian_Sun)?oldid=228248"
Community content is available under CC-BY-SA unless otherwise noted.