Defending the Fire is the second mission in the Chinese campaign of Command & Conquer: Generals Zero Hour.

In revenge for the destruction of their captured USA bases, the GLA reentered Asia and launched massive attacks against Chinese Nuclear Reactor stations in an attempt to disrupt Chinese power output and kill and maim millions with radiation poisoning.

The GLA successfully infiltrated the region surrounding the Reactor stations. After establishing four bases of operations to hit at the power station, the GLA started to attack with their suicide units. The terrorists on the eastern side were mowed down by the Chinese gattling weapons but this proved to be a distraction. As all the defenders concentrated on the eastern front, the southern side was left undefended, so a squad of Bomb Trucks managed to destroy the airfield, ungarrisoned bunkers, the war factory and the Chinese command center. Thus the Chinese general had no dozers to reinforce his base and the reactors from further attacks.

Without a dozer the General had to make do with what he had for 10 minutes until reinforcements could arrive. Fortunately two escort teams with Nuke Cannons arrived just after the costly raid and he quickly positioned them at key access points. The General's advisor noted that the Nuke Cannons now came with Neutron Shells that could kill any infantry and vehicle drivers. The General used this to his advantage and sent the Red Guards to commandeer the GLA tanks that had been neutralised. With time ticking on, the GLA continued to assault the reactor station with increasing ferocity and desperation, each assault only to be repelled by the Chinese defenders.

Arrival of the Helixes

After 10 minutes of holding out, a squadron of Helixes had entered the area from the south with reinforcements. With several dozers now under his command, the PLA General swiftly rebuilt his production facilities and reinforced the power stations with more defenses and systematically started napalm strikes, artillery barrages and carpet bombing on each of the four GLA bases to weaken their momentum. Wanting to waste no time in repelling the GLA permanently from Chinese borders, the Chinese general used the Helixes to wipe out the GLA presence. For maximum effect, the Helixes wiped out each GLA base with their napalm bombs before Chinese tanks were sent to mop up the remaining enemy. Along the way the Helixes liberated the nearby town and three Chinese listening outposts that were under the GLA siege. After a short amount of time, all remaining GLA survivors had retreated from the assaulting Helixes. The Chinese Nuclear Reactor stations were safe from destruction, the surrounding area secured.

The Chinese victory ensured that the GLA would not ever again penetrate nor establish a strong foothold in China or the rest of Asia. The bulk of the GLA now resided in Europe, and with the US unable to retaliate, it was up to China to wipe out the terrorists once and for all.

While defending the facility, use Nuke Cannon's Neutron Shells to eliminate GLA infantry and disable vehicles. Garrison Bunkers and use what you have to build a stable guard force using stolen GLA vehicles.

After 10 minutes,build your base altogether. Use Helixes and build more if necessary. Capture the Artillery Platforms to soften GLA flocks. And use the Helixes to overrun the GLA bases. Destroy or capture the GLA bases (the former is much practical). Then try to rescue the listening outposts,although the defenders might die (except in the third one inside a GLA-controlled village). Use Helixes to eliminate the defenders and while you are on it, use ground units to eliminate or capture the buildings. 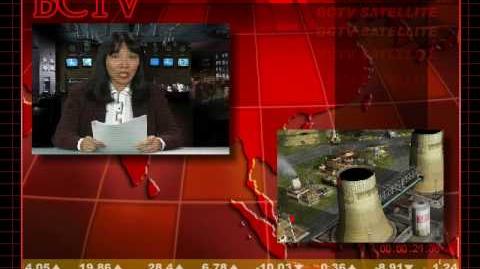