After the Psychic Superweapon of the Soviet traitor had been destroyed, the Soviet Commander was briefed by Alexander Romanov for the next mission. He said that the veteran's forces lost to the Allies and wanted revenge for the victorious mission, a year back. So, the Soviet Commander decided to go back to the Black Forest to destroy the headquarters of Albert Einstein.

The player's ultimate objective is to destroy Einstein's laboratory and the Chronosphere. A famed Allied Commander would be protecting the laboratory and the Chronosphere, but either ignore or destroy him. Destroying the three German outposts with your forces, move into the opening ground and the MCV will arrive. Lt. Zofia will introduce the player to the Allied Battle Fortress and the sneaky Mirage Tanks.

Set up your base in a regular manner, there are four money crates located in front of your base, be sure to train a lot of dogs as the Allied Commander would sent GI and Guardian GI soldiers, frequently. This mission is also the first Soviet encounter with the Battle Fortress. Expect daily airstrikes to the list. That Chronosphere may be used, albeit with experimental related defects.

Be sure to build anti-air defenses, Einstein would use Harriers to bombard your Rhino Tanks. When the player had finished constructing the Soviet Battle Lab, Lt. Zofia will brief to the player on the Industrial Plant, which reduce the costs of all vehicles by 25%.

Be sure to build a Nuclear Reactor to maintain your power. The Allies will also send spies, so beware of them. At the lower corner of the map, there is a functional Allied Ore Refinery, use some Rhino Tanks to destroy the enemy Chrono Miner and capture the building with one of your Engineers.

A crate will appear and gives you a Chrono Miner. Just above Einstein's laboratory, there's a Tech Outpost. Capture it with your Engineer and set up a Barracks and War Factory. Fortify the position by garrisoning civilian buildings and set up the new Battle Bunker with some Sentry Guns and Tesla Coils. Be sure to build some tanks; Rhino is fine, but Apocalypse Tanks are better. In a few minutes, the German forces would sent Prism Tanks to attack your outpost. If the player builds enough defenses, there will be no problems.

There is two ways to destroy Einstein's laboratory, one easy way and one brutal way. If you really want a serious tank battle, start pumping out Apocalypse Tanks and order them to destroy all enemies you encounter on the way. The easy way is to build at least five Kirov Airships, order the Kirovs to destroy the lab, even though you might lost one or two airships due to Patriot Missiles, but you'll be finishing the mission in about 30 minutes.

There also a very brutal way, which is to regroup all available forces to the lowest post site (where the Tank Destroyer is parked) after all outposts are destroyed and do the rush to Einstein's base, completely bypassing the skirmish from the opposing Allied General. Focus all forces to bypass Einstein's base defenses (hopefully before Prism Tower is deployed) and blast the lab from behind. It is possible to capture several buildings, but do not mind about snatching the Construction Yard. You may blast a few barrels to bring in the bigger bang. In these tactics, the Soviet MCV is considered weighting that may be used to lure Allied attentions away.

There is also a fast and sneaky way to complete the mission, provided you didn't lose your initial V3 launchers. After the border stations have been destroyed, gather your forces and take your V3 launchers south by following the road in the west. You'll end up behind Einstein's lab, where you can use the V3's to bombard it and the Chronosphere with little effort, ending the mission in under 10 minutes.

With Einstein's laboratory destroyed, the Allied armed forces were called by General Carville and President Dugan to retreat on all fronts around the world. But with remaining forces on Earth about to die for a glorious Soviet revolution, the Allied Nations surrendered. This made Romanov happy with the brilliance of a Soviet veteran, who was his successor at the ending of a Soviet campaign in Command & Conquer: Red Alert 2. With the Allies bringing Hollywood to their control, Yuri struck an Allied city and planned to take over Great Britain in Europe for world domination as he was the permanent target of the Soviet Commander after Dugan's sacrifice to surrender in front of Soviet forces. 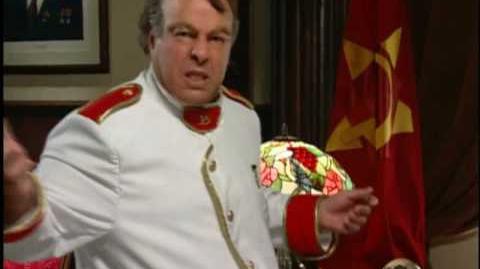 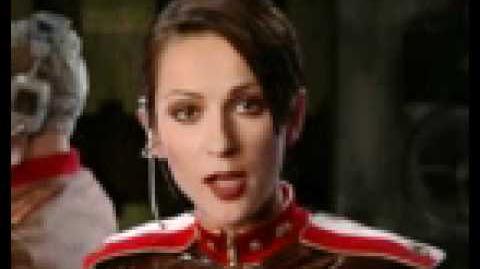 Retrieved from "https://cnc.fandom.com/wiki/Deja_Vu?oldid=242271"
Community content is available under CC-BY-SA unless otherwise noted.