Operation: The Fox and the Hound

Operation: Desecration is the eighth mission in the Soviet campaign of Command & Conquer: Red Alert 2.

In recognition of his deeds (or rather, his speed of crediting himself with military victories), General Vladimir was appointed the head of the American occupational forces. He enjoyed full benefits of his position, experiencing the American lifestyle, but grew disillusioned with the Soviet leadership as Yuri continued to slowly poison Romanov and was appointed the Supreme Commander of the Soviet armed forces instead. His aggravation turned to open hostility as he called the psychic a traitor during a video conference.

After a daring defence of the Ural Mountains battle lab, Premier Romanov was found dead, apparently shot to death by Vladimir (with an odd video tape used as proof of this crime). Yuri promptly declared the General a non-person, ordered his erasure from historical records and ordered his best general to capture him.

In fact Vladimir seemed to have fully embraced the soft capitalist American lifestyle (one more charge to be added to the list of his alleged crimes according to Yuri).

The Soviet forces loyal to Yuri had completely lost control of the Washington garrison, but they were able to sneak in an MCV and they set up their own force. They had access to almost all of the Soviet arsenal, including Desolators. They made use of conscripts to garrison buildings and Apocalypse Tanks were used frequently. They also destroyed and looted many American monuments.

As dictator of the United States, General Vladimir remade its capital city to his own liking. The Soviet war hero lived in the White House, surrounded by heavily-armed loyal troops, including some of the Union's best and most advanced Apocalypse tank divisions. Walls and towers reminiscent of the Kremlin in Moscow were built near the White House. The city - so recently under siege by invading Soviet troops - seemed to be kept in good order and the monuments in the city restored to good condition.

The American population and surviving Allied soldiers were kept in control by a Psychic beacon in the east of the city. By making people very happy, the beacon makes them very suggestible, and Vladimir's rule was tolerated. A number of American GI soldiers guarded major national landmarks such as the Washington Monument or the Smithsonian Museum.

The Soviet Commander entered Washington DC with a sizable force supported by Iraqi Desolators. As he began constructing a base and started resourcing, General Vladimir contacted the Commander, telling him that Yuri was the traitor. The Commander didn't listen to that rogue, so Vladimir firstly ordered his Paratrooper divisions to evict the Commander from the city. The Desolators however made quick work of every paratrooper, but not long after the Commander started being attacked by Vladimir's forces from two fronts.

As the nearest Ore fields started to dry up, Zofia advised the Commander to destroy the monuments for extra resources.

The Commander's scouts reported two Vladimir bases in the city - a brown base across the bridge that was responsible for the major harassment on the Commander's forces, and Vladimir's main purple base guarding the White House, which was sending Terror Drones and the occasional Apocalypse tank columns against his rival. Vladimir's primary resource productions were located around the Washington Monument, so cutting off the large ore field will cripple Vladimir's capacity to resist the Soviet Union (or rather Yuri) further.

But, before the Commander could proceed to the White House, he must first deal with the brown base causing a lot of harassment to him. Destroying the Lincoln Memorial for more funds, the Commander built up an assault force of Apocalypse Tanks and Conscripts, crossed the bridge and swarmed into the brown base. Brutal fighting took place between former comrades with casualties rising on both sides.

But, it was the Commander's army that came out on top and destroyed the brown base, thereby ending their harassment. The next step was to cut off Vladimir's supply lines, but noticing the Jefferson Memorial south of the brown base's location as the Commander paid a visit and found pickup trucks parked in front of the memorial. Taking care of the guards, the Commander was rewarded with extra cash and upgrades from the memorial itself and the pickup trucks.

The Commander's assault forces made another detour to the Smithsonian Institutions. They destroyed it for more resources and took out Vladimir's Psychic Beacon along the way, thereby freeing the surviving American GIs and civilians from Vladimir's mind control.

As a second assault force was being constructed to reinforce the first, the Commander proceeded to cut off the ore fields from Vladimir's hands. After demolishing the Washington Monument, the Apocalypse Tanks demolished Vladimir's Ore refineries while the Terror Drones took out the accompanying War Miners. Soon enough the second assault force accompanied by the Commander's V3 Rocket Launchers arrived and surrounded Vladimir's main base.

﻿A Soviet officer found Vladimir hiding in a cupboard, pleading for mercy. Vladimir was killed offscreen, but Yuri turned the Commander's attention away from the gunshot that kills that rogue. The US President, Michael Dugan was spotted at the Alamo in Texas, so the Soviet Commander (GWWIII) was sent to infiltrate the base and Mind control the President. 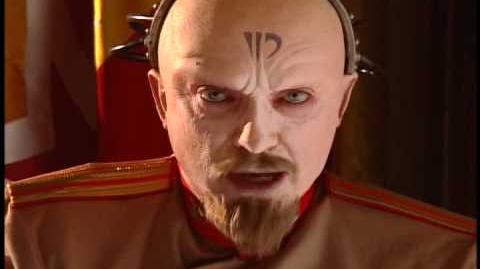 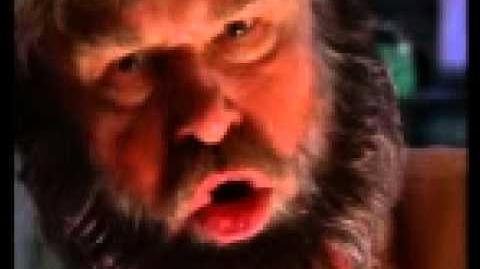 Retrieved from "https://cnc.fandom.com/wiki/Desecration?oldid=223451"
Community content is available under CC-BY-SA unless otherwise noted.