Destroy Chemical Supply is an optional GDI mission in Tiberian Sun. It takes place in Denmark during the Second Tiberium War.

This chemical supply station is providing vast quantities of Tiberium toxins to a number of Nod research programs in the area. Destroying this site will seriously hinder further Nod research and prevent this base from transporting reinforcements to others in the sector.

Intelligence reports advise caution when near any of the chemical tanks and facilities, as the toxins contained within are highly corrosive and equally deadly to soldiers and vehicles.

GDI forces starts with an MCV, 2 Hover MLRS, 2 Disruptors, and optionally, if Rescue Prisoners is finished, a small group of mutant infantries.

Setting up a base

There are two practical locations to deploy the MCV:

Nod will begin firing Chemical missiles at your base. See "Notes" for discussions.

Dealing with the veins

Tiberium veins to the east of the player's base are a double-edged sword. One one hand it hinders the player to mobilize heavy armor, on the other it will devour the vast majority of Nod vehicles attempting to breach the GDI base. Because of this, if the "air assault" approach is chosen, the veins are probably better be kept as they are.

Attacking the Nod Base

There are two primary ways to destroy the Nod base: frontal attack, and air assault.

It is generally not cost effective to initiate a frontal attack, especially on higher difficulties. If this way is insisted, the veinhole monster must be destroyed for the GDI armored to advance. Nod base entrance is "double insulated" and guarded by artilleries, and obelisks. The bottom line is a sizeable army is normally enough for a pyrrhic victory. To limit casulties to an acceptable level, use air support to deal with artilleries.

The heart of the Nod base is beyond a cliff across the river, heavily defended by SAMs. Fortunately, an EMP cannon deployed near the Waste Station can cover most SAMs within its range. From there, Disruptor tanks can be force-landed by Carryalls. It takes no more than a few to wreak havoc inside the Nod base. The missile silo should be the primary target, followed by helipads, as disruptors has no AA defense. It is even better to set up an expansion base for localized reinforcements, with captured Nod buildings. Nod will not survive for long from the blight from within.

Reaching the northwest corner and the player will spot a train, and it will trigger a bonus objective (see "Notes"). By itself, the Ghoststalker is not of much strategic use, although he can help tear down Nod base structures faster.tr

McNeil and Umagon talk with the transport pilot from the Rescue Prisoners mission...

Small chemical base to the East

A good location for a GDI base

Artillery should be made a priority

The Train
Add an image to this gallery 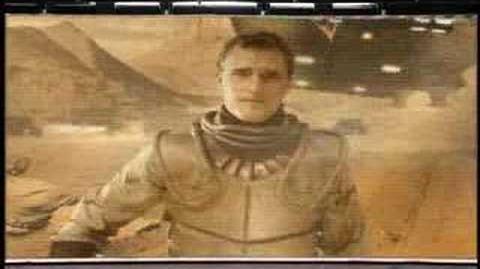 Retrieved from "https://cnc.fandom.com/wiki/Destroy_Chemical_Supply?oldid=231602"
Community content is available under CC-BY-SA unless otherwise noted.