Destroy Mammoth Mk. II Prototype is a Nod operation to delay GDI's production of the new Mammoth walker for the Tiberian Sun era.

GDI is set to test the prototype of their new weapon, the Mammoth Mark II. It is vital that we sabotage their production of this monster as soon as possible. Before we can do that however, we need to know where the test is being held. Send a Chameleon Spy into one of the Radar Facilities. The coordinates to the testing ground should be stored there. Be careful of the patrols in the area - we have only one spy available. Once we have the location of the test, construct a base and destroy the prototype. You now have access to the new Banshee aircraft, which should prove useful. Destroying the remainder of the GDI base is at your discretion, but the Mammoth MUST be destroyed.

With Europe now under threat of being terraformed by Nod's chemical missiles and Europe's GDI forces on the run, the Brotherhood now turned their attention to GDI's Hammerfest base in Norway, location of their European central command. It's defenses however were very strong and capable of withstanding even Nod's new Chemical Missile.

But the GDI would soon be able to deploy a powerful new weapon of their own in order to counter Nod's recent gains. It was thus imperative that whatever the cost the deployment of this weapon be at least delayed. They could not afford to fail.

History of the Mammoth Tank

During the First Tiberium War, the GDI had constructed an upgraded version of the old Soviet Mammoth Tank that had been used during the Second World War against the Allies. The resulting GDI Mammoth Tank had proven highly effective against Nod forces during the war and its aftermath.

At some point between the wars however, developments in anti-tank weaponry had rendered the mammoth tank once again essentially obsolete. Its production had thus been ended, though the Forgotten and perhaps some national armies would continue to make use of them. The Titan walker had been intended initially to replace their role on the battlefield but they ultimately proved too fragile to manage this fully.

Britain was a natural island fortress and as it had considerable scientific expertise along with having a long history of being securely under GDI control it was a logical location for the GDI to finally conduct the development of a replacement for the old First Tiberium War mammoth tank; except that this new mammoth 'tank' wasn't a tank at all but a massive four-legged walker.

They had completed their research and were even testing out their new prototype at a location near Cambridge when Kane learned of their research. Unfortunately for the GDI, Nod's recent victories in Europe had just made an invasion of Britain actually feasible and Anton Slavik was ordered to command such an invasion; and personally see to it that the new weapon was destroyed.

Kane did not believe of course that this would permanently put an end to the threat the new walker would pose to their plans, only delay its mass-production long enough for them to be in a stronger position to deal with it.

Fortunately for Nod; production had just begun of a new weapon of Nod's own, an aircraft. The first of these Banshee attack fighters were placed at Anton Slavik's disposal for the purpose of the Mammoth Mk. II's destruction and of any GDI forces that might get in the way of it. These new aircraft were based upon Scrin designs found in the Tacitus and were judged to be more than a match for the Mammoth Mk. II, despite its inbuilt air defenses.

Nod first needed to locate exactly where the testing site of the Mammoth walker was before deploying their strike force. A chameleon spy was therefore deployed to infiltrate one of GDI's three comm centers that were scattered in the region in order to locate the site. The spy quickly made his way north over the bridge, evading GDI patrols along the way.

A short while later the spy came across a GDI comm center and infiltrated it. He hacked into the networks and located the testing site, allowing Nod to quietly observe the power of the new Mammoth weapon. The new weapon was demonstrated to decimate derelict GDI vehicles with one shot of its railguns and quickly shoot down a remote-controlled Orca fighter with the use of its SAM batteries. The walker also made short work of some of the abandoned civilian buildings on site, concluding the testing phase.

Now knowing for sure the location of the prototype, Nod forces arrived in the area, quickly established a base and began to engage the GDI forces openly. Now the GDI were alerted to the Nod presence they started to attack the Nod base, while the Mammoth walker retreated from the testing area to a secure site defended by many SAM sites. Fortunately for Nod, their Banshee aircraft were now able to be deployed and could now demonstrate their own power by staging hit-and-run assaults on GDI patrols and attackers.

Destruction of the Mammoth Walker

Nod finally located the Mammoth walker prototype hiding deep inside the GDI testing base. There were essentially two ways they could have eliminated it. They could have either have deployed their Banshee fighters to eliminate it from the air, bypassing the base (as Kane had planned). This tactic would have required that they eliminate the SAM sites beforehand unless they had great numbers and were prepared to take serious losses.

But regardless of how it was done and at what cost, Nod were indeed able to destroy the Mammoth Mk. II prototype as they had planned, striking a great blow to the GDI.

Shortly after the destruction of the prototype, Nod forces seized control of Cambridge and forced the GDI to destroy all its prototype Mammoth walker production facilities themselves in order to keep them out of Nod hands. At the same time they killed or imprisoned as many of the scientific and engineering staff responsible for the project's development that they could catch.

Though the GDI had already successfully backed up all their research data at other locations, without the physical production facilities and staff located in Britain their plans were greatly delayed. They would have to hire new scientists and engineers to make use of the existing research in order to completely reconstruct the neccessary facilities to begin construction anew.

Though they were able to do this, it was only towards the end of the Second Tiberium War that mass-production of the Mammoth Mk. II would finally be achieved and even so they were never able to construct that many; indeed no GDI commander has ever been allowed to command more than 1 of these weapons at a time.

The Fall of Britain

Nod forces, with the help of their new Chemical missiles and the Global tunnel system had achieved what had eluded Hitler and Napoleon despite all their victories, the successful invasion of Britain; although the retreating GDI forces would still manage to hold their ground in Scotland.

Throughout Europe, it was the Nod forces that were on the advance and the GDI that were on the retreat. France fell to Nod forces at around the same time as Britain and Nod forces closed in on the GDI in Latvia, Lithuania and Estonia. Aside from in northern Scandanavia, only in either Denmark or Germany did GDI forces hold their ground for the time being against the Nod onslaught.

Kane now transfers his attention to Hammerfest, the heavily fortified bastion of the GDI European command; it would have to fall, but how? 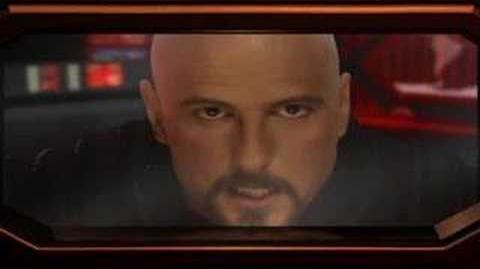 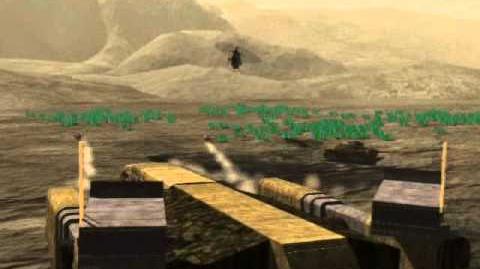