Destroy The GDI Research Facility is the ninth mission in the Nod campaign of Tiberian Sun.

The research facility in this sector must be destroyed before the GDI scientists perfect their Tiberium reduction technology. If Nod forces are to establish a base in the area, the GDI patrols must be eliminated. The mutants may prove to be useful allies.

As a result of their successful false flag attack on the Forgotten base, Nod has managed to finally retrieve the Tacitus and the Forgotten mutants are now hostile towards the GDI due to their apparent agression towards them.

The Forgotten leader Tratos had previously been rescued from Nod hands by Michael McNeil's GDI forces but now he is back in Nod custody. With the apparent treachery of their GDI allies and with Tratos no longer able to provide leadership, the Forgotten flock to the Nod banner.

From the Forgotten Kane received intel that GDI may have a found a serum to reverse the effects of Tiberium Divination. Although Oxanna Kristos was sceptical, Kane nevertheless saw this as a potential threat to his plans. Anton Slavik was given the task of eliminating that threat and decided to use the mutants to aid his attack on the research facility.

The research facility in Texas

The research facility was located in in the large GDI, military zone covering most of Texas, close to the city of Victoria in Texas. Recent gains for Nod within the USA and Mexico since Anton Slavik had arrived made an offensive on Texas now entirely feasible.

Anton Slavik may also have taken the opportunity to retrieve the bio-toxin trucks from a Nod base that had been left abandoned and half ruined since Nod had been driven out of Texas during Michael McNeil's earlier campaign in the USA.

But regardless it was now time to carry out the assault on the facility.

﻿Meeting with the mutants

A Nod informant was inserted into Victoria, Texas and was instructed to locate the mutants at a hospital on the northern outskirts of the city. After the informant dispatched a GDI light infantryman who was guarding a truck full of military supplies near the hospital, the mutants then emerged to retrieve the supplies and the Nod Spy was able to rally them in order to attack the GDI.

The next objective was to clear both sides of the tunnel leading from the city to the GDI research facility using the Forgotten mutants. Deadly skirmishes were fought between the mutants and the GDI patrols, the latter being intially confused as to where the 'shiners' had even sprung up from. Once the Nod informant had led the mutants to the tunnel, they sucsessfully eliminated all the GDI units present at both sides of the tunnel as was planned.

As the mutants headed off to attack the facility, a Nod MCV with an escort force of attack cycles and attack buggies arrived in the area from the south. Nod then moved the MCV to a suitable location and began to construct a base.

The MCV may have been deployed near an abandoned US Missile Silo to the north and if Anton Slavik had previously retrieved the bio-toxin trucks from the abandoned Nod base near Abilene, once they had brought the missile silo under Nod control using an engineer, the two bio-toxin trucks would have arrived in the area and unloaded the stuff at the silo. This would have given the Nod forces the means to manufacture a one-off multi-missile to use in their assault.

As Nod were consolidating their position the mutants bravely advanced; but were hacked down at a GDI outpost south of the GDI base. But mutant reinforcements regularly arrived and launched further attacks on the research facility. Used as cannon-fodder, they likely provided much intelligence about the area for Nod, but would have likely not been a match for the GDI's units and base defenses.

Destruction of the GDI research facility

﻿Thanks to the united efforts of the Forgotten and Nod forces, the research facility was finally in sight. Nod could have cut their losses by wisely using their new artillery in order to raze the facility to the ground from a distance, bombarding the research facility and the rest of the base from the high-ground to the north-west and thus avoiding the majority of the base's defenses. However it was done, the GDI facility was utterly razed to the ground, it's scientific staff killed and their research destroyed.

The capture of Slavik and Oxanna

﻿In the end however, the whole thing turned out to be a trap set by the GDI and the Forgotten who were still secretly working together. Just as Nod had tried to deceive the Forgotten into believing that they were allies against the GDI, the Forgotten had done exactly the same thing to Nod. There had never in fact been a Tiberium anti-mutagen serum being researched at Victoria, Texas; it was just false intelligence deliberately fed to Nod by the Forgotten in order to lure them into the trap that the GDI had planned for them.

Thanks to Nod's 'alliance' with the Forgotten, the GDI had now learned of the secret location in Texas from which Anton Slavik and Oxanna Kristos were commanding the Nod forces involved in the assault on the research facility. As Anton Slavik and Oxanna Kristos celebrated their victory, GDI forces swooped down on their command centre and brought them as captives before a gloating McNeil, supreme commander of GDI forces in the USA and their former captive Umagon.

McNeil mocked the captive Anton Slavik, asking him "Did your great god tell you you were going to die today?" to which Slavik replied "I live for Kane, I die for Kane, the difference is trivial,". It was at this point that Michael McNeil sent Anton Slavik and Oxanna Kristos off into captivity in Europe, sparing their lives.

While their commander had been captured and the research facility they had attacked proved not to have been as valuable as they had been led to believe, Nod forces had even-so managed to regain control of Texas which they had lost to GDI shortly after McNeil's, successful defense of alien warship. Though McNeil had captured his greatest adversaries and sent them into captivity, his strategic position in the USA still looked grim.

Nod had successfully undone most of the gains that Michael McNeil had won during his previous campaigns in that area, while the GDI still held territory in the south-western USA and as far as is known held most of Mexico, Nod had successfully returned to the south-western USA. Though Anton Slavik and Oxanna Kristos would never return to the USA, Michael McNeil was still tied down in the Americas, fighting against a resiliant Nod force that had proven able to recover from all it's previous defeats at his hands.

It is not known exactly what transpired as regards the continuing hostilities between the GDI and Nod forces in the Americas, but it seems to be the case that Nod forces were ultimately victorious in securing control of the south-western USA. The states in that area were to all intents and purposes secede from the Union after the Second Tiberium War, evolving into a sort of Nod dominated Anti-USA that would in the Third Tiberium War be able to briefly occupy the White House and thus symbolically dethrone the actual GDI aligned US government in so far as it could actually still be said to exist.

It was only really in the Third Tiberium War that the campaign fought between the GDI and Nod for control over the USA which had begun with the Nod assault on Phoenix Base was finally concluded. 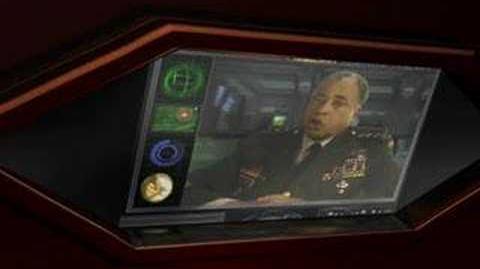 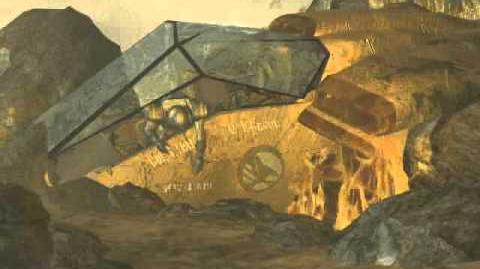