Destroy Radar Array was a GDI side operation to destroy the sensor net that would pick up any intruders wanting to rescue the mutant leader Tratos.

Destroy the three relay stations and the radar array to blackout Nod's sensor net. This will make rescuing Tratos easier, as Nod will not be as quick to detect you.

Having organised the successful repulsion of Nod's assault on the alien crash site, Michael McNeil entered the alien warship. While inside he was ambushed by a female mutant by the name of Umagon and captured. Umagon quickly struck a deal with the GDI commander, trading the location of the Nod General Vega's main base, in exchange for GDI assistance in rescuing the Forgotten leader Tratos from Nod captivity in Mexico.

But with the GDI securely in control, or so it seemed of the south-western United States; Nod forces were busy preparing themselves for a GDI offensive on Nod Mexico launched from the USA. They had constructed an advanced sensor net that would inform them of any hostile forces operating in northern Mexico. The sensor net's core however was located in the vicinity of Torreón; eliminating that core would disrupt the sensor net's functioning and allow for Tratos to be rescued without prematurely alerting Nod to the operation.

With GDI battling Nod worldwide and overstretched, McNeil was granted only a small force to take care of the sensor net core. But periodic reinforcements would later arrive as the operation went ahead. The raiding party first needed to take out the three relay stations while avoiding or defeating Nod patrols before they could destroy the central Radar stations. Also they were to steer clear of any mutated Tiberium fiends and a Nod base that was rumored to be in the area.

Under McNeil's leadership and with the help of periodic reinforcements provided by the GDI central command, the raiding force successfully defeated the guards and fortifications defending the relay stations and took them out. Having done so they were then able to amass for a final assault on the central radar stations and destroy them all. The surviving GDI forces then promptly fled the area.

The destruction of the Radar Arrays cut the heart out of the Nod sensor net as had been intended. With the Nod sensor net down, GDI forces were able to advance undetected over the lengthy US-Mexico border and outmanuevre Nod forces in the region. In this manner the GDI won many victories and gained control of a sizable chunk of Mexican territory.

At the same time, it was now unlikely that the Nod forces defending the hospital facility at which Tratos was imprisoned would be able to detect the approach of a small rescue team. Michael McNeil now set his attention to organising Tratos's release as he had promised Umagon he would. 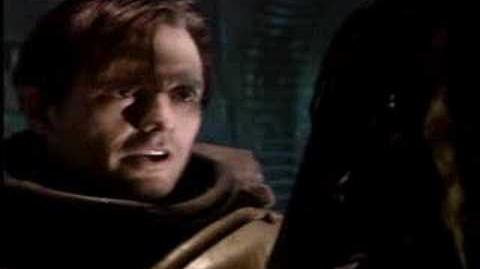