Detention Camps are support structures available to the United States in Generals 1. It is absent from Zero Hour, its function merged into the Strategy Center.

They are constructed on the battlefield by the USA in order to hold military prisoners and gain valuable battlefield intelligence.

From the Detention Camp a commander can access the 'Intelligence' power. Using knowledge gained from inmates and the applied use of satellites, Intelligence enabled US generals to view all enemy units and positions across the battlefield. 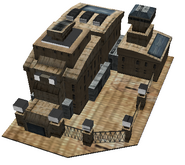 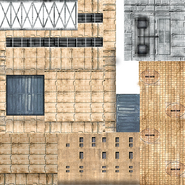 Build 98 Alpha texture
Add an image to this gallery

Retrieved from "https://cnc.fandom.com/wiki/Detention_camp?oldid=163391"
Community content is available under CC-BY-SA unless otherwise noted.