End of Tradition was the first mission in the Allied perspective of Command & Conquer: Red Alert 3: Uprising.

With the Empire officially defeated after Operation Forever Sets the Sun, the Allies occupied its territories and installed a puppet government under the leadership of Crown Prince Tatsu, who survived the battle in Tokyo. However the Allies had not yet disarmed the Imperial military, allowing the surviving Shogunate leaders Shinzo Nagama, Kenji Tenzai and Takara Sato, to rebel against Tatsu. Shinzo was identified as the main leader, located at his ancestral home in the Shin Iga province, where he was believed to be seeking spiritual guidance but was actually rearming. To prevent a successful uprising, the Allies commissioned their best field commander and his intel officer Lt Eva from the last war to assist Tatsu in quelling the insurgency.

Since this was a peacekeeping (not total war) operation, the Allies were limited to some of its advanced technological arsenal . However they did have access to their naval forces and had some assistance from Tatsu's Archer Maidens and Imperial Engineers.

Shinzo however had access to his core infantry forces and limited mecha vehicles at his disposal. He also had naval capability in the area.

Locating Shinzo at his home, an Allied force of infantry initially entered the area escorting the MCV. On their way to an island where they can deploy their base, multiple skirmishes were fought between the Allied force and Shinzo's infantry warriors. IFVs later entered the area. The Allies had to make a long detour to the island following the destruction of the nearest bridge access. Nevertheless the force soon arrived at the island and deployed their MCV.

By now Shinzo was alerted to the Allied presence and immediately sent waves of his forces against the Allied commander, which mostly consisted of infantry but also the occasional naval bombardment. Tatsu granted the commander a small squad of Archer Maidens and Imperial engineers to neutralise the multiple dojos that were responsible for Shinzo's main attacks. Once the Allies captured the dojos, the commander made use of the new Harbinger Gunships and quickly eliminated Shinzo's secondary base supplying the naval forces.

The destruction of Shinzo's naval base allowed the Allies to finally locate his home, which was defended by another base. Wasting no time at all, the Allied commander ordered the Harbinger Gunships to systematically destroy the main base while Cryocopters were called in to freeze Shinzo's house and prevent his escape. After a short while, Shinzo's house was frozen.

However, he had one more trick up his sleeve. He went inside a sudden transport disguised as a Tsunami tank, and called in several real tanks. Luckily the Cryocopters froze the transport just in time, and Shinzo was transported to prison.

With Shinzo in custody, the Allies turned their attention to the next threat - Kenji Tenzai. Tatsu warned the Allied commander to beware of Kenji's tactics despite his arrogant personality.

The first part involves escorting the MCV to the designated location. Unmarkable, as resistance along the way is insignificant relative to the escorts.

As the MCV deploys, an almost complete Allied base is provided. Also, 2 Harbinger Gunships are introduced and granted for use. The main Empire base is located to the southeast. Since it has limited air defense, it can be destroyed with only 2 Harbingers. 4 Apollo Fighters are more than a match for Rocket Angels and Jet Tengus. That base is the only real threat on the map. After its destruction, the rest Imperials can be finished off in any way you wish.

The map will expand as all marked Imperial buildings are destroyed, revealing Shinzo's house and the base around. The base has a powerful production base of 4 Mecha Bays and 2 Barracks, but can be overwhelmed with 5-6 Harbingers with 8 Apollos as escorts.

Finally, use 3-4 Cryocopters to freeze the target building. Then, Shinzo will try to escape by disguising as one of many Tsunami Tanks. It is possible to freeze them all, but freezing only the right one will end the mission. 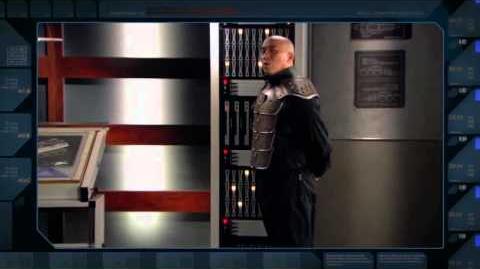